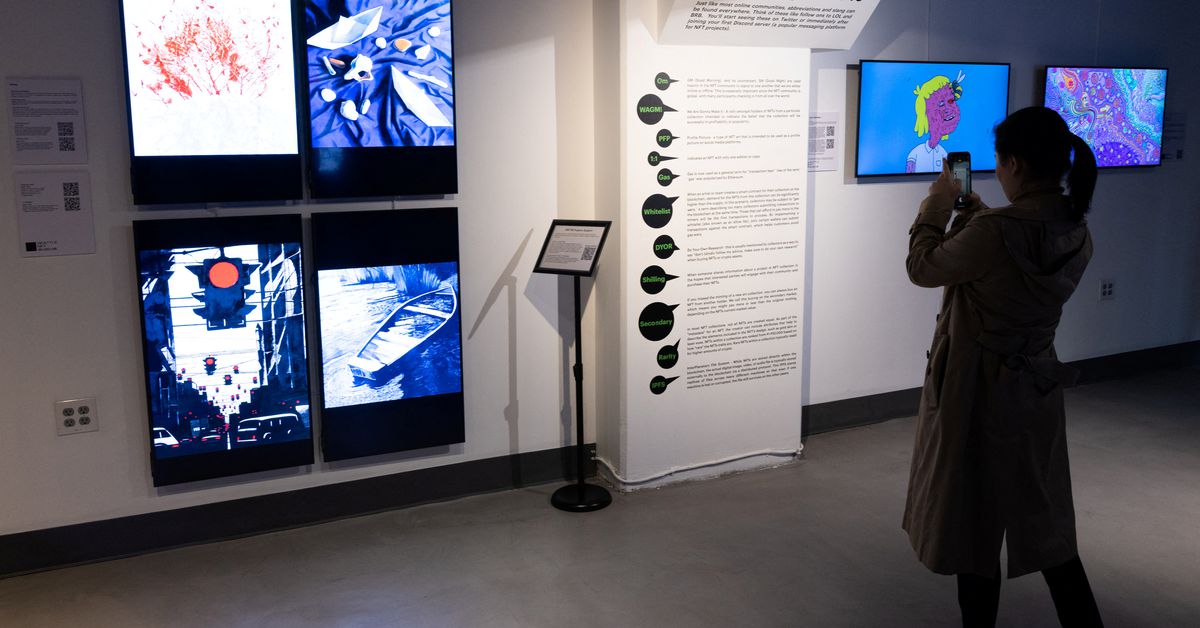 Non-fungible tokens (NFTs) are a type of digital asset that has exploded in popularity recently, with NFT artworks selling for millions of dollars. NFTs exist on a blockchain, a record of transactions kept on networked computers.

The museum opened on January 14 and provides an outlet for artists, creators and collectors to display their NFTs in a physical setting, while aiming to educate the public about this relatively new digital art market.

“We really realized the impact of being able to look at this type of art in a way where you actually slow down, you see all the details,” said Jennifer Wong, co-founder and curator of the Seattle NFT Museum.

Local digital artist Maksim Surguy attended the opening of the museum’s “Climate Conversation” exhibition on April 16, which features his creations which are sold as NFTs online, but can also be printed in physical form.

“It used to be that if you were doing a digital artwork or a physical artwork, there were a lot of limitations on who could see the artwork or how they could own it,” said Surguy, who works in Seattle’s tech industry and has ventured into crypto-based art. a year and a half ago.

According to a March report by Irish firm Research and Markets, the global NFT market is expected to reach over $21 billion in 2022.

“An NFT is really just a contract that signifies ownership of some asset,” said museum co-founder Peter Hamilton. “These tokens…are basically a contract that says this serial number belongs to this work of art, and if you own this token, you are the rightful owner of it.”

The museum has a planned program throughout the year.

“I can’t stress enough how important the educational part of this museum is,” Hamilton said. “We’re trying to get people on board and help them see what the value of NFTs is and help people pull back the curtain a bit on what blockchain is and what it’s for.”