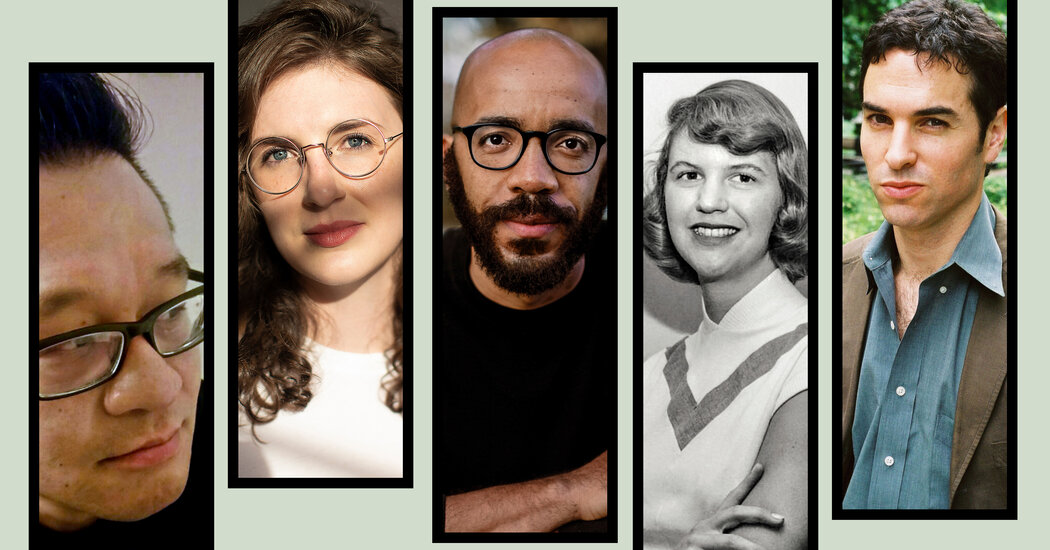 Times critics discuss 2021 in the books, from scattered stars to cover blobs

Film production company A24 recently released a cookbook, “Horror Caviar,” which includes pastry chef Natasha Pickowicz’s recipe for a white chocolate mousse and a dacquoise walnut torte (try repeating this five times from following). The photographs of the crushed pie, its oozing bright red jam, make it both delicious and macabre. I can’t wait to do it and see “Possession”, the 1981 film that inspired him.

YOUNG I like to keep the voices in my head along with other voices, often in podcast form. I store open source episodes, then listen nonstop on days when I have to navigate my way through a jungle of household chores. I suggest starting with the episode starring Cornel West and Susannah Heschel or the conversation with Rebecca Solnit about George Orwell. The host, Christopher Lydon, is a generous and spirited interlocutor who knows how to talk about everything. Whatever! Sometimes I try to think of topics that might confuse him, and then inevitably find an episode on that exact topic lurking in the archives.

Whenever a new episode of Alex Kaschuta’s subversive podcast pops up, I twist my entire schedule to fit it in. As with most of the best things in life, it costs money – you have to subscribe to access the full library – but some episodes are available for free, so you can try a little taste on the app from podcast of your choice and see if you like it.

JACOBS On the contrary, finally watching “The Crown” made me want to read all I could about English royalty, a topic that hasn’t appealed to me since I was, oh, 9? Specifically, Prince Philip and Wallis Simpson, both itchy underdogs, who have played along to a point. (Not keen to see the musical â€œDiana,â€ however, even before reading Jesse Green’s review in The Times – it seems like the epitome of too soon.) And not unrelated, I’m looking forward to the whole weekend. -end “Succession” and the -after analysis on Twitter.

Reading projects already on the horizon for 2022?

JACOBS My father was a psychiatrist who after his death left behind a remarkable professional library, including works by Bruno Bettelheim, Julian Jaynes, and Jeffrey Masson (best known for that decade-long defamation case against the New Yorker because of of a profile of him by Janet Malcolm, herself deceased this year). I would therefore like to devote part of 22 to sorting it out. actually, I need to, because it takes up a lot of shelf space. Analyze that!

SZALAI Even though JM Coetzee wrote some of my favorite novels – books that seemed to shift my center of gravity, so that the world as I understand it has since been different – I have pushed back reading his Jesus trilogy (the first volume published in 2013). Part of this was due to the usual, annoying reasons for not traveling, time being the big – or at least the big excuse. But now that my sense of time is warped and in some ways destroyed by this pandemic, I no longer want the weeks to fade into years without living through the last decade of his work.

COLLECT Then, for me, it’s the 1968 Anne Moody’s memoir, “Coming of Age in Mississippi,” which I just learned about. My satire freak friend tells me I need to find a copy of James Dugan’s 19th century book “Doctor Dispachemquic” (say it out loud), a forgotten medical satire captioned: “A History of the Great plague of the South of 1878 â€. What this friend says, I do.

YOUNG I would like to collect a small pile of Japanese detective novels in translation. At the top of the pile will be Natsuo Kirino’s â€œOutâ€ – a friend who specializes in the genre told me the book is â€œcold and bluntly described, sometimes violent and cruel but no opera about itâ€. and that when the crime at the center of the plot is resolved, I will be imbued with the unpleasant feeling that it is symptomatic of a larger social problem. Sign me up!