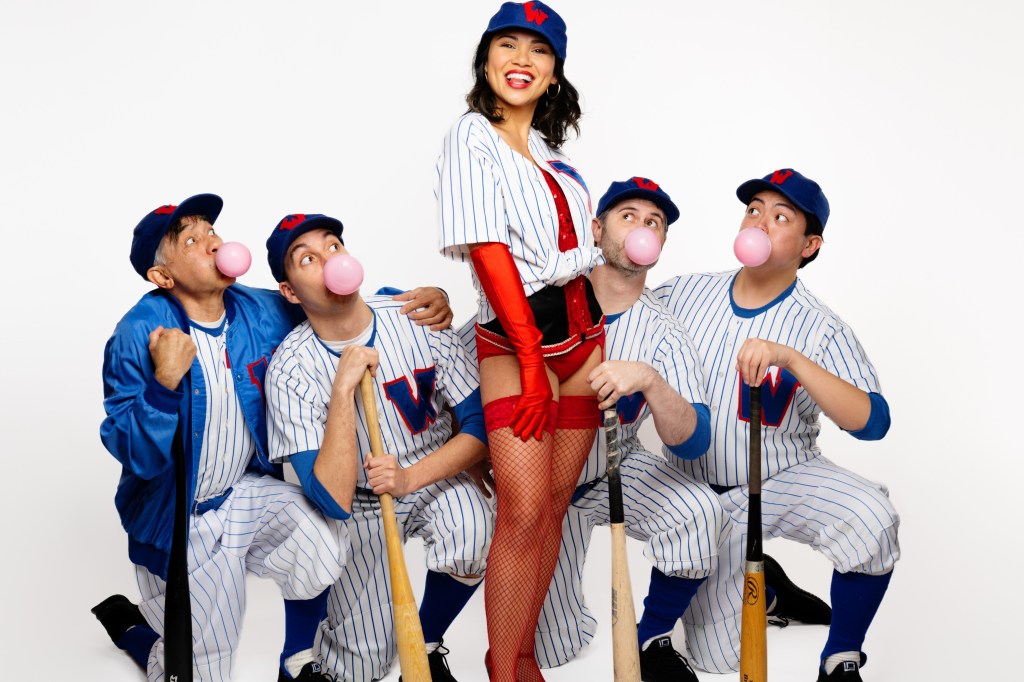 One of my favorite pastimes is going from the ballpark to the stage with the Tri-Valley Repertory Theater production of “Damn Yankees.” As a die-hard Giants fan, I have more colorful adjectives that I apply to this East Coast team, not to mention the adjectives I use for the Dodgers!

Playwrights George Abbott and Douglass Wallop put a modern spin on the Faustian fable with their 1955 Broadway musical which tells the story of Joe Boyd, a frustrated Washington Senators fan, who sells his soul to the devil for l opportunity to lead his team to victory. Mr. Applegate, the devil himself, turns Boyd into Joe Hardy, a 22-year-old puncher. What could go wrong?

LaFayette: The Town Hall Theater will hold its fourth annual Giving Day on May 4. The event, which is expected to raise $10,000 for the theater company, will take place online via Facebook from 9 a.m. to 5 p.m. and will include video interviews with actors, directors, students and designers as well as discussions with the board of directors. administration and staff of the town hall.

The day will conclude with an in-person celebration from 5:30 p.m. to 7 p.m. at the Lafayette Library and Learning Center, 3491 Mount Diablo Blvd. at Lafayette. The company encourages people to come to the library, dance to a live band, and reconnect with other theater supporters. Go to facebook.com/TownHallTheatre for the online game. For more information, call 925-283-1557 or visit townhalltheatre.com.

Walnut Creek: Do you know what movie the song “When You Wish Upon a Star” comes from? Or perhaps what cinematic treasure features “Too Darn Hot”? Find out when the Diablo Women’s Chorale (DWC) sings “Songs from the Silver Screen” at 3 p.m. on May 22 at the Hillside Covenant Church at 2060 Magnolia Way in Walnut Creek. The program includes songs from the 1950s to 2010.

The band invites members of the public to stay after the concert and enjoy refreshments with members of the DWC. They also encourage anyone who enjoys singing to speak to the members or director Erin Fishler about the audition. For more information, call 800-838-3006 or visit brownpapertickets.com/event/5435895.

Also in Walnut Creek: The latest theatrical casualty of COVID-19 is Center Rep and its production of “Our Town.” The Thornton Wilder favorite has canceled his first week of performances due to a cast member testing positive for COVID. The show now only runs through May 7 at 1601 Civic Drive at the Lesher Center for the Arts in Walnut Creek. For more information, call 925-943-SHOW or visit lesherartscenter.org.

Also at the Lesher: Young Rep has announced that its theater training program is back. Now in its 49th year, Young Rep trains and develops students interested in the theater arts as a vocation or serious hobby. The six-week intensive summer camp for ages 12 and up will take place June 13 through July 28 at the Lesher Center. Anyone interested in auditioning for the program should call 925-295-1400.

“Since the foundation had recently produced the play as a film, as well as live, the podcast producer reached out to the foundation for an interview,” says Hayes. “It’s good to know that we are reaching people in remote places.”

San Francisco: SF Playhouse will open another intriguing play on May 4. This time it’s “The Paper Dreams of Harry Chin” by Jessica Huang, which will run until June 18.

Huang’s play follows a Chinese national who entered the United States by purchasing false documents during the Chinese Exclusion Act of 1882. Like other “paper sons,” Chin lived the rest of his life keeping secrets. Through dreamlike leaps in time and space and with the powerful help of ghosts, the story of the Chin family reveals the personal and political repercussions of the illegality of a group of people.