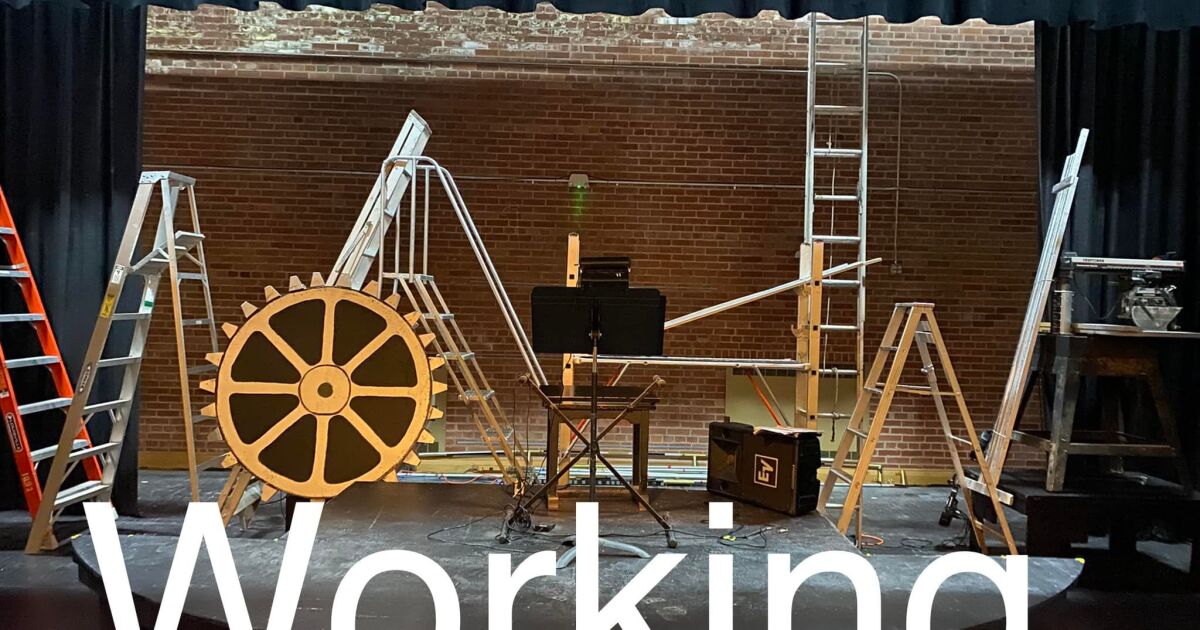 Theater Talk: Anthony returns from a trip to Broadway to see COMPANY, MINUTES and BIRTHDAY CANDLES

It also saw BIRTHDAY CANDLES (developed by Chautauqua’s Vivienne Benesch) with Debra Messing (Will & Grace) returning to the stage as Ernestine Ashworth, who is spending her 17th birthday agonizing over her insignificance in the universe. (By the Roundabout Theater…” and soon enough, it’s his 18th birthday. Even sooner, his 41st. His 70th. His 101st. Five generations, dozens of goldfish, endless dreams, a cake cooked over a century. transforms a life… into a life?”).

And Anthony also read MINUTES by Tracey Letts (who also wrote the Pulitzer Prize, Best Play Tony winner AUGUST: OSAGE COUNTY) about a small town city council meeting where the minutes of the last meeting has disappeared. Since they are planning the town’s “Heritage Festival” and the name of the high school football team is “The Savages”, Anthony thinks you can tell where the council meeting is heading.

The THEATER LISTS below are accurate as of this Friday morning April 1, but check with the venue frequently. Pro tip: Visit websites to buy tickets, but also check with Facebook, which often has the most up-to-date information on cancellations and postponements.

REMNANTS BLURB: In groups of six, audiences will experience moments from the past and construct new meanings in the present. Drawing inspiration from the original Torn Space mythology, this project contains traces of past works combined in a fresh and intimate installation with limited and staggered seating. Tickets are offered in 30-minute time blocks and purchasers in each time block will enter every fifteen minutes to allow for adequate spacing and comfortable circulation throughout the facility.

WORKING BLURB: “Working explores what makes our work meaningful in all areas of life. Whether it’s in an office, a restaurant, your home or you’re retired, this musical reminds us to celebrate not only what we do, but how we do it.”

“Updated in 2009, WORKING delves into Studs Terkel’s original interviews from the 1960s and 1970s, and brings them into today’s conversation. Based on the book by Studs Terkel, adapted by Stephen Schwartz and Nina Faso, with additional contributions from Gordon Greenberg and Lin-Manuel Miranda.”

“This production marks the premiere of the localized version of this powerful show, with both the script and score reflecting updates that bring the characters and their stories to Western New York and the present day.”

NEXT (in alphabetical order):

BERSERKER, by Bruce Walsh (Mazumdar Prize-winning world premiere) directed by Robyn Lee Horn, starring Patrick Cameron, Kelly Copps, Haleigh Curr and Sara Kow-Falcone, March 31 to April 23, 2022, presented by Alleyway Theatre, Thursday to Saturday at 7:30 a.m., at One Curtain Up Alley (between Pearl and Main along the back wall of Shea’s) Buffalo NY 14202 alleyway.com (716-852-2600)

BERSERKER BLURB: In this award-winning new play, an idealistic teacher comes face-to-face with a bear in the desert and finds himself in a midlife crisis. He leaves his partner, child, and students in pursuit of a new career where he strikes up an unlikely friendship with a young boy, as they help each other move forward into a brave new future. Oh yes, and Led Zeppelin.

STAGE KISS BLURB: Two actors and ex-lovers come face to face in an off-Broadway melodrama from the 1930s. It doesn’t take long for the lines between life and art to blur, while wacky antics of the game in the game make it an unforgettable romantic comedy.

BLURB BEST PLAN(S): Bennett won’t believe what his best friend and sister keep telling him: that his girlfriend Nina might be a little toxic. And Bennett won’t believe what Nina tells him: that his best friend Jason has feelings for him. After a destructive but possibly accidental event, Bennett is stunned to discover that labels lose and love wins – if only anyone but his plants believed him.

THE LOVE LIST BLURB: Canadian playwright Norm Foster (LADIES FOURSOME; ON NAME BASIS) has Leon and Bill concocting a list of the top 10 qualities that make the perfect mate. When that ideal woman actually arrives, revisions have to be made. “Be careful what you wish for” is good advice.

ANASTASIA BLURB: The new romantic and adventurous musical ANASTASIA is finally at home in Buffalo! This dazzling spectacle will transport you from the twilight of the Russian Empire to the euphoria of 1920s Paris, as a brave young woman sets out to uncover the mystery of her past. Theatrical haze, CO2 ground fog, strobe effects. Recommended from 7 years old. Children under 5 years old will not be admitted. Autonomy: 2 hours, 25 minutes

AIN’T TOO PROUD PRESENTATION: Ain’t Too Proud – The Life and Times of The Temptations is the electrifying new Broadway musical following the Temptations’ extraordinary journey from the streets of Detroit to the Rock & Roll Hall of Fame.

Winner of the 2019 Tony Award for Best Choreography, it’s a gripping story of brotherhood, family, loyalty and betrayal during a decade of civil unrest in America. To the beat of the group’s favorite hits, including “My Girl”, “Just My Imagination”, “Get Ready”, “Papa Was a Rolling Stone”, Ain’t Too Proud tells the unforgettable story of the legendary quintet that Billboard Magazine named the greatest R&B group of all time. The production uses an on-stage smoke effect. The production uses Haze during the performance. Recommended age from 12 years old (some languages ​​and adult content) Duration: 2 hours and 10 minutes

BROADWAY BUCKET LIST BLURB: SGT’s annual concert fundraiser returns in person with Buffalo’s top performers singing their favorite songs, whether they like it or not! Your $50 ticket includes show admission and appetizers. Cash bar, raffle and silent auction available.

THE OTHER JOSH COHEN BLURB: Josh Cohen just can’t take a break. He’s single, broke, and to top it all off, his apartment has had everything but a Neil Diamond CD stolen. Broken and alone, all hope seems lost – until a mysterious letter arrives that changes his life forever. So begins the hilarious, offbeat romantic comedy about a good guy caught in a lifelong battle with bad luck.

It features a six-member ensemble with two actors who play the same unhappy but warm-hearted lead character – to a turbulent year – in a 90-minute fest of laughs that will change the lives of the whole family and make you feel better about yourself. world !

AND IN CASE YOU HAVE IT…

Highly anticipated, Shea’s Buffalo sent out the blast of emails last week announcing the M&T Broadway series for 2022-2023 which includes:

Rossgram and app bans: Why Russia might struggle to maintain its digital iron curtain