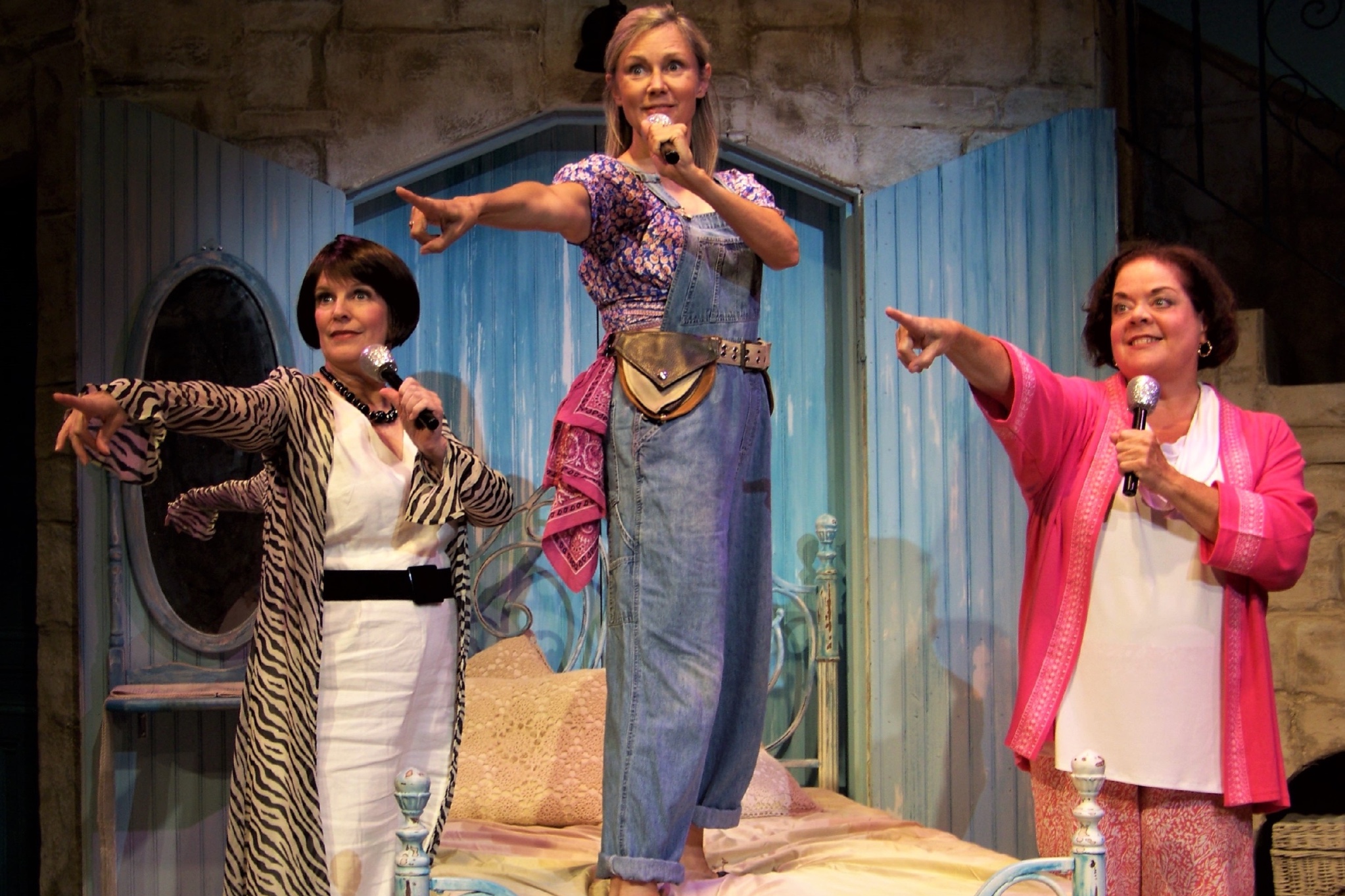 First of all, I love “Mamma Mia!” Brilliantly made, amateur made, fine or mediocre, I love this show. Play me the music, sing me the songs, say the dialogue, that’s all I ask. In the new production at the Majestic Theater in West Springfield, Mass., they speak the dialogue, play the music and sing the songs. I had a good time. It was early in the race and there were issues, but nothing that couldn’t be fixed, fixed and improved – I hope. There are enough professionals in the cast to make a difference. There is excellent talent in the design team, and the director, who is the artistic director of the company, has obviously seen at least one major production of this show in the past. He gave us what the show calls for.

The major difficulty of this production was the sound. The balance was off; the band was too mic, drowning out the vocalists, and the background chorus was almost inaudible. Not all microphones were working either, causing characters to be heard. A few vocals were insecure and missing notes and sometimes losing melodies. Still, this is a show whose songs come from the disco era – defined that era really – and they’re all so familiar you can sing them in your head and if the actor on stage missed a note or a sentence, you already have it in your inner ear and therefore hardly miss anything. That’s the joy of this show: even if you don’t know it, you already know it.

The main eight are doing well. Vivienne Damon is wonderful and Sam Snyder too despite his microphone problems. Cate Damon is extremely good, as is Lori Efford. Ben Ashley plays his role wonderfully and Gene Choquette is funny and touching.

The performers of the chorus and the minor roles do remarkably well; some are delightfully funny. Michael Garcia is particularly good as Father Alexandro in the wedding scene.

The show is set to a well-designed and executed set by Greg Trochlil, and the Dawn McKay-designed costumes are everything they should be down to the flippers (it’s in the first act finale). Russell Garrett, who plays Harry, is also the show’s choreographer and his zesty, exuberant dances are about to stop the show, they’re so well done. They are aided by the excellent lighting designed by Daniel D. Rist, who, unlike so many other designers, actually knows that night is different from daylight. Musical director Mitch Chakour gets the most out of his five musicians.

“Mamma Mia!”, with its iconic ABBA score, will have you tapping your feet and wanting to sing along almost every moment of the show. It’s hard not to when the band strings together “Dancing Queen”, “Money, Money, Money”, “Does Your Mother Know”, “Chiqutita”, “The Winner Takes It All”, and many more. And don’t leave during the curtain call, people; you will miss the most beautiful and funniest moments of the series. If you do, it will be your own Waterloo.

“Mom Mia!” plays at the Majestic Theatre, 131 Elm Street, West Springfield, through October 16. For more information and tickets, call 413-747-7797 or go online at the theater’s website.