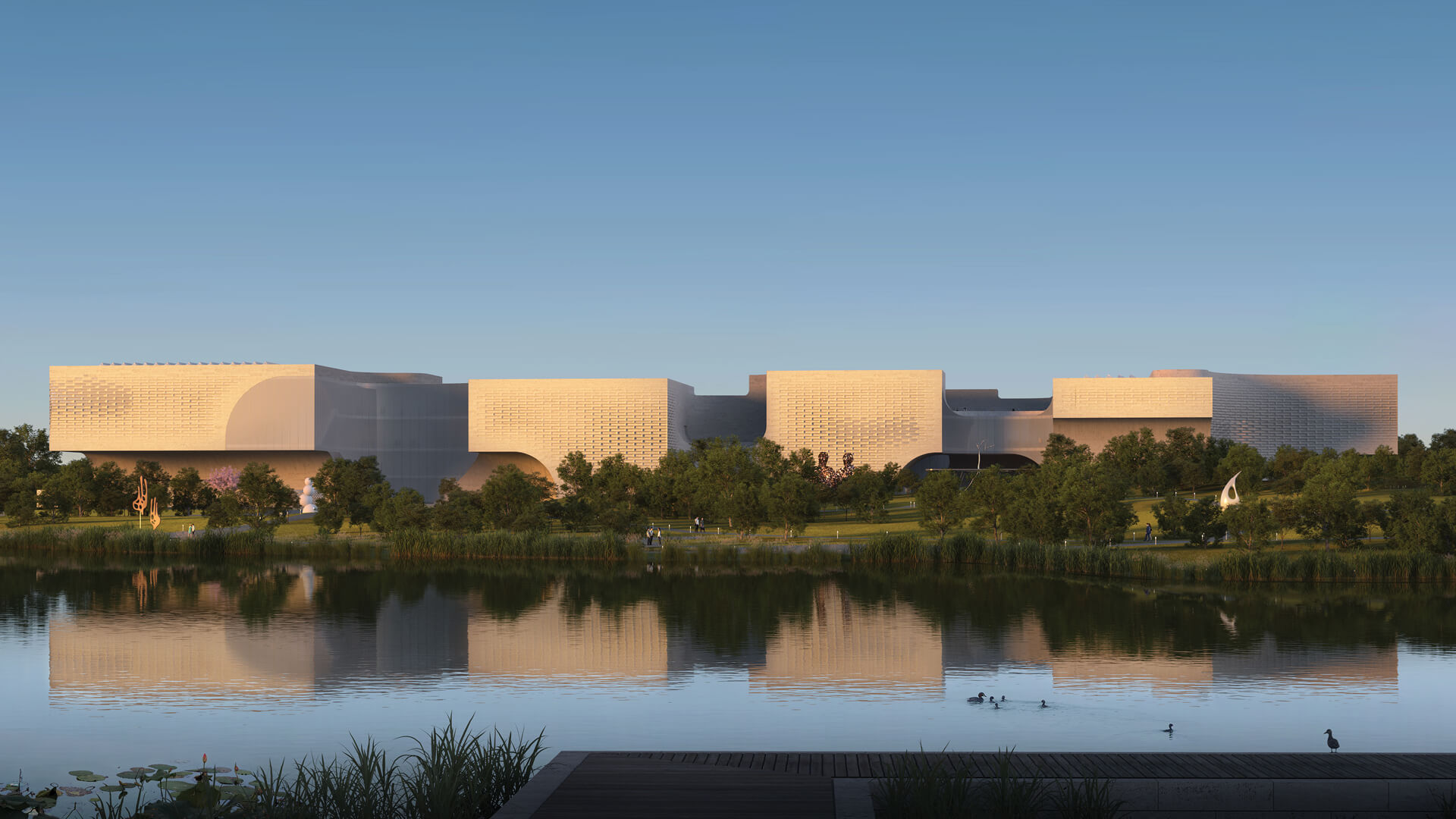 Ennead Architects’ proposal won the competition for the design of the Wuxi Museum of Art in the historic port city of Wuxi in China. The new art and culture center will take shape in the Shangxianhe Wetland Park, expanding the need for architecture to respond and inhabit in harmony with the natural environment. Responding to the geographical and cultural sensitivity of the site, the proposal by Ennead Architects, based in New York and Shanghai, is inspired by traditional Chinese gardens, the heritage of which has long been part of the Wuxi-Suzhou-Shanghai region. . “The site design and architectural form of the museum are closely linked to the natural context and integrate the museum experience with the natural environment,” the architects say in an official statement.

Striking a balance between Chinese architecture and the natural landscape of the wetland, the concept of Wuxi Museum and Art Park is inspired by the stone scholar Taihu. Scholar stones, whether natural or fashioned, were prized by Chinese scholars and are often associated with the notions of contemplation, poetry, and natural forces. Shaping the form into an architectural metaphor for the concept, the art museum presented itself to the site as a contemplative and complex spatial structure. In addition to a strong design character that appears inviting, the building also submits to the larger natural context.


The design of the art museum with fissures and subtractions in its larger volume, stages an interesting space, one that establishes visual connectivity to and from the building. The architects establish a similarity between this intervention and the concepts of learned stones, comparing the voids thus created “to the erosion of spiritual stones by the natural forces of wind and water”. Representing inspirations from the stonework of Taihu scholars and traditional Chinese gardens, the Wuxi Art Museum not only translates these concepts into formal proposals, but offers an additional experiential aspect.

At the intersection of art, architecture and nature, a civic square that can display public art presents the museum, nestled in the middle of nature, to visitors. The reference point of the museum is a central courtyard with a waterscape filled with water lilies. This space, bearer of reflection and tranquility, remains visually connected to the adjacent programs and to the walkways that criss-cross the upper galleries. Cutting voids in the mass, the design establishes distinctive outdoor spaces that can be used to hold art exhibitions within the natural surroundings of the exteriors.

The facade design with unique perforations and textures not only shapes the elevations of the museum, but also elevates the interior experience. The stone facade becomes an integral part of the design, guiding in a play of light to the interiors and framing the views to the exteriors. In addition to the perforation, the translucent glass curtain wall also adds to the multiple characters of the facade, displayed day and night. “During the day, the articulated limestone facade creates a textured expression and an interesting dialogue between smooth surfaces and porous shapes and areas of roughness,” the architects mention. Extending the concept to materiality, the stone facade resembles the Scholar’s Stones, where voids and crevices help add a level of interest and entrance to the viewer. Encompassing design elements to reflect the concept, the architects extend an interesting dialogue on how a building form can create an integrated relationship between landscape, environment and architecture.