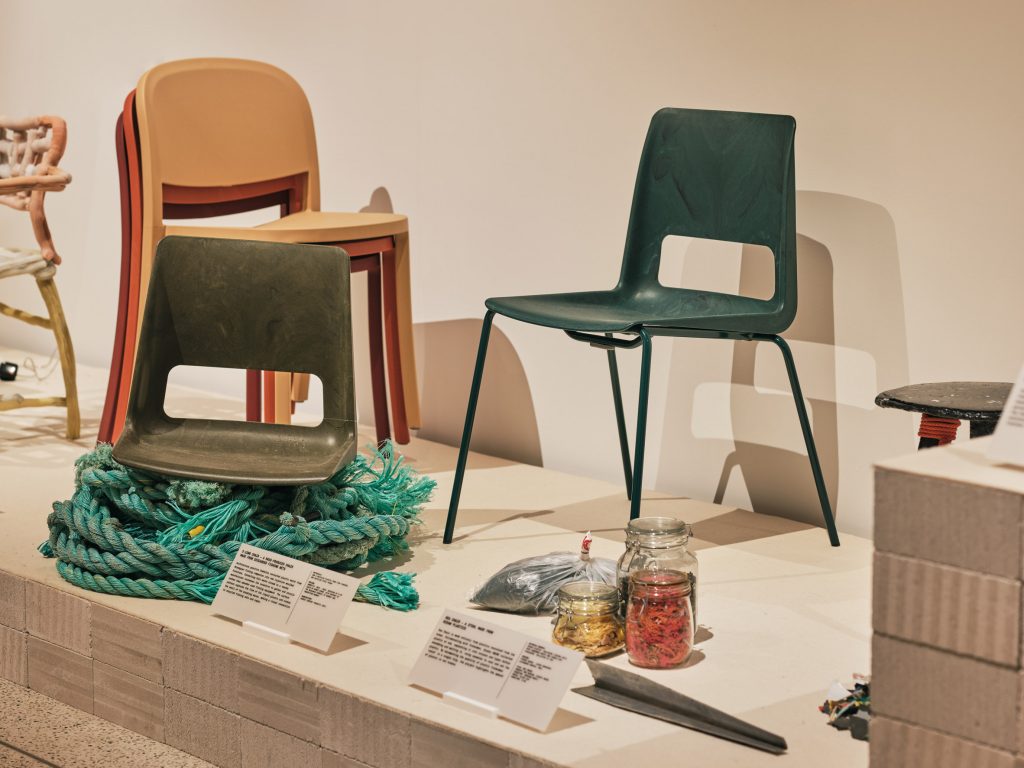 The waste crisis is a “design mess”, according to the curator of the exhibition Waste Age

The Waste Age exhibition, which opens today at the Design Museum in London, explores how design has contributed to the rise of throwaway culture and how the industry can help create an alternative circular economy that not exploit the planet.

Through three sections and more than 300 objects, it takes stock of the global waste crisis and presents a range of possible solutions developed by creators of products, fashion and buildings from reclaimed and natural materials.

The central thesis of the exhibition is that just as humanity experienced the Stone Age and the Steam Age, we now live in an era of waste defined by convenience and single-use disposables.

â€œWaste is something we tend to think of as on the outskirts and that’s where we prefer it, out of sight and out of mind,â€ said the Design museumJustin McGuirk’s Chief Curator.

â€œBut what if the waste was not peripheral? What if they were absolutely at the heart of the culture we created? “

Scheduled to coincide with the upcoming UN COP26 conference, the exhibition seeks to make waste a key point of attention for designers in the fight against climate change.

â€œWe wanted to focus on the waste issue because we think that’s where design has the most impact,â€ McGuirk told Dezeen.

â€œWhen you talk about carbon emissions, there are things that designers can help with, but it’s not really a design issue. Whereas when you think of waste, most of the waste occurs in the manufacturing of products. “

“It is, in a way, a design mess,” agreed exhibition curator Gemma Curtain. “But we can certainly change the way we react in the future.”

With this in mind, the design of the exhibition by the local studio Material cultures focuses on renewable materials and reuses components from the museum’s recent Charlotte Perriand exhibit, while Sophie Thomas of the URGE climate collective is conducting an environmental audit of the exhibit to assess its footprint.

â€œIt’s a show about how we’re rethinking design across the board and envisioning a future where we create less waste,â€ McGuirk said. “It won’t just mean recycling. It will be a complete shift towards cultivating materials rather than mining.”

Before visitors enter the exhibition, they are greeted by a newly commissioned installation by architect Arthur Mamou-Mani, which hangs in the foyer of the Design Museum and explores how PLA bioplastic and wood pulp can be 3D printed to create recyclable building materials.

The first section, titled Peak Waste, traces the rise of the commodity culture from the industrial revolution, with the advent of disposable plastics and design strategies such as planned obsolescence.

â€œHumans are not wasteful by nature, we have had to learn waste,â€ McGuirk told Dezeen.

“There are anecdotes of people in the 1950s hanging on to plastic bags and meal trays and they had to be told, through advertisements, that it was okay to throw them away, that they had no value, “he continued.

“So the plastics industry flourished. But we were set up to fail.” 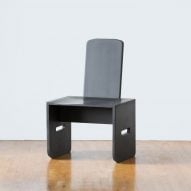 The Evolve chair is made from recycled plastic from discarded laptops

This introductory section introduces some of the early examples of disposable cutlery and plastic water bottles, as well as visualizing the scale of the global waste crisis.

A new commission by artist Ibrahim Mahama incorporates e-waste from the famous Agbogbloshie landfill in Ghana and examines the failings of the current waste management system, which sees waste from the West “dumped in poor countries” in Africa and Southeast Asia.

The second section, titled Precious Waste, identifies the work of designers and architects who treat waste as an abundant resource to be exploited.

He begins by showing everyday objects such as an iPhone or a Volkswagen Beetle as the sum of their constituent materials, in a series of works from Studio Drift’s Materialism series.

From there, he showcases designs made from salvaged materials, including SnÃ¸hetta’s S-1500 marine plastic chair, bricks formed from construction waste, and Phoebe’s English clothing with Codelite buttons made from of curds that would otherwise have been thrown away.

Architecture is also represented through projects such as the renovation by Lacaton & Vassal of a 1960s housing estate in Bordeaux, France.

â€œI think they’re some of the most important architects working today because they don’t believe in demolition,â€ McGuirk said. “The mere waste of embodied carbon and energy is ludicrous.”

The final part of the exhibition looks to a â€œpost-wasteâ€ future, highlighting experimental projects that substitute extractive and emission-intensive materials of the 20th century for natural, renewable and often biodegradable alternatives.

Among them, Totomoxtle, a wood substitute derived from corn bark, a couture dress by Charlotte McCurdy and Phillip Lim covered in bioplastic algae sequins and a architectural column by Blast Studio made from scraps of coffee cups that have been fed with fungus mycelium, turned into mud and then 3D printed.

This final section also looks at systems overhaul initiatives around waste, from a case study of Japan’s first zero waste city to Framework, a modular laptop that can be easily repaired and upgraded much like a Fairphone.

â€œWe don’t have an economy that helps people fix or recycle things, so of course they take the path of least resistance and throw those things away,â€ McGuirk explained.

â€œThe message from businesses is that it depends on consumer behavior, but we’ve taken a stand with this exposure that consumers just don’t have viable choices. And things are meant to last for short periods of time, so the whole system is broken. “

The photograph is by Felix Speller.

Waste Age is playing at Design museum in London until February 20, 2022. See Dezeen Events Guide for an up-to-date list of architecture and design events happening around the world.