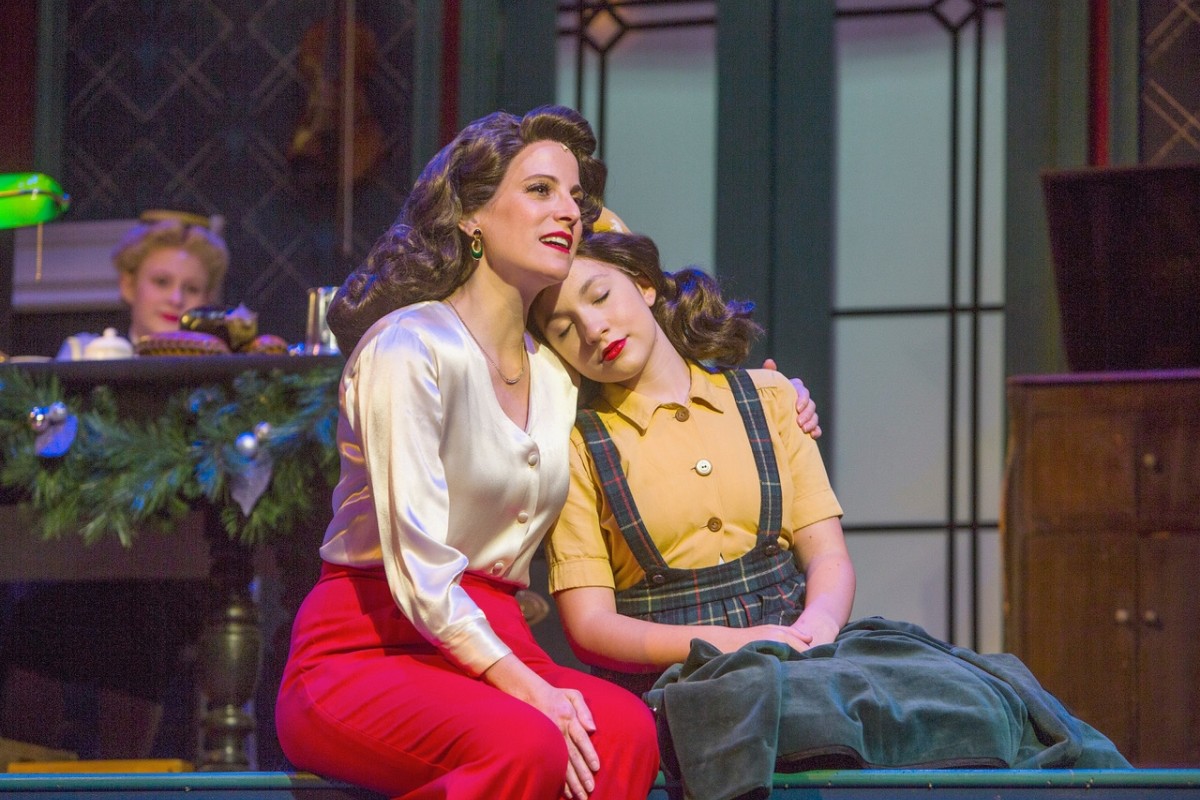 The word “hope” in capital letters greeted spectators on Saturday at the Bangor Opera House, where the first live performance in 20 months took place.

Projected in white letters on the opulent new teal curtain, the word represented what got the staff of the Penobscot Theater Company and their supporters through the coronavirus pandemic and its aftermath, Executive Director Jen Shepard, who took charge from the professional theater company last summer, the opening night audience said.

Hope is also the theme of “Miracle on 34th Street, A Live Musical Radio Play,” the company’s 48th season opening show. PTC presented a similar production based on the holiday movie “It’s a Wonderful Life” in 2015. For decades, the company played Charles Dickens’ “A Christmas Carol” in December, but switched to musicals about. 10 years.

This year’s holiday show is based on the 1947 film “Miracle on 34th Street”, in which a man who claims to be Kris Kringle and works as Santa Claus at Macy’s department store in New York turns out to be the real deal. . There is romance, business rivalry, and an uncertain girl who turns into a true believer.

“Miracle”, the play and film, are not as well written as the two versions of “C’est une vie marveleuse”, released in 1946. The characters in “Miracle on 34th Street” are not as intriguing, l The plot is not as complex and there is not an angel trying to gain his wings.

Shepard ran this season’s holiday show with a skillful hand, bringing in talented actors, both local and overseas, to create a tight ensemble. The cast and crew energetically embraced the spirit of a live radio play with big microphones, flashing applause panels, commercial jingles for local businesses, a live band, and artist Foley doing effects. sound on stage.

The show’s biggest flaw was high school student Sophia Steadman’s placement as Foley artist behind the scenes where it was difficult for the audience to see all the things she was using to create the sounds of the doors slammed, shutting windows, pouring coffee, hammer and violin. Few spectators in the area had the opportunity to see sound effects, so moving it down the stage would have allowed the audience to learn more about this stage secret.

The heart of “Miracle on 34th Street” is, of course, Kris Kringle. Ben Laymen gives the character a calming warmth and kind demeanor, the exact opposite of his role in PTC’s latest holiday live show when his schoolteacher, Miss Agatha Trunchbull, portrayed meanness in “Matilda, the Comedy. musical “.

It was hard to recognize Layman under all those fluffy white whiskers like Kringle.

The soul of the show belongs to Brenna T. Converse as Susan Walker. A grade eight student at Bucksport Middle School, she exudes wisdom beyond her years as a girl who more than wants a home for her family. Converse was a natural on stage and stuck with professional and more experienced actors. The joy she showed when Susan discovered how to use her imagination was infectious.

Grace Livingston-Kramer plays a variety of roles, but she almost steals the show every time she picks up a cigar, tilts her legs, and becomes RH Macy, owner of the famous New York department store. His portrayal of the cartoon-like mogul was funny and fun to watch, especially when he has to shake hands with his business rival Gimbel.

Out-of-state Jazmin Gorsline, Reggie Whitehead, along with local actors Ira Kramer and Heather Astbury-Libby complete the case. Gorsline and Kramer are convincingly kind as Doris Walker, Susan’s mother, and Fred Gailey, her neighbor, who fall in love while trying to save Kris Kringle.

“Miracle on 34th Street, A Live Musical Radio Play” was adapted from the 1947 Lux radio show by Lance Arthur Smith. The original songs and arrangements are by Jon Lorenz. It was commissioned and first performed by the San Diego Musical Theater six years ago. Those unfamiliar with the plot of the film and how the radio was broadcast with a live audience may find the plot a bit difficult to follow.

The design team of Sean McClelland, set designer, Scout Hough, lighting designer, Neil E. Graham, sound designer, Kevin Jacob Koski, costume designer, and Meredith R. Perry, real estate designer and Foley, created an atmosphere colorful and fun that made it easy for the actors to move around and convince audiences that it was indeed a radio show.

The group with Larrance Fingerhut on piano, Tommy Libby on drums and percussion and Jean G. Pocius Dorismond on brass never missed a beat. The jazzed up interpretations of Christmas carols by the musicians were delightfully inventive.

Whether or not theatergoers leave the show hopeful or not depends on what they need from the live theater after such a long, unwelcome hiatus. This viewer preferred the â€œHell is Othersâ€ theme of Some Theater Company’s â€œNo Exitâ€ to the upbeat and hopeful tale of whether Santa is a real person or not.

However, most viewers will be grateful for the hope the show offers.

“Miracle on 34th Street, A Live Musical Radio Play” will run until December 26th. Proof of COVID-19 vaccination is required and masks must be worn throughout the show. For more information, call 942-3333 or visit https://www.penobscottheatre.org.

More articles from the BDN

The Imperial tiles of Exagres among the novelties on Dezeen Showroom