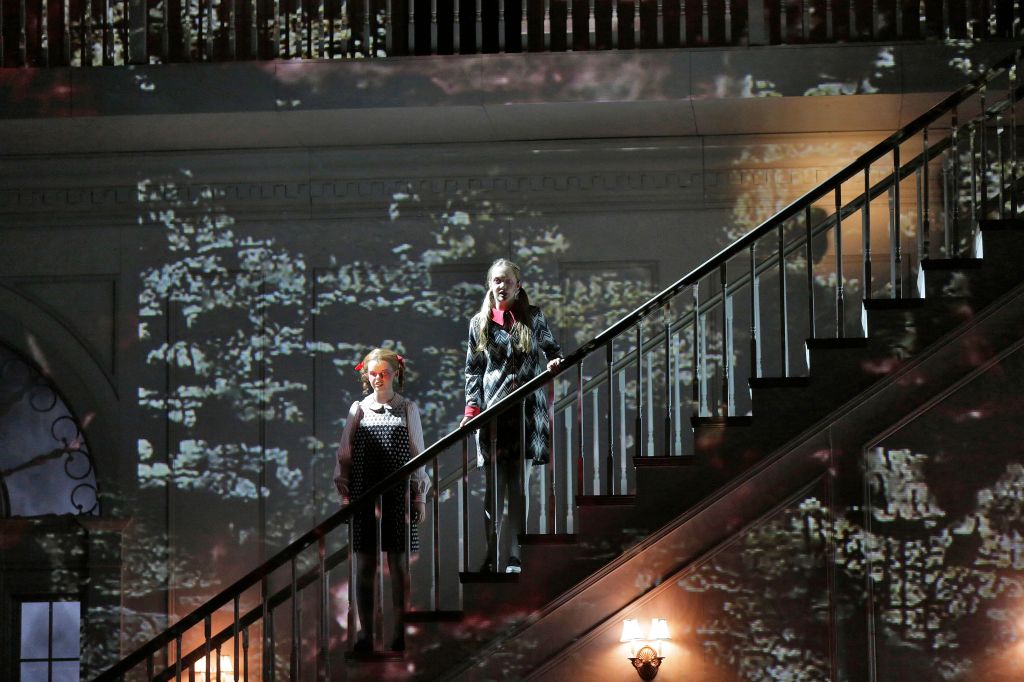 The opera “The Shining” is destined to be a classic. To see in Denver in February

When audiences and critics alike gathered in 2016 to watch the premiere of Minnesota Opera’s “The Shining,” the excitement — and anticipation for what it might mean for the art form — was stratospheric.

If you are going to

Opera Colorado will present “The Shining” from February 26 to March 6 at the Ellie Caulkins Opera House at the Denver Performing Arts Complex. Tickets and info: operacolorado.org or 303-468-2030.

Of course, there had been an unusual number of new operas created during this decade and many of them were exceptional, relevant for the time and user-friendly. But none had the potential to attract so much attention and so many new customers to the opera industry.

There was the creative team of composer Paul Moravec and librettist Mark Campbell, both Pulitzer Prize winners who were leading their field with forward-looking work. There were the adventurous artistic staff of Minnesota Opera itself, who, against all odds, had earned a reputation for incubating original works that resonated widely.

Above all, there was the title itself, which began life as a novel written by Stephen King, the hugely popular author who made horror respectable, and which had morphed into a movie starring Jack Nicholson who got off to a slow start (hey, it opened the same weekend as “The Empire Strikes Back”) but has become a cinematic icon who regularly appears on top movie lists. America loves “The Shining”.

And, in fact, when the curtain fell on the opera’s unveiling in May 2016, everyone at St. Paul’s Ordway Theater seemed to love this musical version. too much. The writers found an elegant and eerie voice that skillfully captured the mood and edginess of King’s plot and characters. The staging was audaciously bloody and high-tech enough that the penultimate fiery outburst from the spooky Overlook Hotel felt palpable even to people high up on the balcony. This opera was a winner.

Then… not much happened. “The Shining” kind of disappeared. No major resurrections in other cities, no new productions that could push the special effects even higher.

The opera is still destined to be a classic. He has so much goodness for it; no doubt people will pay to see him wherever he turns up in the future. It happened again.

The reason why “The Shining”, which received good reviews, has stalled while other recent American-made works – like, for example, “Dead Man Walking” or “Silent Night “War-themed – turn into repertoire standards is something of a mystery, and one that could be solved with the Minnesota staging’s upcoming rehearsals for Denver’s Colorado Opera this month- ci and the Lyric Opera of Kansas City soon after.

Part of the delay was caused by the pandemic. Opera companies had planned to stage the work, but their lineup was canceled when theaters around the world went dark. Opera Colorado originally expected the show to open its 2020 season. Here we are, already in 2022.

Another part could be down to the aura of King himself, a mysterious man known for keeping tight control over his creative output.

“There was kind of a rumor going around the business that it was impossible to get the rights to Stephen King,” Campbell said in an interview last week. “The opera companies have become timid.”

It is simply not true. King does not control where or how the opera is performed, Campbell said. Although he insisted that the opera be approved before it was first staged, he was never difficult or overly involved.

In fact, Campbell said, when he submitted his final draft to King on Thanksgiving week in 2015, he received the official green light less than 24 hours later. King, who is used to the concessions needed with adaptations, “didn’t ask for any changes or anything,” Campbell said.

In the end, maybe it’s just that the genre, horror, is a bit too much for opera. The art form does ghost and death scenes very well, and it’s not above a bit of gore. For more than a century, audiences have watched this infamous severed head come out on a set in Strauss’ “Salome.” There’s also Sweeney Todd, Stephen Sondheim’s barbershop epic, which is popular with opera companies, although it’s more of a musical piece.

Stephen King-level psychodrama – hidden spirits, domestic violence, outright cruelty – may be too intense for audiences more accustomed to their measured darkness with far from chilling sensibilities of titles, such as the grim but cartoonish guilt- festival “Don Giovanni.

But “The Shining” is the best argument that opera can be a suitable format for horror, perhaps even better than cinema, which relies on spoken dialogue. Moravec squeezes spooky sounds out of the orchestra, and they go much further than attributing the kind of shrill bursts to the violin section expected by audiences familiar with horror movies. He builds themes that laboriously increase the tension until the big bang ends this familiar story.

“Music is an abstract art form and it goes to these crazy, dark places where words can’t go – and that’s what horror does,” Campbell said.

For his part, Campbell adapts the story – the man takes his family to an abandoned, haunted hotel in the snow-capped Rocky Mountains; the man goes mad; the man torments the woman and the child – in a way that allows the characters to develop and the narrative to progress with logic. In this way, the opera is better than the off-the-charts film, and more like the work of literary fiction King created in 1977.

Campbell, who wrote a considerable number of 40 booklets, many of which are adaptations of existing material, said he examined both versions of “The Shining” as he plotted the words. While he appreciated them on their merits, the film offered less of a dramatic arc. Lead character Jack Torrance goes “from dumb to dumb” in director Stanley Kubrick’s 1980 horror film, while the novel offered “a character I was interested in in Jack Torrance”, Campbell said.

With this as inspiration, audiences better not walk into the opera expecting to hear cinematic-only lines like Nicholson’s signature “Here’s Johnny!”

Yet the play retains the spirit of the beloved and dreaded “The Shining” along with its monster cast, including the Grady Twins, little sisters you don’t want to meet in an abandoned hotel – even if that hotel, which was based on the current Stanley Hotel in nearby Estes Park, bears some resemblance to the home of many Coloradans.

It’s also full of visceral thrills and special effects, thanks in part to an excess of projection that conveys deep mystery and a sensational incendiary ending.

The piece will be slightly modified since its creation. Moravec and Campbell inserted a new aria for Jack intended to add an extra layer to his character and give the overall work the kind of seminal opera that fans cherish.

But it fits with their original intention, which was to go somewhere opera and horror had never gone before. What do the two genres have in common? What can they afford? You have to hear it to understand.

“You can’t explain that feeling,” Campbell said, “But somehow the addition of music just makes it all scarier and more horrifying.”

If things go well in Denver, expect to hear more “The Shining” in the years to come, and maybe more operas that dare to get very, very dark.

Subscribe to our weekly newsletter, In The Know, to receive entertainment news straight to your inbox.

SING IN THE RAIN at the Phoenix Theater Company