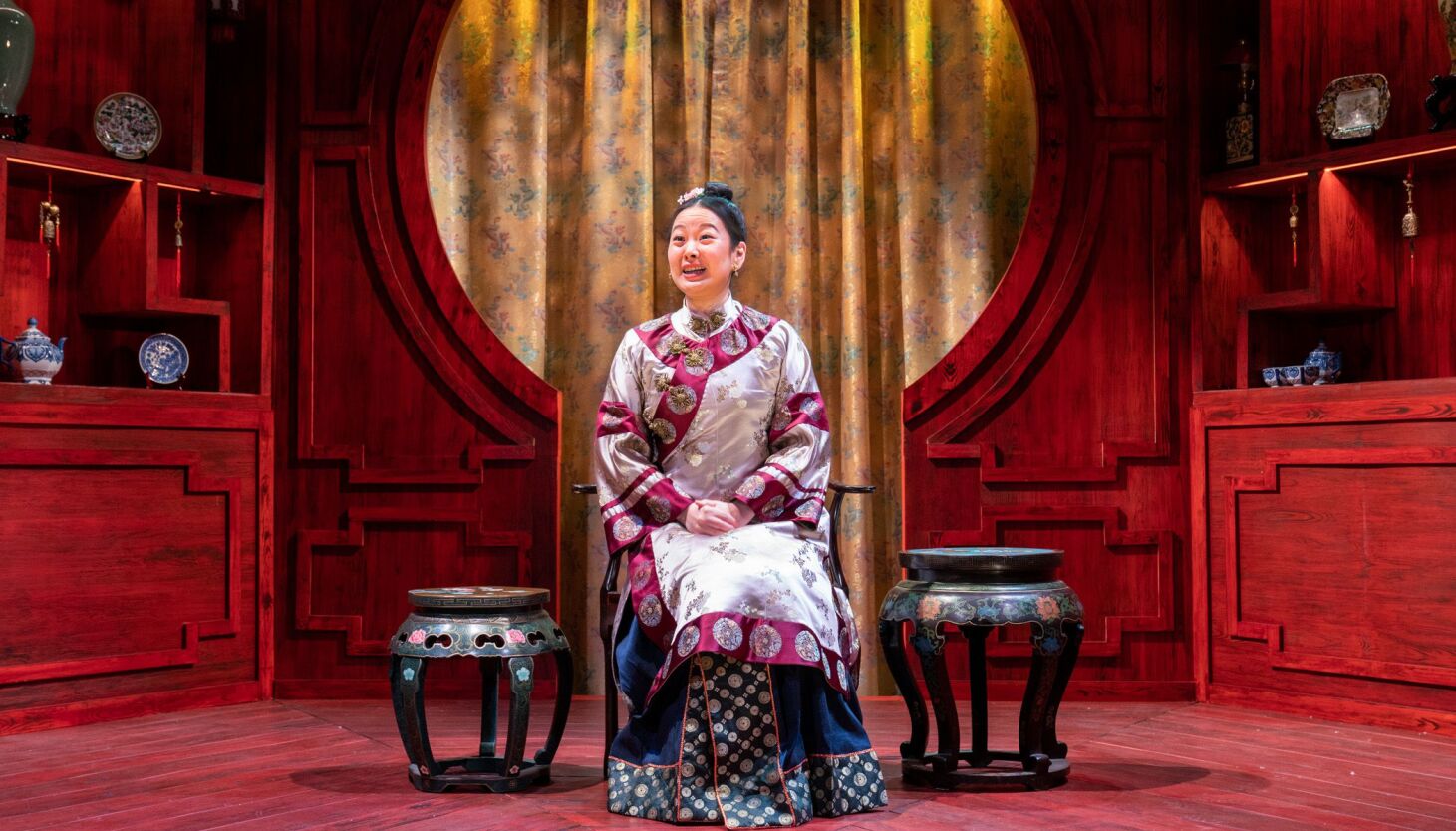 ‘The Chinese Lady’ review: A captivating TimeLine piece imagines the inner life of a teenage girl showing her culture to American audiences

The woman known as Afong Moy, the title character of playwright Lloyd Suh’s ‘The Chinese Lady’, was the first Chinese woman to set foot in North America. Or at least, that’s how it was announced.

Afong Moy was the name given to a teenage girl brought from Guangzhou to New York in 1834 by American traders, who exposed her to paying customers who wanted a glimpse of something exotic – a living artifact of the Orientalism of the 19th century, nestled in the center of a room filled with other products from its homeland.

For each visiting audience, she demonstrated a tea ceremony, ate with chopsticks, and walked around the room on her traditionally bound feet. A Chinese man known as Atung served as his attendant and translator. We’re told Afong Moy’s performance initially garnered an admission price of 25 cents for adults, 10 cents for children.

Virtually nothing is known about the actual woman who was billed as “The Chinese Lady,” including her first name, her family of origin, or what became of her once the paying crowds dwindled. The project of Suh’s double multilayer is therefore to grant him an imaginary interior life.

We are introduced to Afong Moy shortly after her arrival, aged 14, as she runs through a version of her act. As Atung (Glenn Obrero) opens a silk curtain, Afong (Mi Kang) reveals herself within the red-hued walls of what she calls “the room.” (The beautifully detailed, diorama-like set, designed by Arnel Sancianco, holds a few surprises.)

This young Afong is curious and optimistic, as delighted to encounter the unknown contours of America as to represent China to her audience. And in Suh’s carefully constructed conceit, the audience she addresses is both the onlookers of 1834 and the theatergoers of 2022.

The Afong and Atung on stage before us are not bound by linear time. Afong can exist as a teenager in the 1830s while referencing the Opium Wars of the decades to come, though she happily adds that she will learn none of this, sheltered from the events of the world.

Afong ignores the artificiality of this theatrical logic as no stranger than the distorted portrayal of Chinese life she is forced to portray multiple times a day: “My whole life is a performance.”

And it allows young Afong to comment on cross-cultural affairs with sharp hope. She dreams of returning home to China with a 14-year-old white American in tow, to be exposed as she was here. And she is stunned by the grotesque obsession with her feet, when America has its own brutal customs. “Like corsets,” she says as an example. “Or the transatlantic slave trade.” Unhindered by language barriers, she is intelligent, ironic and poetic in her conversation with us; Was it the limits of translation or empathy that flattened white American perceptions of her into little more than decorative clothing and tea sets?

The years pass in larger and larger chunks as each new scene begins, and Afong’s enthusiasm fades with each reopening of the curtain. As America’s Chinese population becomes grist for westward expansion in building the transcontinental railroad, and later targeted for racialized terrorism and lynchings, Afong apologizes. If only she had been a better ambassador, she thinks, things could have been different.

Suh’s screenplay charts a tricky trajectory, but director Helen Young steers this TimeLine Theater Company production with ease around the tonal curves. The play demands a lot from its two actors. Obrero finds impressive nuance in Atung’s shifting feelings for Afong, but the production hinges on Kang’s massively charming performance.

A transplant from Seattle, where she has recorded credits with many of that city’s top theaters, Kang is completing an MFA in acting at Northwestern this spring; “The Chinese Lady” marks her professional Chicago debut, and it’s a stunner.

When Suh’s artifice-breaking ending forces Kang to speak in his own voice, we’re more than willing to respect his authority. The message? There is a difference between looking and seeing.