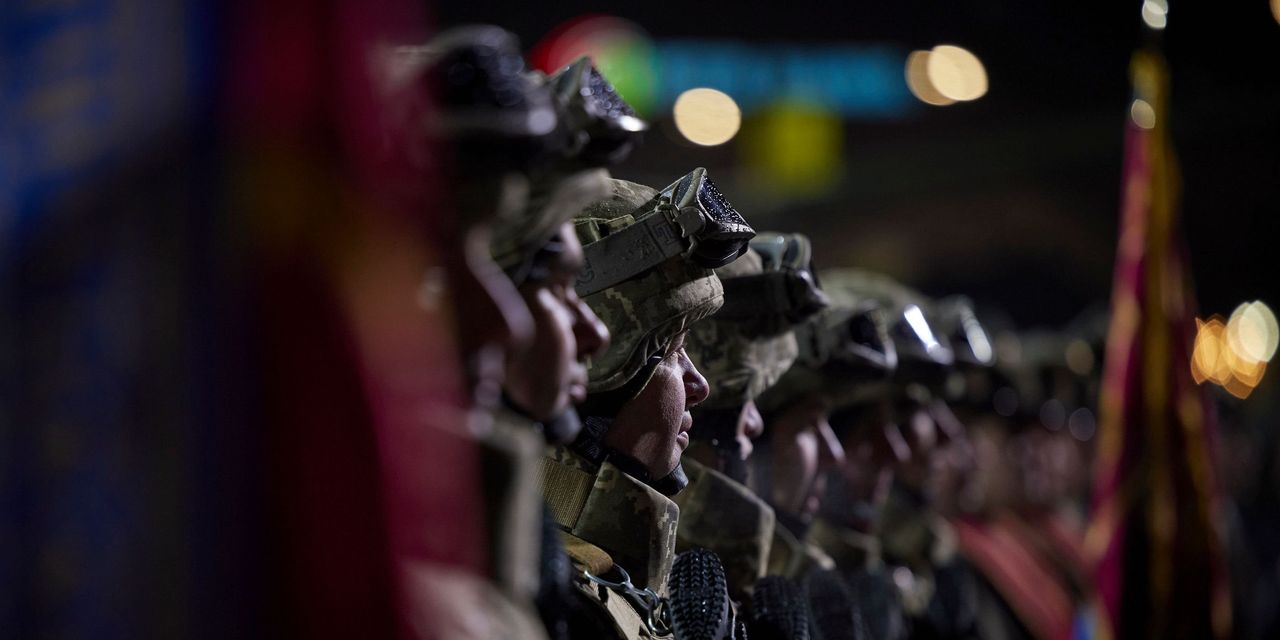 Russian-Ukrainian tension: could what is happening at the border lead to war?

Alarm bells have sounded across Europe over an accumulation of Russian troops along the border with Ukraine in recent months. The fear is that Russian President Vladimir Putin is considering a resumption of 2014, when Russian forces annexed the Crimean peninsula and supported a separatist and pro-Russian insurgency in the Donbass region in eastern L ‘Ukraine. Moscow denies planning to invade, but U.S. officials have said such a move is possible.

President Biden spoke to Mr. Putin about rising tensions during a video call Tuesday, in which the White House said it warned the Russian leader against any invasion, saying an escalation military action in Ukraine would entail economic and other measures on the part of the United States.

So far, it is not clear whether Russia wants to regain control of the former Soviet republic or prevent the United States and NATO from developing closer ties with Ukraine and maintaining it as a buffer. between Moscow and the West.

What is happening on the Russian-Ukrainian border?

Russia has not disclosed much information on the extent of its troop deployment on the Ukrainian border. US officials, however, say Mr Putin is assembling a force expected to total 175,000 troops, giving him the means to order an invasion by early 2022. Citing new intelligence reports that include satellite imagery spies officials say the Russian military build-up differs from an earlier troop regroup in the spring. When completed, they say, Russia’s deployment in the region will likely be twice as large. In addition, Russia has embarked on a rapid mobilization of reservists.

What is at stake for Russia?

Ukraine was a precious resource when it was part of the Soviet Union. Its rich agricultural land produced much of the wheat consumed in the former USSR and it was an important industrial center. Its vast plains served as a sort of buffer between the European powers and the Russian hinterland. There are also close historical, cultural and linguistic ties that predate the rise of the Russian Empire in the 18e century. After the fall of the Iron Curtain, Moscow continued to view Ukraine as a pivotal geopolitical space and watched with concern the rise of pro-Western sentiment there.

After popular protests in Kiev and other cities oust a pro-Russian president from office, Russia annexed Crimea, home to its Black Sea fleet, and began supporting pro-Russian militias. in eastern Ukraine, although she denied sending troops and equipment to reinforce the rebels.

Since then, more than 14,000 people have been killed in the Donbass region and a political settlement remains far behind despite a peace deal brokered by Germany and France. Ceasefire violations have escalated this year, and the build-up of Russian troops has further frustrated nerves.

How is Ukraine reacting?

Ukrainian President Volodymyr Zelensky said Russia was sending what he described as a “very dangerous” signal with its troop movements, and Ukrainian forces stood ready to repel any incursion. Zelensky also said last month that his government uncovered a coup plot involving Russian citizens, without providing further details. Moscow has denied the allegation.

US officials say US intelligence agencies do not know whether Moscow will continue an invasion, but Central Intelligence Agency director William Burns said on Monday that the build-up of forces is such that Russia “may act in such a way. very radical “. The United States has repeatedly informed its allies that such a move is possible, and Blinken warned last week against economic sanctions against Russia in such a case. The White House, meanwhile, is reviewing options for responding to any Russian offensive, ranging from increased military support to Ukraine to new diplomatic efforts to defuse any potential conflict. Mr Biden is expected to point out the risks if Russia takes steps to further escalate the situation.

On Monday, he met with leaders of France, Germany, Italy and Britain, key members of the North Atlantic Treaty Organization. They agreed to call on Russia to take action to resolve the separatist conflict in eastern Ukraine.

What does Russia want?

Russia has denied that it is preparing to invade its small neighbor and accused NATO of supplying Ukraine with sophisticated weapons, of fomenting tensions and of destabilizing the region.

Russian officials have said they don’t want any conflict and Moscow wants to ensure a balance of interests in the region. The Kremlin is also demanding guarantees that NATO will not expand further east or deploy weapons near Russian territory. Some security analysts suggest that Moscow’s main goal is to prevent the West from developing a stronger relationship with Mr. Zelensksy’s administration.

Moscow also exerts considerable influence over US allies in Europe through its gas supplies. Russia supplies nearly half of Europe’s gas imports, and an energy crisis has sent prices skyrocketing across the continent.

Authorities prepare for increase in hospitalizations