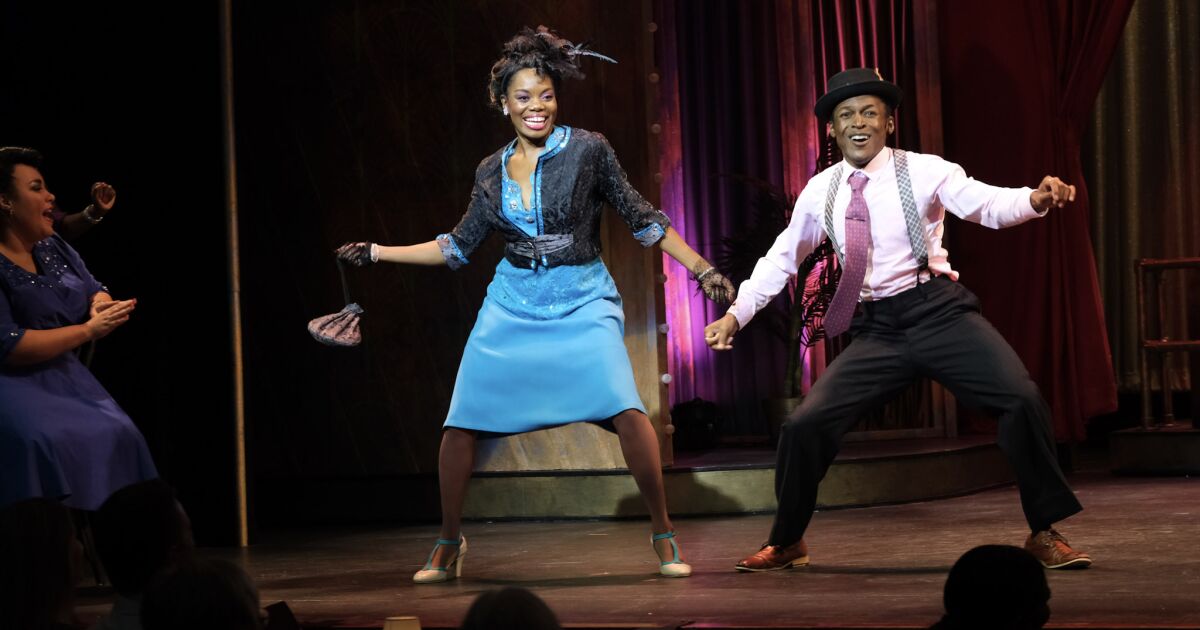 Next year will mark the 80th anniversary of the passing of Harlem Renaissance jazz pianist and composer Thomas “Fats” Waller. It is therefore understandable that today’s public does not know some of his music.

Luckily, there’s no music or wiki pages required before witnessing the peppy, funny, and well-staged production of “Ain’t Misbehavin’: The Fats Waller Musical Show,” which CCAE Theatricals opened Saturday in Escondido. Director and musical director Ken Page — who was part of the original cast of “Ain’t Misbehavin'” on Broadway in 1978 — and his talented five-member cast do a great job of recreating Waller’s world and music. for new initiates.

Waller was a successful recording artist, but the medium he wrote about and performed live in was the nightclub circuit from Harlem to New York. This atmosphere is elegantly recreated on stage in the CCAE production, with luxurious stage design by Stephen Gifford, chandeliers by Steven Young and costumes by Janet Pitcher. The production begins with a Waller-like pianist at the keyboard, but hidden behind the draped curtains is a bandstand with a six-piece jazz band.

There’s virtually no spoken dialogue in “Ain’t Misbehavin’,” but Page worked with the cast to create complete characters, and the excellent historical, photomontage-style projections designed by Blake McCarty give each song the time, place and context. Thanks to the physical movements Page created for the cast, it’s pretty clear that many of Waller’s songs are about wanting and enjoying sex, even if the composer’s merely suggestive lyrics are opaque.

The actors’ performances, dances and projections recreate the world of the Harlem Renaissance in all its glory and edge of danger, as seen in the first act of closer “This Joint is Jumpin'”, where shots of fire, fights and police the sirens mingle with the music.

In the Broadway original, all five actors — including Page — performed under their own first names, and in this production — despite the song and cast list in the printed program — the actors also use their first names. Each performer has at least one standout number.

Bass singer DeAndre Simmons, who plays the role of “Ken” created by Page, shines in the amusing 1936 song “Your Feet’s Too Big” and the playful tease “The Jitterbug Waltz (1942). Paula Galloway, who recreates the role originated by Nell Carter, has a comedic stage presence and rich vocals in songs like the 1929 numbers “I’ve Got a Feeling I’m Falling” and “Mean to Me”.

Liquid Members Mark Antony Howard is best in the show “The Viper’s Drag,” an ode to marijuana and the fun duet with Simmons, “Fat and Greasy.” Felicia Fairley is Howard’s dance partner and a light, comedic presence, with a fine solo in “Keepin’ Out of Mischief Now” (1932). And Katie Porter’s big voice shines in “Squeeze Me” (1925) and the fun “Find Out What They Like” (1929).

Even if you don’t walk into the auditorium with a lot of Fats Waller knowledge, you’ll leave with one. His music is familiar, funny and entertaining and this production represents him well.