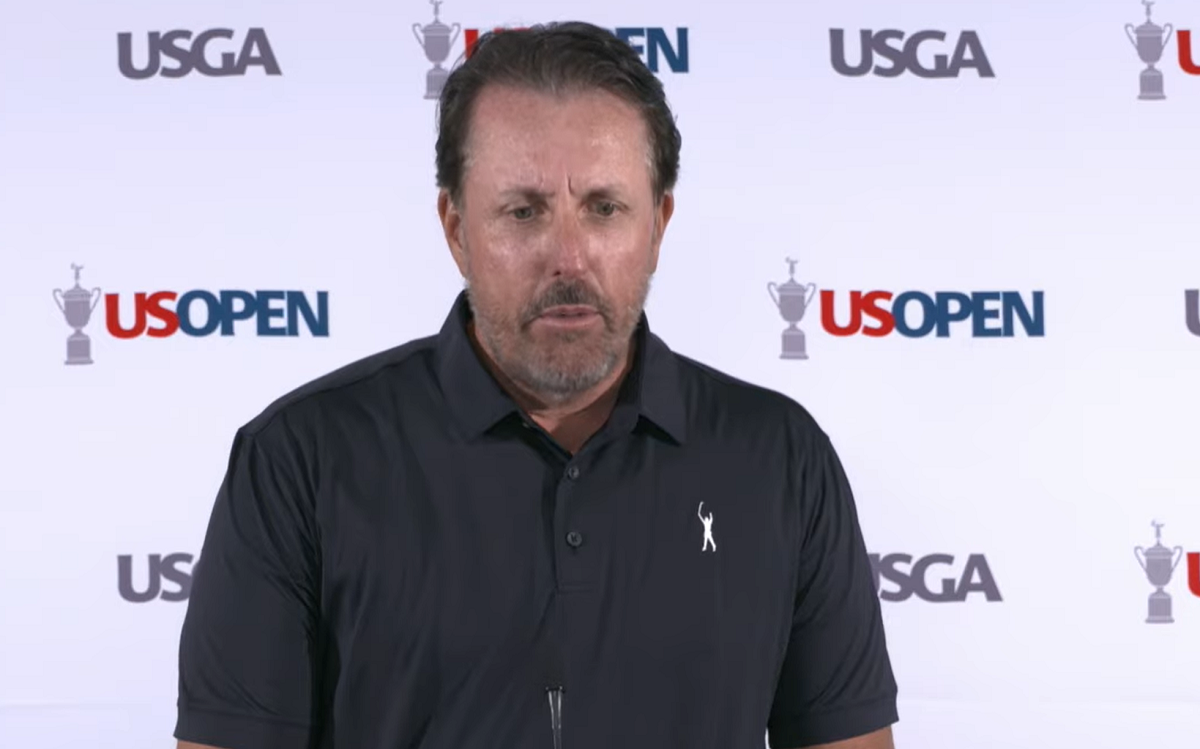 Phil Mickelson spoke to reporters in the United States today for the first time since his viral comments about the Saudi-backed LIV Golf venture cost him a series of endorsement deals.

Mickelson, playing in (and so far completely overshadowed) this week’s US Open at the Country Club in Brookline, Massachusetts, spent nearly half an hour answering questions, berate reporters for asking multiple questions at once and repeating the same general position for just about everything.

Let’s pause here for a moment to note how surreal it is that, in the same press conference, Phil Mickelson opens a response by addressing 9/11 families and starts another by saying Boston crowds are among the best in the sport.

Mickelson’s press conferences have been events unto themselves for decades. No modern gamer has ever been more comfortable in this setting, so clearly thriving on being the center of attention, delivering quotes and soundbites they know will be devoured by the assembled media. Today he just seemed small.

It’s tempting to point to his behavior as the “real” Phil, or a sign of some kind of lesson learned or retribution. You shouldn’t do this, however. Mickelson’s behavior over the past year, from warning a local reporter in Detroit who had the temerity to write about Phil’s checkered gambling history to taking $200 million for to be the most visible face of Saudi Arabia’s sporting wash effort, Phil’s forward persona has been calculated at best.

Who’s to say today’s listless, logoless performance in which he danced around one of the tough answers is any more real? There’s no need to feel sorry for someone criticized for taking $200 million, first and foremost. But again, Mickelson opened up a press by mentioning his family and playing habits, a trend during Phil’s damage control efforts as he returned to play.

Sincere or not (and it reads much more like an effort to create a redemptive arc, which some in the golf media will no doubt be too eager to offer him), family closeness and an effort to recover from a game have nothing to do with why anyone is mad at Phil right now.

Everything happens like a fake. We’ve all seen too much to go back to pretending that Phil is anything other than what he’s shown us in the moments he’s lifted the curtain over the past year. Today’s performance, really, can be seen as intentionally bland in an effort to get the media to stop asking those questions.

This already works on some people:

Phil just wants to have his $200 million and not suffer any more consequences. If anything, he wants to go back to how he was before; play the majors, play any PGA Tour event he wants, answer softball questions about whether he can win a career Grand Slam. It is not the same as contrition. If anything, it’s the opposite.

Hopefully, given the moral issues involved, the media won’t let him (or Bryson DeChambeau or Patrick Reed or Dustin Johnson) do that.

What goes well with our schools: Ringgold High Performing Arts

Review of Rudy Giuliani’s Fall From Grace, this time with music