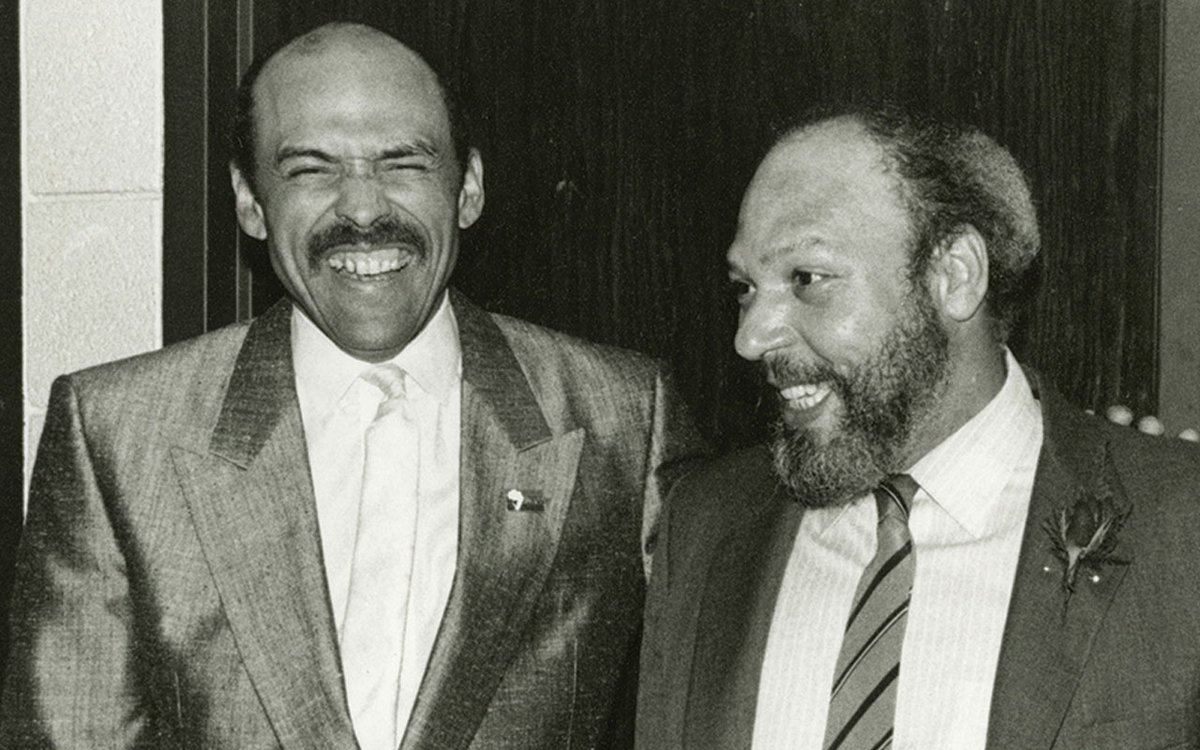 A raisin in the sun kinda did it for white America when it appeared on Broadway. White America had never been inside a black house before.

So entering the black community at the Hallie Q. Brown Community Center provides a kind of context for the work that deepens it and gives it power and resonance. The style for which we have become famous confronts the public. African American audiences have learned to be in this common space since church, so they frequently respond, talk, and interact with you. It gives the drama a life it doesn’t have in other types of settings. So when we presented a space where this could happen, the word started to get out.

The actors know where the hot spot is. And they go there if they want to learn how to do this job, to be around it, to be close to it. They came from all over the country to be here. Abdul Salaam El Razzac, Lester Purry. Abdul was then a Minnesotan. Lester came from North Carolina. William Byrd Wilkins, Chicago. They came from all over to be a part of this because we were doing the work that they couldn’t do elsewhere. And if they weren’t good enough to be on stage, I would tell them, “You should go here, here and here. These people will hire you, but you are not yet ready for the work we do. But get that stage time and that experience. And they did.

We all worked together, we knew each other and all rehearsed together until we were too tired. We had no idea what we were doing or that it was going to have the national impact it has.

August came here in 1977 or 1978 to see our first main stage production, a play called Eden. I played the main role there. He came because he was invited by a director of our company, Claude Purdy.

I heard him say in a speech once that he remembers sitting in that theater wondering if he would ever write a play good enough to appear on that stage. He had never seen a black theater with real sets and assigned seats and high production values. He had just seen a hodgepodge of sort of mixed things, and it was called theater. When he saw that kind of production, he just said, “I want to be around that.” So he moved here and started writing.

August had an apartment off Selby, where Claude lived. Everything was within walking distance. In fact, August didn’t drive, so he walked everywhere or took a bus. He said the voices came to him more clearly in Minnesota than in Pittsburgh. He wrote in bars and cafes.

We produced his first professional show, Bart Black and the sacred hills, in 82. He saw in Penumbra a space where professionals were ready to devote their efforts and their lives to the construction of the work. It was this group of people and brains that was at his disposal to make his ideas bounce.

A lot of those plays and monologues I’ve heard him play for me in the Penumbra room. I remember when he first wrote Levee’s monologue for My Rainey. I said to him — I said, “August, man, you can’t say stuff like that. You can not do this. And he said, “I’ll do it, man. I’ll do it.” Well, he did.

All his work rang true because he came from there. He was writing about our uncles, our fathers, our aunts – not something abstract where a black character represents the whole world, you know what I mean?

When I was doing Fences and playing Troy – I think I played that role for about eight months – I was getting people to come to me – Japanese, Swedes, etc. – who came to hug me and said, “He’s my father.” You cannot face or embody this work without being changed by it. So I always say that I became a man – I came to artistic maturity doing this work within this work. You read it and you find something and you’re like, “Oh, my God. That’s my dad,” or “That’s what they were going through,” or “That’s why I could never jump over that hurdle, because it stopped me.

After the August coup, people were really wondering, Well, where is this guy from? They don’t grow like a mushroom in the dark. They happen because there are the pieces that need to be put together to do the job.

NYC gritty hits the TADA stage with their production of ‘Rent’ |

Where to watch the Red Curtain Trilogy in Australia