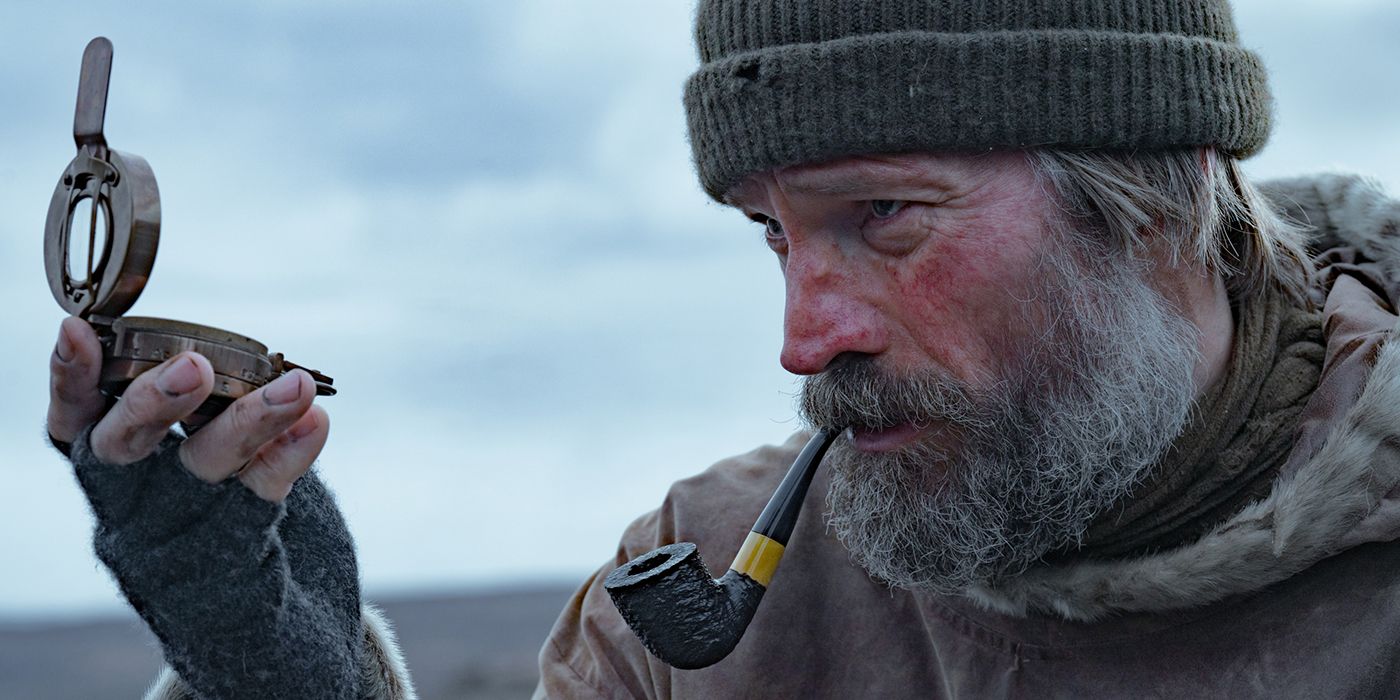 From the director Peter Flint and co-authors Nikolaj Coster-Waldau & Joe Derrickthe historical adventure film Against the icewhich is available to stream on Netflix, tells the true story of the 1909 Danish Arctic Expedition led by Captain Ejnar Mikkelsen (played by Coster-Waldau, who is also the film’s producer), who set out with the crew member Iver Iversen (Joe Cole) to prove that Greenland was an island to which the United States had no right. Extreme size, fatigue, and a polar bear attack nearly kept them from returning, but their fight for survival ultimately bonded them for life.

During this one-on-one interview with Collider, Coster-Waldau talked about how much this story surprised him when he first learned about it, how he connected with Mikkelsen, the friendship between these two men, the great challenges they faced on this shoot. , finding his game of thrones co-star Charles Danceand what he seeks to do next.

Collider: This is definitely one of those projects where it seems like you can’t get halfway there at all.

When Peter Flinth sent you this book, did you know anything about the story or this guy, or did you just go into it? What was your first impression?

COSTER-WALDAU: No, I didn’t know that story. I knew he was in an arctic explorer and I knew some of the other famous art explorers, but I didn’t know about the Alabama expedition, and it was mind blowing. It’s such a crazy story. It surprised me, in many ways, and the way he wrote it, it’s a great read. What I really liked was that aside from the sheer survival and sheer madness they had to go through and what they endured, there’s also his description of how it affected his understanding of reality. It was very honest and I was moved by it. I thought that was really interesting.

What made me want to write this and do it with my good friend, (co-writer) Joe [Derrick], was this chapter on this postcard about how they fell in love with these women who were only imaginary, and how that became the main conflict between them. I was like, “What are you talking about? It’s not real, for God’s sake. And then we found this clip of these two old guys, when Mikkelsen was 90 and Iversen was around 80, and they were talking about their difference. Mikkelsen said: “We found this postcard and you had three girlfriends while I had one. That’s the only time you really let me down, Iver. My good friend let me down. It was said with such purity that you could tell he had held a grudge about it, 50 years later, and it was still believed. It got my imagination rolling and I said, “Maybe we can use this perception of reality, cinematically. Let’s experience her reality through her eyes, for a few moments in the film.

RELATED: ‘Against the Ice’ Trailer Reveals the True Story of a Freezing Adventure Starring Nikolaj Coster-Waldau

How did being introduced to this guy through his own words and his own perspective influence the writing of the screenplay, and then how did that also influence the act of playing it?

COSTER-WALDAU: It’s always a combination of things, but he has a clear voice in his writing. He wrote quite a few books and articles, so there was a lot to find. Then I met his great-granddaughter, named after his first wife. She remembered her great-grandfather, and there was something about the love she had for him and the pride that told me he had a heart. I could use it as an actor. She told me he was wearing a medallion. It’s not mentioned in the book, but she said he carried a locket of her with him, so we used it. He was a man full of contradictions, like most of us. It was a mix of a lot of things, but deep down there’s an honesty to his writing that I really responded to.

You’ve been in some tough productions before this one, and you’ve played characters that seem to have challenged you personally. Where does this production and character fit in among those?

COSTER-WALDAU: It was a challenge, but it was a big challenge and I loved every second of it. It was a tough shoot, and we knew that going into it. From the start, we knew we had to shoot everything on location. We wanted to be in the Arctic and feel the cold, and we wanted the audience to feel the cold. For me, it was so important to shoot in Greenland, as well as in Iceland. I wanted to shoot in Greenland to capture those things that you only find in Greenland, like the frozen sea ice and the incredible landscapes. There are these images of icebergs which are just these frozen mountains. When we got these shots, I was like, “Hallelujah, this is so good.” But it was difficult, that’s for sure. He’s a character who has had a difficult journey emotionally. That’s what you want, as an actor. I’ve been doing this for 30 years now, so it must be a good meal. I don’t want to eat McDonald’s anymore.

It’s amazing to watch something like that and see the locations, but how many times have you regretted making the decision to shoot this on location, instead of just on a soundstage?

COSTER-WALDAU: I never regretted it. There was one day when we had to be evacuated from the glacier due to an extreme storm, and it was scary. The forces of nature suddenly overwhelmed us. Even the Icelandic crew who are used to this sort of thing said, “Oh shit, we have to get out of here. But no, there was not a single second where I regretted having done so. I was really grateful that we had the opportunity.

How the fact of having been part of a production like game of thrones affect and influence your work as a producer? Does the experience of seeing behind the curtain how something like this has been done, for all these seasons, give you a different perspective or approach to filmmaking?

COSTER-WALDAU: The one thing I know is that you work with the best possible people for the job at hand, and we understood that and did that here. We worked with a whole team of people who have experience in the Arctic and know what they’re doing because I had no idea, to be honest. I showed up in Iceland and saw 20 awesome Jeeps lined up. A Super Jeep is a massive Jeep with these huge inflatable tires that inflate and deflate, so you can change the pressure. I was like, “Oh, do we need this? I had no idea.” We were lucky to have people who knew. In Greenland, we hired local hunters who knew how to work with dogs in extreme circumstances. The only thing that was clear about game of thrones it’s that when you have great people, it makes everything easier. It’s still hard, but it’s fun. I can give credit to game of thrones for a lot of things, but I won’t give them any credit for that.

This allowed you to find your game of thrones co-starring Charles Dance.

COSTER-WALDAU: Yes, you are absolutely right. I asked a favor there. I contacted Charles Dance, who played my father in game of thrones, and asked him if he wanted to join us. He was very kind in coming to Reykjavík and playing the small but very important role of finance minister, and he knocked it out of the park. He was everything and more than me and we hoped.

Other than the obviousness that he’s a great actor, what made you see him for this character?

COSTER-WALDAU: He’s an unlikable character, but you have to like the character because he comes with some bite. He has to have that authority where you’re going, “Oh shit, he’s not going to help.” He has to have that tenacity, but also intelligence, and that’s Charles. He has it all. Until you talk to him, he’s a bit intimidating. He has a small advantage over him. He’s a real adversary in the movie, which is great. He knew exactly what we wanted when he read it, and he just walked in and we had fun. I was there when he was shooting. I was there all day because I wanted to watch it, and it was just awesome.

Do you know what you are going to do next? How do you approach this?

Do you have a bunch of things you’ve written together that you hope to do at some point? Do you like certain things to happen, at different stages of development?

Are you someone who can tell pretty quickly when you read a script that it’s something you connect with and want to do?

COSTER-WALDAU: I can tell pretty quickly when it’s something I like. I don’t know what it is specifically, but it’s about whether I’m moved, and then whether the story surprises me, in a good way. Recently I had a situation where I had a script that was in early development and I liked it, then I got a new draft and all of a sudden I was like, “Oh my God, now it went wrong.” It’s really hard because you’re like, “What happened to all the things I loved? But this is another story.

Against the ice is available to stream on Netflix.

Too many cooks in the kitchen, perhaps?

Christina Radish is a senior reporter at Collider. Having worked at Collider for over a decade (since 2009), her primary focus is on film and television interviews with talent in front of and behind the camera. She is a fanatic about theme parks, which has led to covering various land openings and rides, and a big fan of music, for which she judges life before Pearl Jam and after. She is also a member of the Critics Choice Association and the Television Critics Association.

Sign up to the Collider newsletter for exclusive news, features, streaming recommendations and more

We need a no-fly zone for Ukraine now! – Internal sources