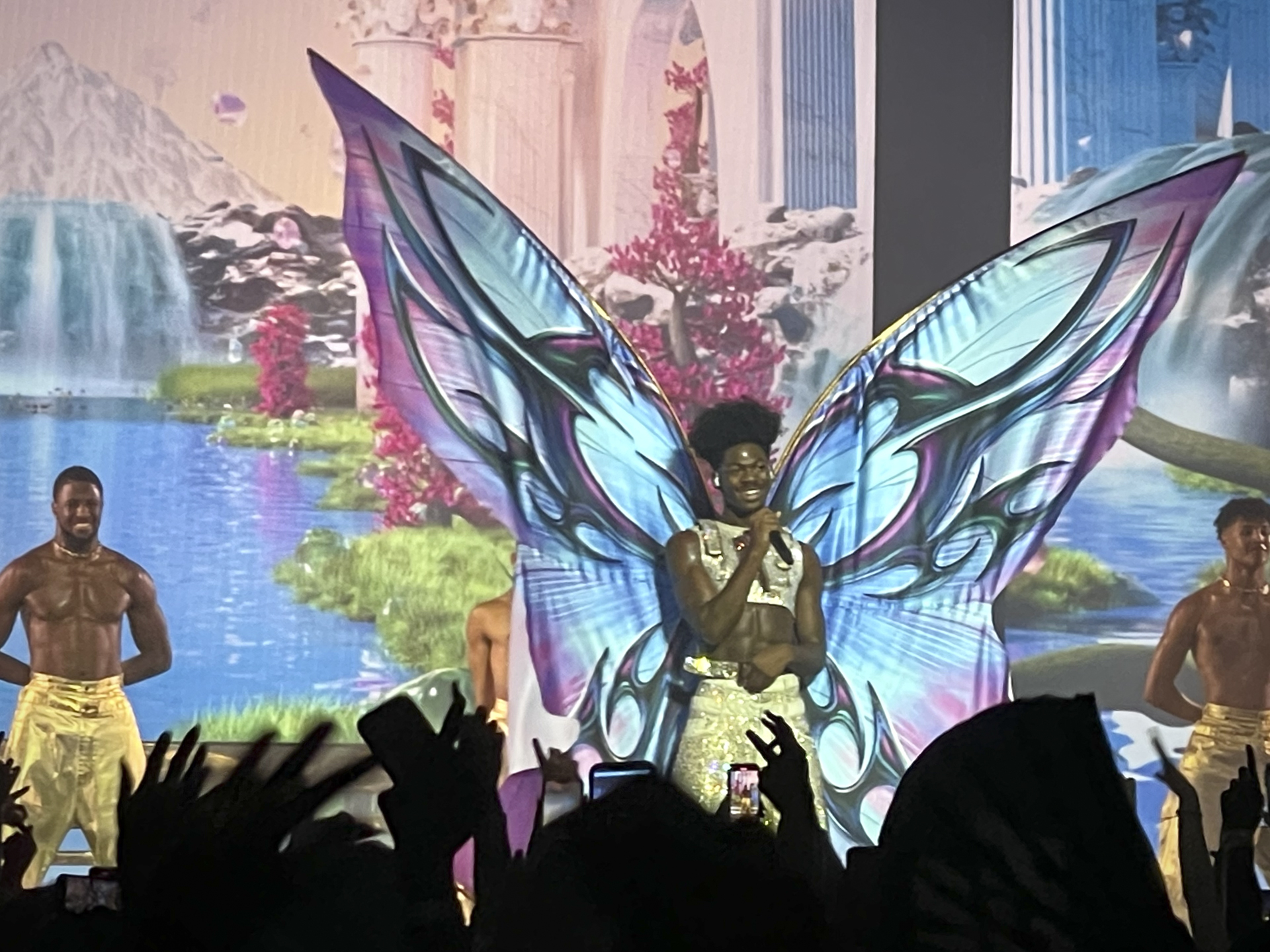 Act Two, Transformation, tapped into the Marie Antionette vibe with era-appropriate luxury and a soft pink glow. After a Disney-like skit featuring the dancers’ outfit change and an on-stage outfit change to a pink rhinestone Shakespearian jacket with matching pants, Lil Nas X performed “DON’T WANT IT” and later ” THAT’S WHAT I WANT”, both off Montero.

The most surprising/best part of act two, hands down, was the tight, clean voguing and lip-synching to Beyonce’s “Pure/Honey” on her latest album, RENAISSANCE.

Lil Nas X flowed seamlessly between dancing hard and interacting with the crowd. From drops of death to classical and graceful ballet to acrobatic leaps, the dancers took the show to the next level in so many ways, including acting elements to songs and scenes sprinkled throughout the performance.

“Montero, wake up…” Monique waves as they fade and the curtain opens again for act three. Red lights flooded the stage, a hellscape flashed across the screen, and a horned deity with blazing eyes framed the cocoon the crowd had seen earlier. “Montero (Call Me By Your Name)” started playing and Lil Nas X emerged from the cocoon. Unlike Spinal Tap, he didn’t get trapped inside.

If anyone ever wondered if a twerk-off could work on a show like this, they’d be wrong. After “SCOOP,” Lil Nas X asked who wanted to come shake his ass. Not sure at first if he was serious at all, Lil Was X pissed off the crowd again as security arrived on stage and people in the audience were handpicked by Lil Nas X or a group of dancers .

One person up front had a little pride flag they were waving wildly, Lil Nas X singled them out in act three, Becoming. He wanted to ask if he was doing a good job. The standard bearer’s endorsement was followed by another loud roar from the Philadelphia crowd at the Met.