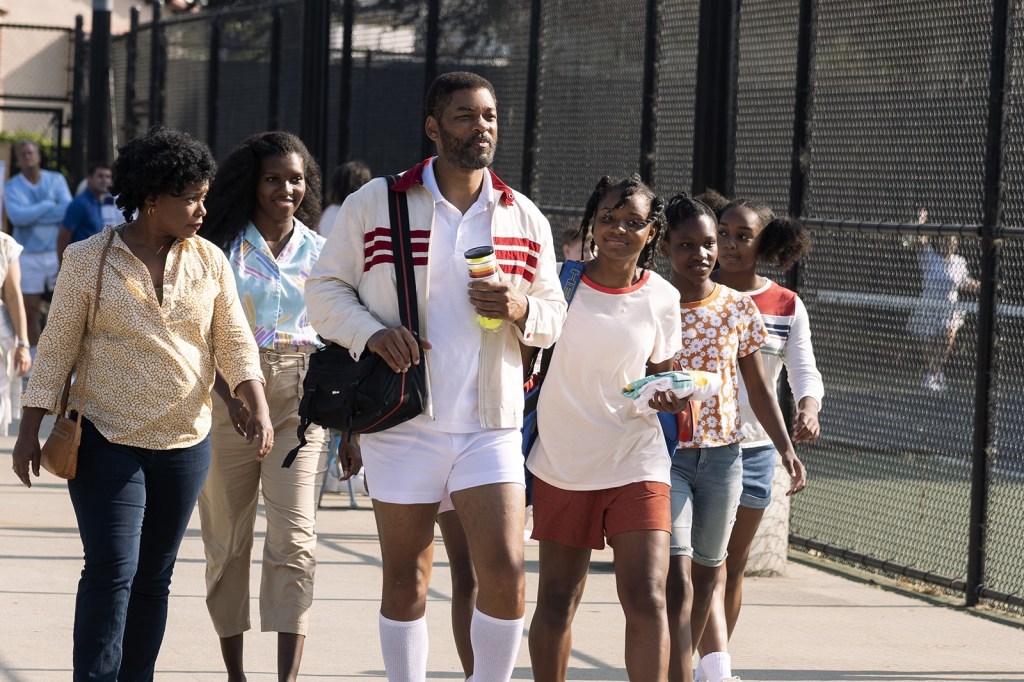 A biopic about the rise of the American tennis superstar sisters topped the DVD releases the week of February 8.

‘King Richard’: The incredible childhood story of Venus and Serena Williams, coached in tennis by their determined father Richard, played by Will Smith.

Noting that “King Richard” is a “great traditional crowd pleaser,” Tribune News Service critic Katie Walsh writes in her review that the film “doesn’t break the sports movie formula, but it works because star Will Smith is right in the pocket like Richard Williams.

While acknowledging that audiences may question the focus on Richard Williams and not his daughters, Walsh writes that “ultimately what ‘King Richard’ underscores is that the story of Venus and Serena Williams is a one in a million story, and that their success in the sport of tennis is not something taken for granted. It’s a fitting reminder and tribute to the power of dreams and the willpower of Richard Williams that he made this moonshot a reality.

‘Encanto’: A young girl, Mirabel, wonders why she doesn’t have the same magical gifts as the rest of her family in this animated Disney musical.

‘The Beatles: Get Back’: Follow the Beatles as they wrote and recorded much of ‘Let It Be’ in January 1969, culminating in the sold-out rooftop concert that marked the band’s final live performance. Director Peter Jackson’s three-part, nearly eight-hour documentary was released on Disney+ over Thanksgiving weekend, the culmination of a years-long effort to restore unused footage from the 1970 “Get Back” documentary.

‘Golden Voices’: Israeli feature film about the married couple who were the Soviet Union’s go-to movie dubbers, voicing all the Western movies that penetrated the Iron Curtain, and their move to Israel after the fall of the Union Soviet, where they must find new work.

‘Apex’: Bruce Willis stars as a former police officer serving a life sentence for a crime he didn’t commit and is offered an opportunity to earn his freedom if he can survive a murderous contest where six hunters try to kill him on a desert island.

‘La Dolce Vita’: Federico Fellini’s 1960 classic, about a week in the life of a famous journalist in Rome, gets a new Blu-ray release with a new introduction from director Martin Scorsese, who discusses the film and its lasting impact.

KLIPPAN for one: Sitting alone at IKEA