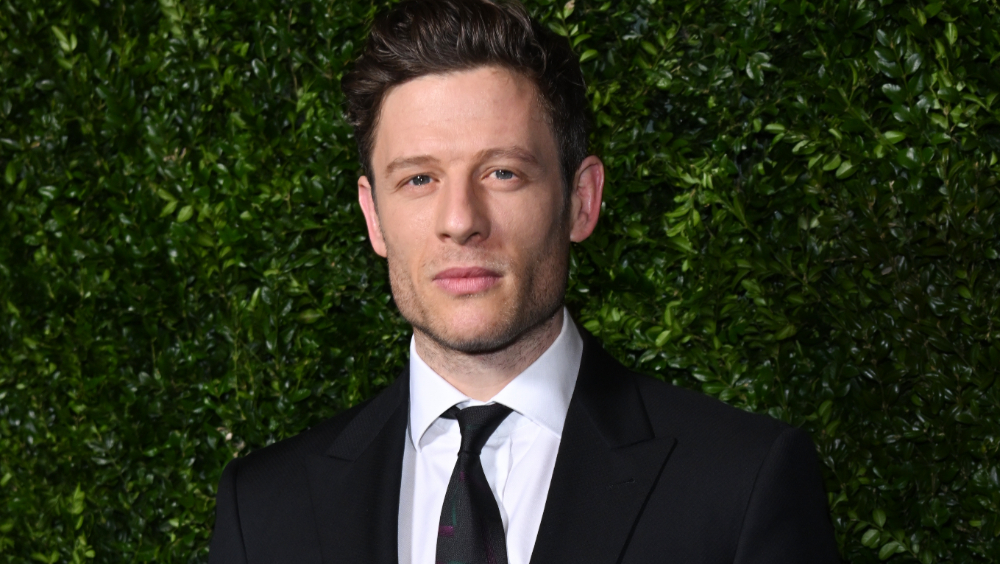 James Norton is no stranger to playing less than salubrious characters thanks to his turns as psychopath Tommy Lee Royce in “Happy Valley” and the son of a Russian mob boss in “McMafia.” In “Rogue Agent,” he once again steps into the shoes of a man whose moral compass is, to put it mildly, skewed. Based on a true story, “Rogue Agent” tells the almost unbelievable story of Robert Freegard, a British car salesman who seduced at least seven women and exploited many others (including two men) in the 1990s by claiming that he was an MI5 spy looking for new recruits.

As well as defrauding his victims of over a million pounds, Freegard also isolated them from their families, made them undertake bizarre ‘training missions’, such as sleeping rough for days on end. in a row, and persuaded them to go on a run with him, claiming they were being chased by terrorists. One woman even gave birth to two of her children believing she was hiding from the Irish Republican Army (IRA).

It was a role, says Norton, that he knew he wanted to play as soon as he read journalist and producer Michael Bronner’s deeply researched but never-published article (“The Mauritanian”). “I read it, devoured it, loved it,” says Norton, who quickly decided he wanted to produce the film himself. He tapped former Black Bear Pictures executive Kitty Kaletsky, and together they formed London-based Rabbit Track Pictures to direct the feature, which also stars Gemma Arterton (“Prince of Persia: The Sands of Time”) as a victim of Freegard. knocks him down.

“It’s clear why it’s so captivating,” Norton says of his desire to bring the article to the screen. “It’s this story that nobody’s ever heard before, and nobody can really believe it’s real. And that’s all the things I love.

With “Rogue Agent” hitting theaters in the US from Friday, August 12 (it hit Netflix in the UK last month), Norton sat down with Variety to discuss production, directing, and mysterious phone calls he thinks come from Freedgard himself.

What type of research did you do for this film? Have you spoken to Robert Freegard or his victims?

I haven’t spoken to the victims. We wanted to respect their shared trauma and how awful this experience had been for them and we didn’t want masses of actors, producers and filmmakers all showing up at their doorstep. So we let Michael be our link to them. The big question is whether we spoke to Freegard. We intentionally did not speak to Robert Freegard. Some people called, contacted the production team, made slightly questionable claims. And the question remains, if you’re a narcissist or the kind of manipulator and control freak that Freegard clearly is, and you hear in the trades that a movie is made of you, well, what do you do? I’m sure you’re trying to indulge yourself with this movie. So there were a number of times where a few producers hung up the phone [and said] “I think I may have just spoken to Robert Freegard. How weird. So that was pretty scary. But no, we haven’t had any direct contact with him, and I don’t think we really want to either. We know where he is – we think we know where he is. A more recent victim reached out and wanted to help us make the movie because it felt like a way [of] holding him accountable. So other than that, I think he might still be there. Maybe not much remorse. But who knows?

I was going to ask you if you feared repercussions for playing a real crook.

The work we did didn’t suggest or give the impression that we were dealing with someone who was – maybe I’ll swallow my words here – but in the immediate sense, dangerous. He’s a man who’s obsessed with control and living that fantasy, because he probably has so many doubts about himself, and has nothing but fantasy and needs control, because everything else around him is in such disarray. And so we didn’t feel like we were in imminent danger. I say that [but] who knows after this movie comes out in the US and we suddenly run into Robert on the street… But yeah, I guess that’s the risk of making movies of this nature.

Your characters in “Happy Valley” and “McMafia” are also pretty mean. Is it something that attracts you?

I’m not specifically looking for the villain. The characters that attract me are often the characters furthest from me. And as an actor, you have this wonderful opportunity to get into these very complicated minds, which are so different from your own, and try to solve the puzzle and solve the big questions of “why”: why a human being has he ended up so far removed from everyone? Why are they able to manipulate their own moral compass to such an extent to justify these horrific acts? And I think we all, as human beings, we all have our Jungian shadow, we all wonder if we’re capable of manipulating its moral compass. And so I find that intrinsically interesting.

I guess I’m just drawn to people who are puzzles and are inherently complicated because that makes my job so exciting.

Initially, we were talking about having 50% [projects] in which I would be – and not necessarily even in front but to some extent – and then 50% in which I am not. And in fact, it turned out much more almost 80/20. 20% I’m involved as an actor and 80% I’m not. Partly because our slate is really healthy and growing at an extraordinary rate considering our age and size. And also partly because it’s just more interesting. I learned that I like to sit at a desk and read scripts and edit scripts and write down scripts. It’s a whole different set of skills, a whole different kind of creative food, being able to read a book and try to see it in a cinematic sense and try to have a vision of something and then who could direct it and who could write it.

Which leads me to ask – are you directing something you’ve considered moving into?

Yeah, it actually is. I mean, it was an interesting experience knowing so much about it and having such a creative hold on not just the role, but the whole story. Knowing all the characters and all the decisions, and then having people introduce us who would then take creative control, quietly knowing in my head how I would have directed it. And again, just to set the tone for our business, I don’t think it would have been right – we know it wouldn’t have been right – for me to start our first project as a company and lead he had not previously directed. That said, I’ve been on a film set for 15 years and I know what I like, I know what stories I want to tell and how I want to tell them and so there’s a director quietly chomping at the bit ready to get behind the camera. And I think I just want to make sure the story I’m coming out with is the right one. I think as an actor people pay attention to your first movie and right now I love learning about the production side. And I think that with any luck, by the time I find the story that I want to direct, I will have already mastered all these people behind the curtain. So yeah, basically that’s the plan, but [I’m] not quite sure when.

You also live with type 1 diabetes. Is that something you could ever portray on screen?

Kitty and I constantly talk about how we can get one of the characters that I play or the characters that we build and develop, how we can make one of them type 1 diabetic, because I just think that it’s too late. We need [it] just for awareness. And also because so many times in Hollywood they screwed up. I mean, that moment in “Con Air” when the guy has a hypo [an episode of low blood sugar], and they say, “Give him his jab!” Give it a shot! I’m like, “No! You have to bring him sugar! This is unreal. So we have to right all these wrongs. We have to empower those guy 1s out there. And the number of times I’ve had kids and parents of kids who came out and said how wonderful it was to see you play and play these characters and to have that life out there on the road and you can manage your diabetes. To be really honest, that’s is therefore one of the most rewarding things about having a public profile.

This interview has been edited and condensed for clarity and length.