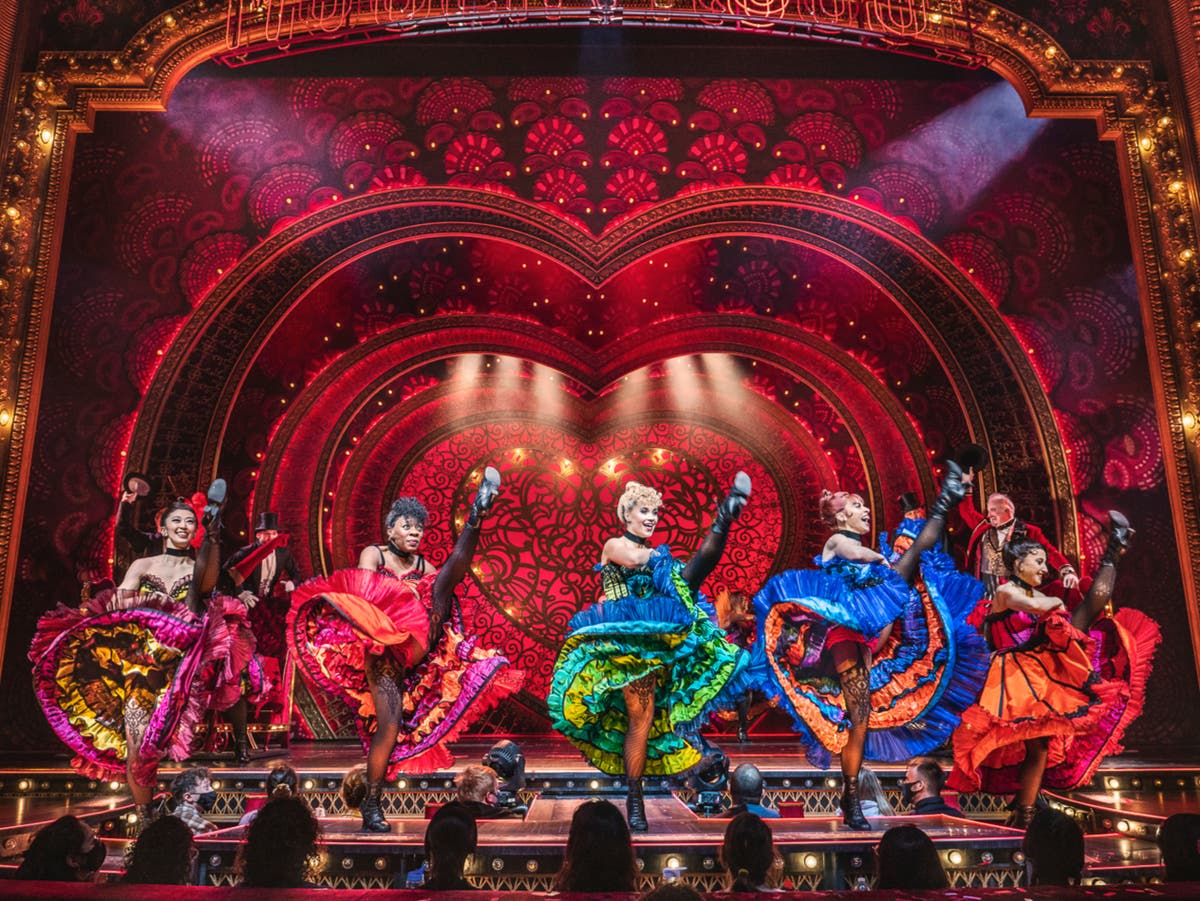 ‘It’s like a funfair’: Inside the West End’s Moulin Rouge musical carousel

Ohen you enter the auditorium of the Piccadilly Theatre, no standard stage setup greets you. Instead, there are concentric neon hearts, plush velvet feathers, a pinwheel, and brightly lit letters spelling out the words: “Moulin Rouge!” Audiences were transported to the legendary Parisian cabaret, to witness a story of love, sex and consumerism as “Lady Marmalade” explodes. There’s no need for rose-tinted glasses here – everything is already so red it hurts your eyes. That is, of course, apart from the garish blue elephant draped over the side of a royal box.

As the films roll on, you’ll be hard-pressed to find one more suited to the stage than Australian director Baz Luhrmann’s flashy 2001 jukebox musical, which starred Nicole Kidman as a breathless courtesan called Satine who falls in love with the penniless young poet Christian (Ewan McGregor). That it took so long is the real shock. Bursting onto Broadway in 2019, Red Mill! Musical comedy won 10 Tony Awards (including Aaron Tveit in an undisputed Leading Actor category, thanks to the pandemic) and finally hopped to London’s West End with an all-new cast and an even more extravagant production than the film. It may be UK pantomime tradition, cast and crew tell me, but UK audiences were dancing in their seats and shouting in previews before the show was forced to shut down for a week at Christmas.

From the decor to the songs, it’s a musical experience that will be – to use the name of Christian’s play in a play – spectacular, spectacular. “It’s not a show that starts when the curtain goes up – as soon as you walk into the theater it’s immersive,” says Clive Carter, who plays showman-pimp Harold Zidler and has more than a touch of the Jim Broadbent about him, even out of character. “It’s like a carnival.” As the final act in Luhrmann’s lavish Red Curtain Trilogy, the film already draws inspiration from the world of musical theatre. Now it’s cinema that influences the scene. “My reaction to the movie the first time I watched it was ‘Wow,'” said Olivier-nominated actor Jason Pennycooke, who plays Toulouse. “I just thought it was so explosive, and saw it again immediately…” He reckons they managed to capture the whistles and bangs for the scene. “The lighting makes it quite cinematic when you watch the show itself. It almost feels like you’re watching the movie.

But for all the fans of Luhrmann’s film, there are many who hate red Mill. When people claim they’re “not a fan of musicals”, theater kids often claim that there are much more nuanced and complex shows – your hamiltons, your Come from afars. But there are few quiet moments to be found in red Mill (as is rarely the case in Luhrmann films) – it’s all ruffles, slow motion cans and Elton John covers. As far as musicals go, this is about as musical as it gets.

Upon the film’s release, reviews were equally divided. Some reviewers praised the series’ “bold” outlook, with one writing that it was made in the style of a “Hunter Thompson/Liberace acid trip” (references to psychedelics appear frequently in red Mill comments). But for others, all this was decidedly unconvincing. “red Mill is an assault on the senses,” wrote Jean Lowerison in the Metro San Diego. “Here, everything is top notch. You might find it enjoyable, but you will almost certainly find it exhausting. In Philadelphia Weekly, Sean Burns said that Luhrmann “sucks up a century or so of pop culture detritus with rage, then the projectile spews it all over the screen with a vengeance”. Ouch.

So how do you adapt a movie musical that elicits such a strong love or hate reaction? You raise it to the nth degree. Red Mill! Musical comedy opens with a cover of “Lady Marmalade” by Christina Aguilera, Pink, Mya and Lil’ Kim before crashing into “So Fresh/So Clean”, “Rhythm of the Night” and “Because We Can” by Fatboy Slim in seven exhilarating and exhausting minutes. That’s enough to give you a musical boost, but the show is full of those pop mash-ups, inspired by Kidman and McGregor’s “Elephant Love Medley” from the movie, in which “Heroes,” “Your Song” and ” I Will Always Love You” are part of the songs together.

In 2001, Luhrmann introduced the world to “Come What May” (one of the few original numbers from the soundtrack) and turned The Police’s “Roxanne” into an Argentine tango song regularly played on Come dance strictly. Set at the turn of the 20th century, red Mill was among the first films to recontextualize pop music in a period piece. Decades later, there’s a lot more of what music supervisor Justin Levine calls “contemporary classics” to pull for the stage version — your Katy Perrys, your Beyoncés, your Adeles. Just as the 2001 film brought together the quartet of pop divas Xtina and co (who among us weren’t deeply affected by this live performances at the MTV Movie Awards?), it is now the popstars of the 2010s who are honored in the show. Liisi LaFontaine, Satine of the West End, says it is also their energy that is reproduced. “Whenever I have to tell people, I say it’s like being at an Ariana Grande concert — there’s just deafening screams at times,” LaFontaine explains. “And obviously most of them are wearing masks, but everyone’s faces are like…” she puts on a look full of wonder and joy.

LaFontaine and Jamie Bogyo, who is making his professional debut as Christian, are convinced that Red Mill! Musical comedy will seduce even the biggest cynics. “There are things about the show that are unquestionably good,” Bogyo says. “The set is unquestionably beautiful, the set and the dance numbers are unquestionably amazing. Like, there’s really no way to argue. Maybe you think I’m a bad actor on the show. I’m not going to lose sleep over this. But there’s enough stuff. It’s so awesome.

What is needed, they say, is for that suspension of disbelief required in musicals greater than it even was. “It’s a complete trip, but we always say it’s like taking a ride,” says LaFontaine. “Once you attach, you are there, and if you surrender, it kind of happens. If you’re fighting this, or taking a moment to think, “Oh my God, what’s going on? it is very overwhelming.

With audiences returning to theaters after a tense Christmas and an even more tense year for the industry, the show seems like the biggest and most needed escape. “Unless you’re really dead inside, you’re probably going to have a great time,” Boygo says. There is definitely a twinkle in his eyes.

‘Red Mill! The musical takes place at the Piccadilly Theater

I spent £25,000 turning my boring beige house into a pink paradise