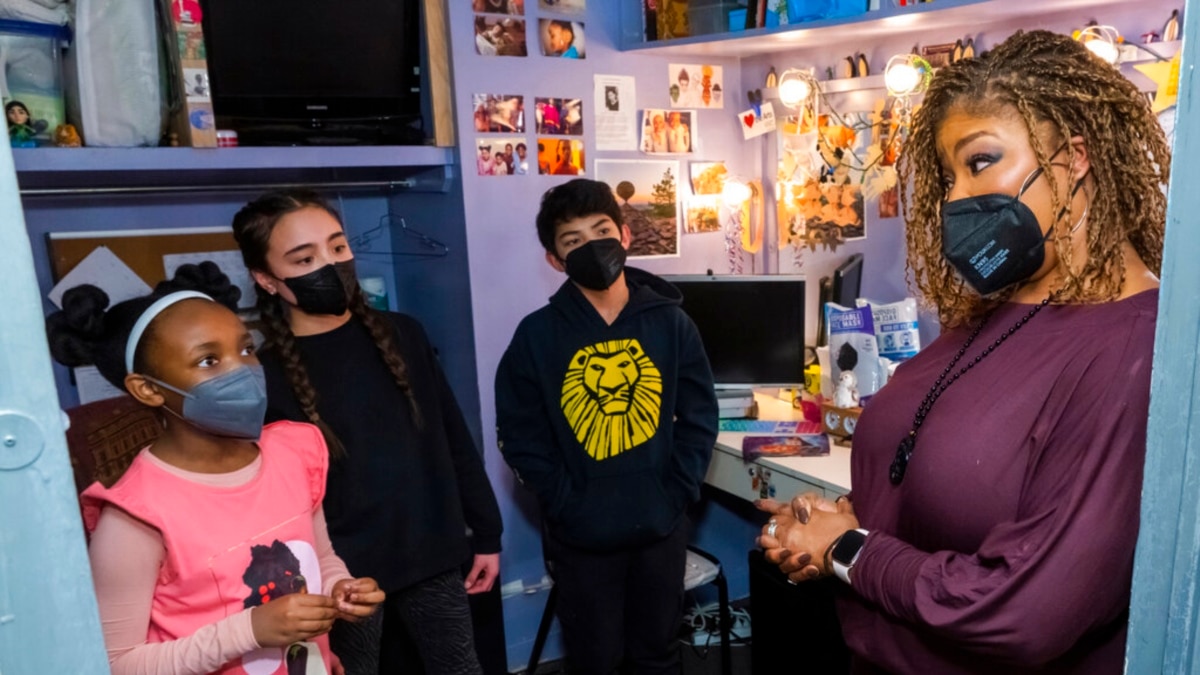 Inside a Special Black History Month Rite at the ‘Lion King’

In February, a special ritual takes place behind the scenes of the The Lion King Broadway musical.

On show days, the four young actors who play lion cubs Simba and Nala seek out actor Bonita J. Hamilton in the moments before the curtain goes up at the Minskoff Theater.

The youngsters learned their lines and choreography, sure, but during Black History Month, they’re also telling Hamilton what they learned about a black historical figure. This can include a date of birth, the character’s greatest accomplishments, and some facts about their life.

“February is my favorite month because the kids — the cubs — can teach me about black history,” said Hamilton, who plays hyena leader Shenzi on stage and offstage cares for the cubs with warmth. and respect. “Every day in February they bring me a fact about black history.”

Hamilton has been leading the voluntary ritual for 17 years and the kids seem to enjoy the challenge. “Telling Miss Bonita my fact is really fun to do,” said 10-year-old Sydney Elise Russell, who plays young Nala.

“They’re learning, I’m learning. Because I’m saying, ‘You’re teaching me something,'” said Hamilton, a graduate of Alabama State University and Brandeis University. “You have to know whose shoulders you stand on.”

“Louis Armstrong was born August 4, 1901, in New Orleans, Louisiana. He was a trumpet player and jazz singer, and one of the most iconic people he played with was Ella Fitzgerald,” Vince said, without grades.

“His improvisation changed the landscape of jazz, and some of his most famous songs were what a wonderful World, West End Blues and Hello Dolly! And he died on July 6, 1971.”

Vince had clearly succeeded in the mission and Hamilton was beaming. But she had a follow-up question: what was Armstrong’s nickname?

“Satchmo? ” he has answered.

“Agreed!” exclaimed Hamilton, giving him a clap on the hand.

The other young actors also offered their facts. Alayna Martus, 12, chose gymnast Dominique Dawes – nicknamed Awesome Dawesome – and Sydney chose writer and poet Phillis Wheatley Peters, whose most famous poem is On being brought from Africa to Americaa.

Hamilton also had a question at the end of Sydney: “Do you know the name of the first book published by Peters?” Sydney didn’t but promised to come back with the answer.

February’s backstage ceremonies have had a lasting impact on generations of actors who have entered and exited the show, under Hamilton’s charismatic leadership. This year, several former children of The Lion King – directed by Caleb McLaughlin from the Netflix series stranger things — came together to make a video for Hamilton — each submitting their Black History numbers for February.

Hamilton, of Montgomery, Alabama, the home of the civil rights movement his family helped, started the tradition after he arrived in The Lion King and asking her young co-stars about the meaning of February.

“One day, so casually, I said, ‘It’s Black History Month, guys. Let’s talk about it. What do you know about Black History Month?’ And they said, ‘Martin Luther King and Rosa Parks,'” she recalled, shaking her head. “There is so much more to our story.”

Hamilton has mixed things up a bit this year, starting the month by choosing the names of several black heroes from South Africa and putting them in a cup for the little ones to choose from: Chris Hani, Steve Biko, Mamphela Ramphele and Tsietsi Mashinini, among them. The Lion King takes place in South Africa, after all.

“They make me very proud. It’s like a game. It’s not homework. Learning can be fun,” she said.

It is an appropriate ritual for a show in which Africa is celebrated and where six indigenous languages ​​are sung and spoken: Swahili, Zulu, Xhosa, Sotho, Tswana and Congolese.

“The Lion King is rooted in ritual tradition, tribal things. Even the fabrics we wear in the show have tribal markings, the mask, the makeup – it’s all tribal,” Hamilton said.

The ceremony clearly honors a legacy of greatness — updated, naturally, as the inclusion of gymnast Simone Biles can attest — but also teaches kids to respect how they got here.

“They need to know that there was a time when we weren’t allowed to perform on stage or, if we were, we couldn’t walk through the front door of the theater,” Hamilton said.

“It’s a privilege to be able to share your gifts on the biggest stage in the world. And that’s what I try to instill in them because we haven’t always been able to do that.”

Are you interested in the theater? This camp aims to bring it to life for young people in the Manistee area