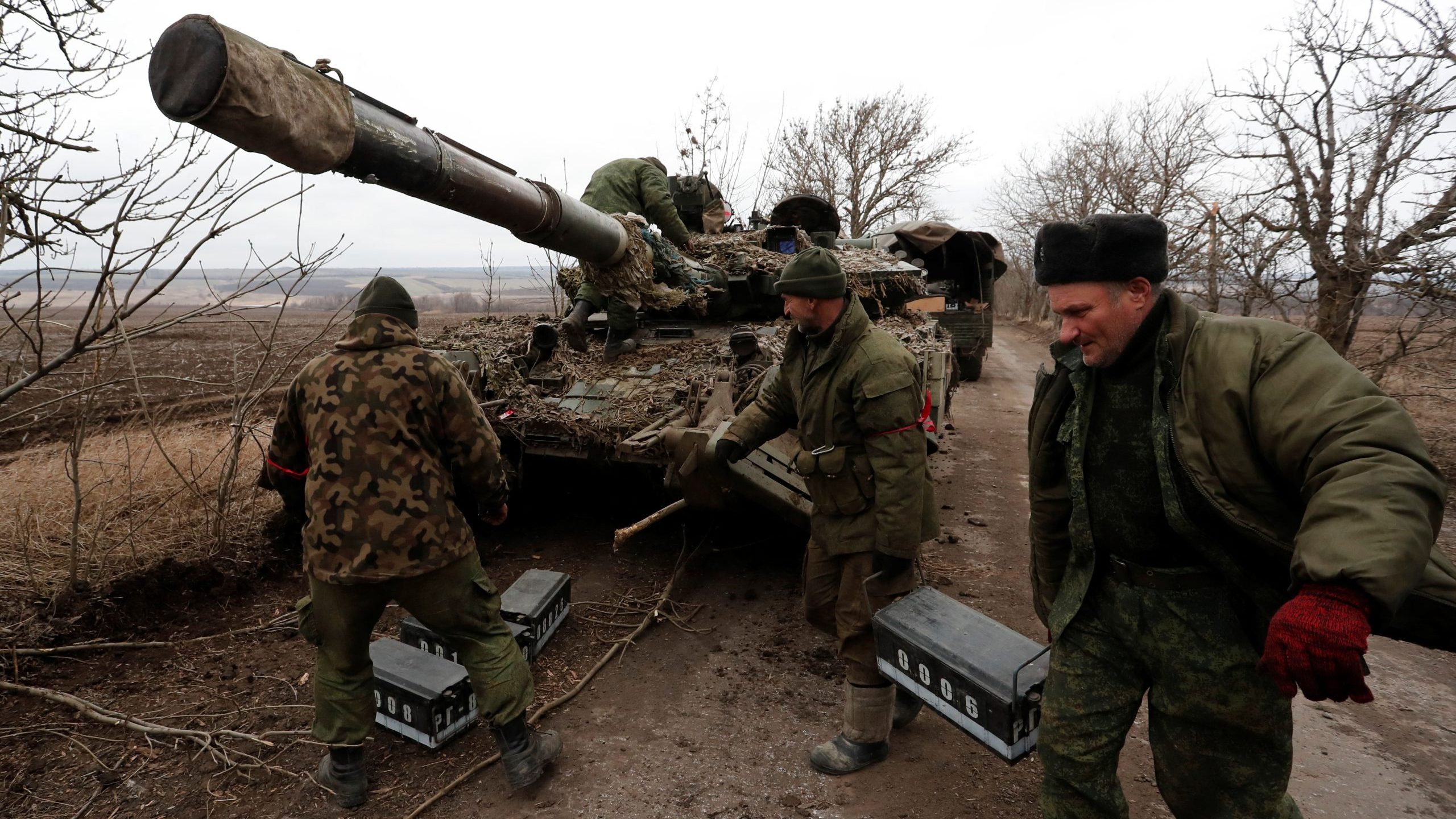 Four ways the war in Ukraine could end

The invasion of Ukraine by Russian forces has caused Europe’s worst security crisis in decades. But while most analyzes rightly focus on the immediate situation, it is equally important to foresee the multiple trajectories and possible outcomes of the war. Anticipating the uncertainties that this war will bring is a critical step in successfully managing its possible consequences.

Although the situation in Ukraine is fluid, the scenarios described here offer four plausible ways to end the conflict. Even the rosiest of these possibilities – which we have dubbed the “Miracle on the Dnipro” – are fraught with pitfalls. The United States, its transatlantic allies and partners, and indeed the entire world, are likely facing a difficult period of sustained contestation with Russia.

Scenario 1: Miracle on the Dnipro

Supported by defensive aid from NATO members, Ukraine’s military and civilian resistance overcame obstacles and halted Moscow’s advance, preventing Russian President Vladimir Putin from overthrowing the democratic government in Kiev and establish a puppet regime. The determination and skill of the Ukrainian resistance forces a stalemate on the battlefield that favors the defenders.

Soon it becomes apparent to the Kremlin that Russia will pay an exorbitant price for its adventurism, including the prospect of a long and costly job in Ukraine, coupled with economic collapse and diplomatic isolation. Putin sullenly orders the withdrawal of his troops. Ukraine remains a sovereign democracy, while Moscow’s defeat accelerates the domestic discontent that has already begun to emerge across Russia. Putin is focused on growing internal threats to his power. Meanwhile, NATO is facing an improving security situation, as Russia is sanitized and Ukraine draws ever closer to the West.

However, the security situation in Europe is not returning to the pre-war status quo. The short war claimed the lives of thousands on both sides, leaving behind widespread bitterness. And although a democratic Ukraine emerges intact if not unscathed, its still dangerous neighbor faces an uncertain future with the Russian political landscape at a tipping point. Whether the country leans towards greater authoritarianism under Putin, or moves away from it altogether, will largely determine Russia’s behavior with the rest of the world.

After weeks of intense fighting in Kyiv and other major cities, Russia manages to overthrow the Ukrainian government and install a puppet regime. However, neither the Ukrainian Armed Forces nor its people are ready to surrender. Far from it: instead, the Ukrainian population is mounting a broad, well-armed and well-coordinated insurgency against the invaders. Although Ukraine’s regular forces are being reduced over time and major cities like Kiev are occupied, Russia’s victory is Pyrrhic.

Repeating a pattern seen elsewhere in the world, the Ukrainian insurgency imposes a heavy human and financial toll on Russia, which is forced to devote many more of its resources over a much longer period of time than it had planned. . Compounding its puzzle is external support for the insurgents, with NATO countries providing covert but very robust defensive assistance to the Ukrainian resistance. The conflict empties Moscow’s coffers and resolve, eventually forcing a withdrawal after much violence and death.

Putin and Russia’s top elites are realizing they are living their own “Brezhnev moment”, having overstepped the bounds in their pursuit of maximalist goals in Ukraine. Just as Soviet Prime Minister Leonid Brezhnev led his country’s forces on a long and costly drudgery in Afghanistan, Russia has once again waged an unwinnable war, the proverbial quagmire that has trapped many powerful states across the story. Just as badly, in the eyes of most of the world, Russia has become a pariah state: Ukraine might be devastated, but Putin’s prestige suffers and his domestic position becomes precarious as elites doubt his judgment and that the population at large expresses its anger at the economic situation in Russia. and a reduced global reputation.

Ukraine eventually collapses under the weight of the Russian invasion. Despite intense opposition, Russian forces manage to take control of the country through the use of increasingly heavy-handed weapons and tactics. Resistance against a puppet government installed by Putin is smoldering and pervasive, but suppressed with brutal force and proving not strong enough to pose a significant challenge to the large Russian forces remaining in Ukraine. A new Iron Curtain descends in Eastern Europe, skirting the borders of the Baltic States in the north and passing through those of Poland, Slovakia, Hungary and Romania in the south.

As Russia faces high economic costs, Putin is consolidating his grip on power internally, suppressing domestic dissent with even greater force. NATO is more united in the face of an emboldened Moscow, but is forced to accept that it has very limited options to reverse Ukraine’s loss. In the aftermath of the crisis, Sweden and Finland joined the Alliance to strengthen their security against the revanchist aims of Moscow.

As with the first Iron Curtain, the new schism at the heart of Europe brings with it a familiar list of dangers and uncertainties. Newly suspect NATO and Russian troops are now eyeing each other across a suddenly militarized border, once again raising the prospect of direct conflict by accident or design. Intermittent security crises come and go, as Russia repeatedly launches additional military adventures and much more aggressive hybrid warfare operations against NATO allies. The antagonists prepare for a long, bumpy confrontation, with no clear outcome and no guarantee of a peaceful resolution.

The most dangerous scenario for the future of Europe and the world order is one in which the conflict in Ukraine opens the way to a direct military conflict between NATO and Russia. There are several paths to such an outcome, including:

The fog of war

Early evidence suggests that this war is turning in the West’s favor for three reasons. The brutal aggression of the Russian invasion and fiery Ukrainian resistance inspired popular support for Ukraine across Europe. Russia and Putin appear to have grossly underestimated both Ukraine’s resolve and the global outrage against Moscow. Finally, democratic governments on both sides of the Atlantic have made far-reaching political choices – economic, financial, diplomatic and security – that reflect boldness and renewed solidarity.

Yet the world remains in a dangerous and highly uncertain moment. What happens after this conflict is as much of a question mark as how, when and where the fighting ends. These four scenarios reflect plausible outcomes, but they hardly exhaust all possibilities. Putin could end up strengthening or weakening within Russia, depending on internal (popular uprising or coup) and external (China strengthening or reducing its support for Putin itself) developments. He could make a play for Moldova or Georgia, or even try to close Suwalki’s gap between Russia’s Baltic enclave of Kaliningrad and Belarus.

Wars, once started, rarely follow a script. More frequently, they lead combatants and non-combatants alike down unforeseen paths, sometimes with world-changing results. Russia’s invasion of Ukraine seems to carry the seeds of such a conflict. What his outcome will mean for Ukraine and the world remains to be seen.

Barry Pavel is Senior Vice President and Director of the Atlantic Council’s Scowcroft Center for Strategy and Security.

Peter Engelke is Deputy Director and Senior Fellow at the Scowcroft Center for Strategy and Security.

Image: Pro-Russian separatists are seen next to an abandoned tank in a separatist-controlled area of ​​Ukraine’s Donetsk region on March 1, 2022. Photo by Alexander Ermoshenko/REUTERS

Around Tampa Bay, SAGES scenes are playing with purpose

Romeo Beckham looks like he grew up with his mum Victoria at Paris Fashion Week, and more of the best celebrity photos this week | Gallery