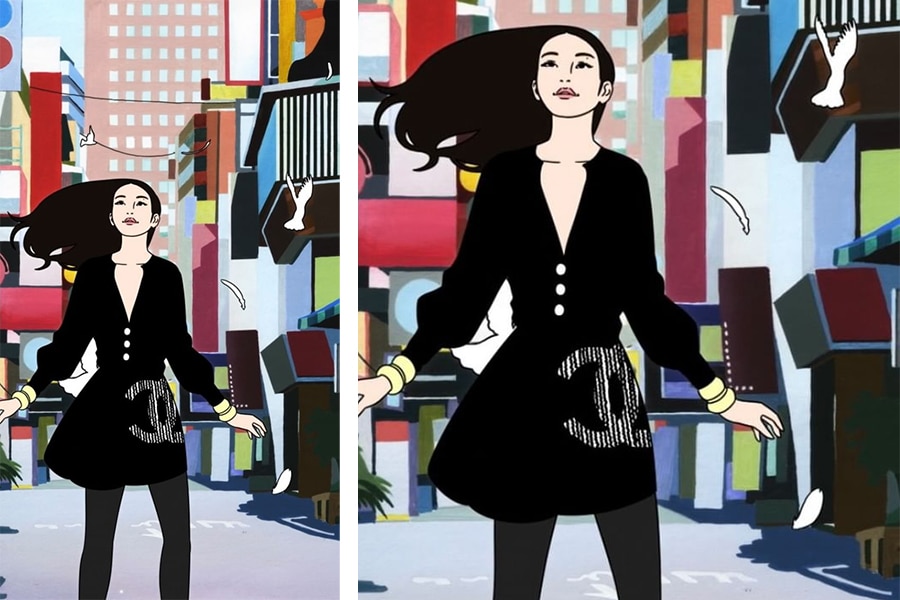 Just when you thought there was no new ground for the foursome behind K-Pop group BLACKPINK to cover, you’re wrong. That’s what happened this morning when Chanel unveiled an animated film starring House ambassador Jennie, reimagined in whimsical 2D form.

Rendered by the French production company, Remember, the short film was imagined in addition to the one released in December 2021 as part of the Chanel Métiers d’art 2021/22 show. Six months after the launch of the collection, this is how Virginie Viard announces its launch.

In the animation, Jennie is shown running through the streets of Paris with tokens of Chanel craftsmanship paving her way forward. There are shimmering sequins, layers of black silk, pearls and camellias; and as the musician soars, twirling and floating through the air, the key accessories of the Métiers d’art are pinned skyward. When Jennie lands, her feet no longer pound the pavement in the City of Love, but instead she is transported to her hometown of Seoul in South Korea. The architecture is vividly imagined and like all fairy tales, she is welcomed home by a flock of doves.

All the characteristics of Jennie’s appearance are represented in new and inventive ways. There are this curtain of glossy black hair and her signature muted pink lip color. In the film, she is also depicted wearing Look 53 from the Chanel Métiers d’art collection, a black three-button cardigan with an A-line pleated skirt, black stockings and Chanel pumps to complete the look.

The film itself is magical in every sense of the word. As if Studio Ghibli and the animators behind Fancy teams up on a project.

See Jennie in the animated video below.

The animation is just awesome. CHANEL extra for JENNIE? A yes. We can’t wait to see all of the work.🥺✨ #JENNIE #제니pic.twitter.com/npam0fLCTJ

LOOKING BACK: The venue that saved Vicksburg entertainment – The Vicksburg Post