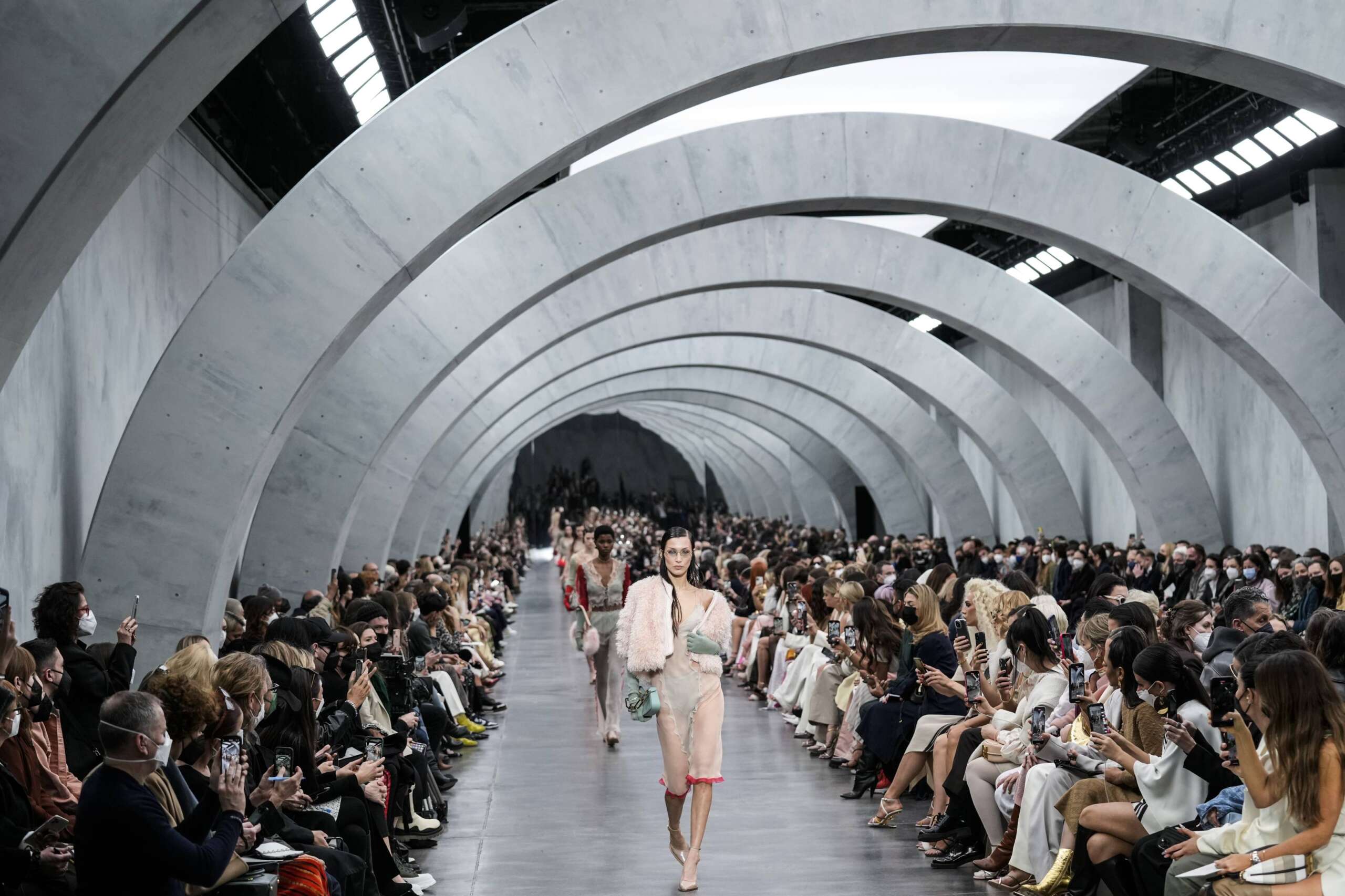 MILAN (AP) — As Europe braced for the winds of a possible war in Ukraine, the Italian fashion world followed up with a Milan Fashion Week that saw Russian buyers return after two years and the easing of pandemic travel restrictions.

An agreement with the government brokered by Italy’s National Chamber of Fashion allowed Russians vaccinated with the Sputnik V vaccine to enter the country if they were traveling on business and submitted to frequent rapid tests for the coronavirus.

They arrived for the first day of performances on Wednesday as tensions mounted over Russia’s military intentions in Ukraine. Invitations to the show were also sent to Ukrainian buyers, but they did not attend, according to the fashion council.

Highlights of the mostly female fashion shows for the coming fall and winter:

The Friends of Fendi were dressed from head to toe in the brand’s creations. Their arrivals offered a fashion show of Fendi ready-to-wear, the likes of which are rarely seen off the catwalk.

Jones’ latest collection for Fendi paired chiffon sheers with tweeds, lending a playful edge to the day and imbuing the evening with a sexy freshness. Jones said he was inspired by two collections by the late Karl Lagerfeld that, at first glance, seem diametrically opposed: Spring-Summer 1986, which featured geometric prints and cuts, and the sheer lightness of Fall-Winter 2000. .

For Fendi’s Fall-Winter 2022 collection by Jones, chiffons are patchworked with a ruffled outer stitch in day dresses with matching bloomers, worn with cropped fur, or ruffle-trimmed tops with trousers. Gloves or bags in bright orange colors, and grounded with sea foam green, offset the pastel tones.

Black and white checkered trousers and a pencil skirt offered the first hint of structure, paired with chiffon tops and wrapped in a cloud of fur. Looks became more regimented with tight corsets worn over men’s shirts with feminine gathers.

Additions like large flat belted pockets added a utilitarian touch that worked on chiffon dresses in conjunction with corsets or as an embellishment to a skirt or trouser. As the color palette darkened to navy, brown and gray, Jones offered the same silhouettes in leather, tweed and denim. Some have been softened with a chiffon ruffle detail along the seam.

“It’s a wardrobe designed for every aspect of a woman’s life, for every generation,” Jones said.

Ennio Capasa took the fashion crowd backstage behind the ermine curtain of the Arcimboldi Theater for Collection 0 of his new fashion company bearing his family name.

Capasa, whose brother Carlo is the chairman of Milan’s fashion council, is well known in fashion circles for his influential label Costume National, which he abandoned six years ago as financial partnerships faltered turned. Even Gucci CEO Marco Bizzarri showed up for a front row seat when Capasa returned from the runway.

“Intervals are an incredible luxury because they allow you to observe from a distance what you want to keep, what you want to leave,” Capasa said before the show as the models received their finishing touches close by. “I understood that I wanted to keep the timeless suit. A lot of my friends call me and say, ‘Your jackets are still very modern.’ And I wanted to keep that. But I left some of the stiffness that belonged to that era, to the 1990s.”

While his former brand had a uniform, strong quality of deconstructed black and white tailoring, Capasa said he wanted the Capasa brand to recognize drastically changed times by creating more individualistic looks.

The collection included looks such as a mini double-breasted pea coat to appeal to members of Gen Z as well as Gen X and beyond. The overcoats featured a striking leather strap and diagonally cinched buckle at the chest.

The collection was heavily influenced by the music of the 1970s, from rock to disco. It featured David Bowie-style suits with wide shoulders, androgynous tunics and wrap dresses that had a slight disco vibe, especially when paired with silver boots. Capasa used a dash of more color – there were purple suits, details in mustard yellow and bright Kelly green – than he did during his National Costume Days,

The boundary between menswear and womenswear was fluid. The jewelry reflected the kind of individuality seen on the street, not the same, and each a bit quirky, including body chains or appliquéd crystals instead of tops, and earrings that stuck out like ledges with a softly reverberating silver fringe.

Copyright © 2022 . All rights reserved. This website is not intended for users located in the European Economic Area.

Inside a Special Black History Month Rite at the ‘Lion King’