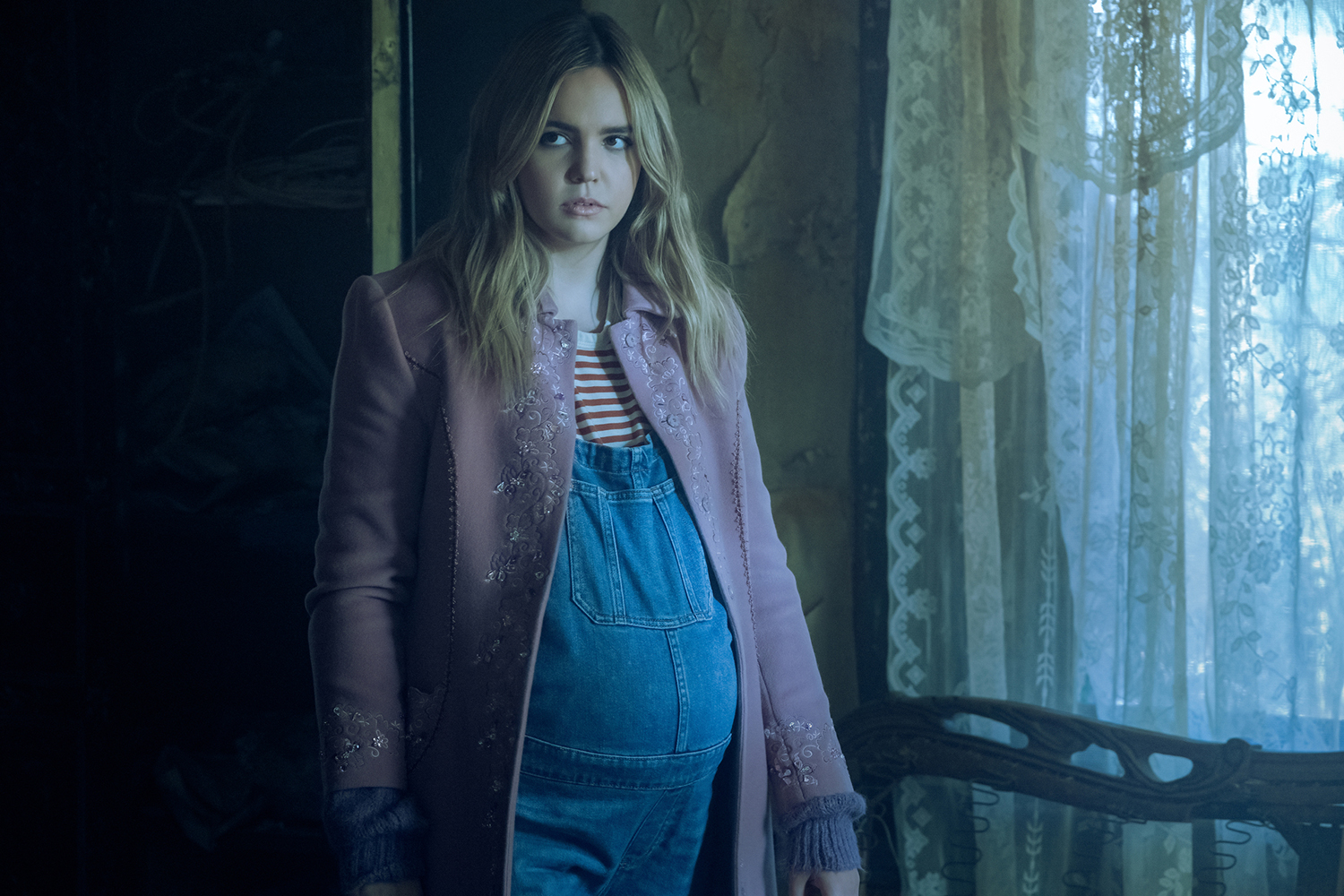 Pretty Little Liars: Original Sin Season 1 reached its conclusion with an intense, twist-filled finale. The latest episode provides answers to the biggest mysteries of the season – Angela Waters, the father of Imogen’s baby, and of course, A’s true identity. There’s a lot to unpack, so here’s a breakdown of the biggest reveals. of the finale and what could follow.

First, let’s take a look at the mystery of who attacked and impregnated Imogen (Bailee Madison) — the same person who attacked Tabby (Chandler Kinney). Tabby is suspicious of Chip (Carson Rowland) because he attended the same parties as Tabby and Imogen on the nights of the attacks. She tells Imogen, and the two decide to search his room for Imogen’s missing underwear, which he might have kept as a “keepsake”.

The girls can’t find the underwear, but they discover a disturbing collection of films that depict sexual violence against women. Imogen and Tabby then decide to confront Chip directly at the cinema. They blame him for the attacks and convince Chip that they won’t report him. Of course it’s a lie – Imogen says they’ve gotten good at lying this year. Chip admits to the attacks, saying he wanted to be closer to Tabby after she rejected his romantic feelings. In Imogen’s case, he found her drunk on the beach and saw an opportunity.

Just as the girls tell Chip they will report him anyway, A arrives. He scares Chip and flies over Imogen and Tabby, but they tell A about Chip’s crimes and he pursues the teenager.

The finale shares the truth about Milwood and Angela Waters’ mothers

All season, Pretty Little Liars: Original Sin shared pieces of the life of Angela Waters (Gabriella Pizzolo). Elodie (Lea Salonga), Sidney (Sharon Leal), Corey (Zakiya Young), Marjorie (Elena Goode), and Davie (Carly Pope) bullied and betrayed Angela when they were in high school. Things only got worse for Angela when she was raped by Tom Beasley, the future sheriff of Milwood (Eric Johnson).

In the finale, the girls learn from their mothers that Davie wanted to ruin Angela when she heard about the attack. Davie was dating Tom and she didn’t believe Angela’s claim. Davie told the school to “erase” Angela by completely ignoring her existence. And when Davie invited Angela to the New Years/Y2K party, they kept ignoring her even though she was in distress. All of this led to Angela committing suicide at the party.

Meanwhile, Kelly (Mallory Bechtel) confronts her father about his attack on Angela. Feeling that he is losing control, Tom puts Kelly and her mother in confinement at their home. He intends to kill them and kill himself, but Kelly’s mother stabs him with a knife. This scene will be important later.

Who is A in “Pretty Little Liars: Original Sin”?

Finally, the big reveal: who has been terrorizing the girls and their mothers all season? This isn’t Joe (Michael Maize), the wagon guy who wanted to avenge Angela’s death because he loved her. After Joe’s death, Faran (Zaria) thinks it safe to tell Kelly the truth about her twin sister Karen’s death – that A murdered her. However, A is still there and he knows that Faran broke the rules. As punishment, he kidnaps the girls’ mothers, forcing the girls to meet A at Milwood High.

A asks Imogen, Tabby, Faran, Mouse (Malia Pyles) and Noa (Maia Reficco) to split up into separate rooms. They each find their “bullies” – Tabby is Chip, Noa is his mother’s drug dealer, Mouse is Steve (Alexander Chaplin), Faran is Madame Giry (Kate Jennings Grant) and Imogen is his mother. A wants the girls to kill their bullies (in Imogen’s case, get the truth from her mother’s hidden diary page), but they all refuse. Its good; they pass A’s test. The killer then orders them to meet in the gymnasium, where their mothers are tied up with A and Principal Marshall Clanton (Robert Stanton).

Principal Clanton is revealed to be Angela’s father, while the Masked A is her brother, Archie (no relation to Riverdale). Angela’s mother had Angela when she was in high school, but Clanton’s family paid her to shut up. Still, Angela grew up to frequent Milwood, where Clanton watched her and saw her being bullied.

Now Clanton wants revenge on Angela’s bullies by killing them all. Since Davie is already dead, his “sins” are passed on to Imogen. A chases Imogen to her home, where she hides behind a shower curtain. After a final scuffle, Imogen stabs A – and goes into labor.

Will ‘Pretty Little Liars: Original Sin’ get a season 2?

Imogen has her baby girl and plans to move forward with the adoption. Everyone is safe and everything seems to be over: Clanton is in jail and Tom and Archie are under arrest in the hospital. However, Archie escapes and kills Tom before going to Chip’s house, as he was released on bail. So it’s really over?

HBO Max did not cancel Pretty Little Liars: Original Sin Again. However, season 2 is also not confirmed. In a recent interview with TVLine, co-showrunners Lindsay Calhoon Bring and Roberto Aguirre-Sacasa said they wanted to work things out just in case. And yet, there is still one thing unresolved:

“Archie is still there. He is still alive ! Aguirre-Sacasa shared.

How to get help: In the United States, call RAINN’s National Sexual Assault Hotline at 1-800-656-4673 to connect with a trained staff member at a sexual assault service provider in your area .