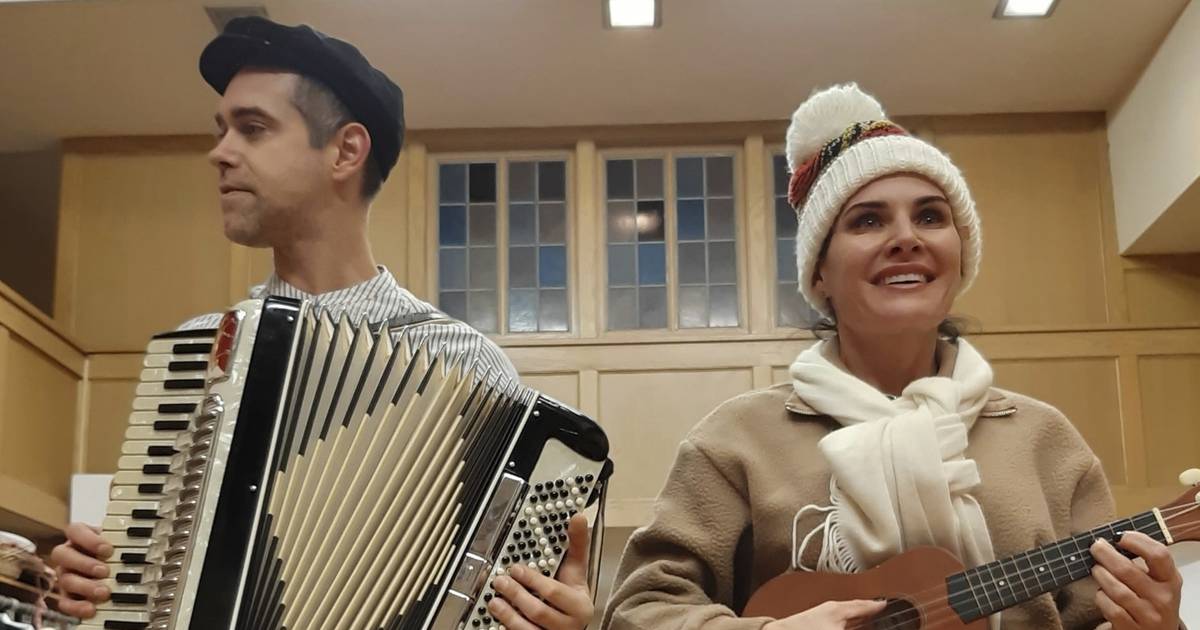 When the members of this theater company proclaim that the show must go on, they really mean it, even though they only have six hours to prepare and perform Charles Dickens’ holiday classic.

In the comedy ‘A Christmas Chaos’, the Royal Shakespeare Theater plans to perform ‘A Christmas Carol: as a special play in a small theatre, but Mother Nature has other ideas.

“It turns out the Royal Shakespeare Company is stuck and unable to do the show,” said director Julie Price.

The show being sold out, the staff of the small theater decides to continue the show anyway.

“So with just six hours until curtain time, they put on their own version of ‘A Christmas Carol,'” Price said. “So everybody who does a bit of amateur theater and all the technical stuff and the writers and the producers. Everyone must participate to put on this show. While they’re doing this, everything gets chaotic as they put on the show.

Audiences can watch the chaos ensue when the Elgin Theater Company performs ‘A Christmas Chaos’ November 11-20 at the Elgin Art Showcase in downtown Elgin.

Performances take place at 8 p.m. on Fridays and Saturdays and at 2 p.m. on Sundays. Sunday performances will be interpreted by signs for the deaf and hard of hearing.

While the Elgin Theater Company has produced classic holiday-themed radio shows in recent years, Price said she wanted to do a play this year. And she wanted it to be different from the typical holiday fare.

“I searched for months this summer because I was really struggling to find anything because everything is either ‘It’s a Wonderful Life’ or ‘A Christmas Carol’. And these are so done and overdone and always made that I just wanted to have something different,” she said.

“They’re uplifting and they have uplifting moments, but they’re usually sad. And right now, I just want people to laugh. I like to hear people laugh together in groups and hear actors laugh and have a good time. There really is no such thing, the world being as it is. We all need to laugh.

Written by playwright Michael Wehrli, “A Christmas Chaos” is similar to “The Play That Goes Wrong,” which ended a run in Chicago earlier this year.

“I love pulling pranks that make people laugh. This show has a very similar flavor to this one,” Price said. “Literally, it’s all wrong.”

Saying more about the plot would be giving away a lot of the comedy, which involves physical as well as technical humor.

“All roles within a theatrical production are involved in chaos,” she said.

Many of the 17 cast members have multiple roles.

“Even putting the program in place, it was very confusing how to attribute to people what they were doing,” Price said. “They play themselves, and then they also play characters in the play in the play. And they also play a technical role. It’s a lot. It’s very chaotic.

Even the staging of the play is difficult to describe.

“Let’s just say the frame is random and shuffled,” Price said. “This group only had six hours to prepare for this, so they have to make do with what they have.”

This also goes for costumes.

“Some of them are unusual, shall we say,” she said.

Appropriate for all ages, the show is just under two hours of “good fun and silly humor”.

“What I love about this show is that the actors have a good time,” Price said. “Rehearsals are just a big point. We laugh so hard.

The cast members aren’t afraid to jump in and put themselves out there, Price said.

Kathy Cichon is a freelance journalist for the Courier-News.