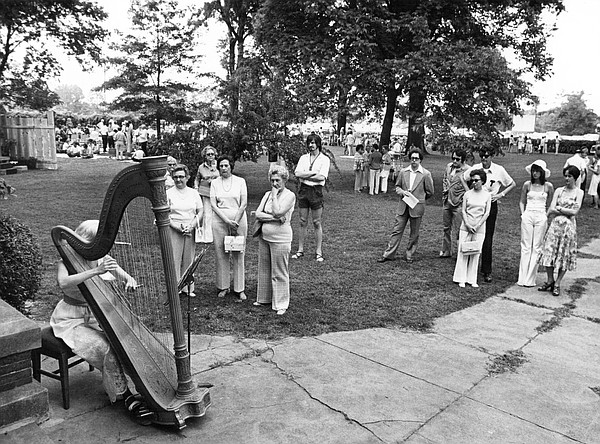 Does anyone recognize what’s going on in this vintage photo from the Arkansas Democrat-Gazette archives?

A more than perfect Saturday scene took place at Marlsgate in Scott on May 22, 1976, as around 1,000 civility-seeking Arkansans picnicked or moved around the grounds of the ancient Dortch plantation.

The occasion was an open-air performance of Gilbert and Sullivan’s “The Mikado” by the 3-year-old Arkansas Opera Theater with some 30 local actors under the direction of Ann Chotard.

Before they could picnic and / or reel, supporters had to find Bill and Mimi Dortch’s estate, which Arkansas Gazette critic Bill Lewis described as an anachronism “after about a mile of driving. very gravelly â€. Lewis saw a “very real old-fashioned plantation house” surrounded by flat, fertile and almost well-manicured fields of pecans and oaks that had seen other centuries, a lake dotted with cypress trees and “an ambience. straight out of GWTW “-” Gone with the Wind. “

Rain marred the Marlsgate Opera Festival the week before, but May 22 was sunny and clear with a refreshing breeze sweeping through the fields, Lewis wrote, “bearing dust from an occasional passing van, like a curtain across the landscape “.

The $ 10 tickets included soft drinks, beer and wine handed out under canopied booths that gave a sort of “evoked Elizabethan feel” to the stage. Musicians from the Arkansas Symphony have performed here and there around the wide, shaded courtyard.

Steve Keesee photographed Sue Taylor, symphonic harpist, near the steps of the mansion. It was spelled from time to time by the madrigals at Trumann High School; and Arkansas poet laureate Lily Peter de Marvell read her poetry.

Guests drew their lawn chairs and blankets for “The Mikado”, which occupied “an adequate makeshift stage set at a corner in a corner of the impending colonnaded mansion”.

The reviewer praised their “uniform excellence” and made no reference to a professional British production of the satirical masterpiece that AETN had aired that very week.