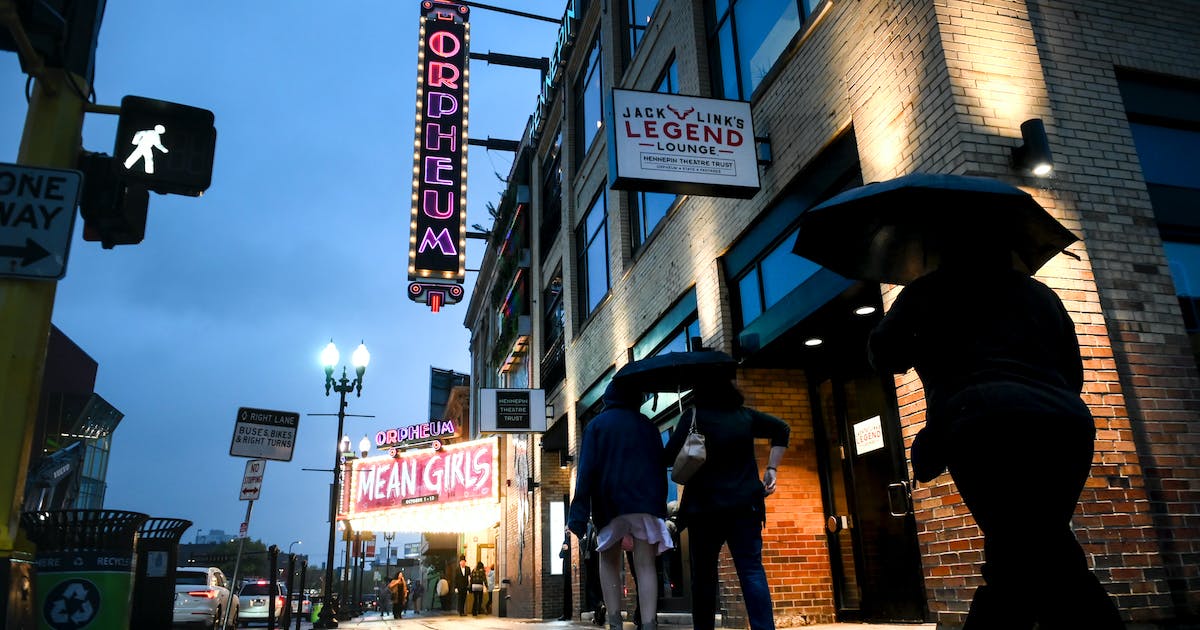 Curtain up on a second century theater on Avenue Hennepin

For 100 years, generations of Minnesotans and people from across the country have walked through the lobby doors of historic downtown Minneapolis theaters, taken to the Hennepin Theater District and transported as the lights go down and let the curtain rise.

Over the years, these theaters and the art presented on their stages have surprised and delighted, stimulated and provoked. They explored social issues and ideas and provided understanding and healing even in the most difficult times.

It has not always been so. In the decade leading up to 1990, all three theaters were vacant and closed after a series of owners decided the upkeep was not worth the cost, and Hennepin Avenue was not active enough to sustain a traveling season. sold out on Broadway. Thankfully, that all changed when the city paved the way and purchased the theaters, restored them, and brought them back to their original glory.

The State Theater reopened after restoration in 1991. The Orpheum followed in 1993 and “Miss Saigon” opened there in 1994. Finally, the Pantages was restored and reopened in 2002. The city imposed modest theater restoration charges on tickets in the late 1990s. who funded their restoration.

In 2005, city leaders, along with performing arts visionaries Fred Krohn and Tom Hoch, laid out a plan to secure the theaters’ future. Hennepin Theater Trust was established in 2000 as a non-profit organization to take responsibility and secure their future. In 2005, the trust executed a lease and bond financing with the city of Minneapolis to transfer ownership of the city’s theaters to the trust over 30 years.

The rest is musical theater history, in short, in the words of Elphaba from “Wicked”, we “have been changed for good”.

This year, the city and the Hennepin Theater Trust are celebrating 100 years of the Orpheum, State and Pantages theatres. But that’s not all we celebrate.

This week the trust, in partnership with Minnesota-based Bremer Bank, announced that it had repaid bonds issued by the city of Minneapolis in 2005 for the Orpheum, State and Pantages theaters – 13 years ahead of schedule.

The trust realizes the city’s original vision after the expert restorations of these century-old theaters, expertly maintaining them, programming them for hundreds of nights a year, ensuring accessibility for all and securing their future for generations. coming.

Over the past few decades, the impact of the Hennepin Theater Trust has grown significantly. More than 7 million people experienced the excitement of Broadway and concerts on Hennepin Avenue through more than 5,000 events. The Trust has been a strong partner in invigorating the Hennepin Theater District with world-class entertainment and large-scale urban art installations showcasing the work of our diverse communities. The trust’s education program has served more than 100,000 high school students across Minnesota, some of whom perform on Broadway today.

Since the theaters were restored, their economic impact is well over $1 billion, with effects felt in the arts, education, restaurants, hotels, parking, transportation and increased value. properties in the city center, which benefits the entire state.

For many years, city leaders, including several mayors and dozens of city council members, believed that the performing arts would contribute to a vibrant and vibrant downtown and foster the vitality of our state. We supported and funded the relocation of the Shubert Theater by nationally recognized Artspace Projects to also establish the Cowles Center for Dance and the Performing Arts on Hennepin. Today, this broad vision of the arts as economic development is coming to fruition.

All Minnesotans can be proud that our community is able to maintain a nationally recognized performing arts district, contributing to our identity and pride as Minnesotans. As we look to the future, we know the power of the arts in our community will continue to grow. As the main character of “Hamilton” might say, “there’s a million things we haven’t done, but wait.”

Lisa Goodman is a member of the Minneapolis City Council. Scott Benson is a former board member and served on the board of the Hennepin Theater Trust.

Products approved by experts for a healthy home