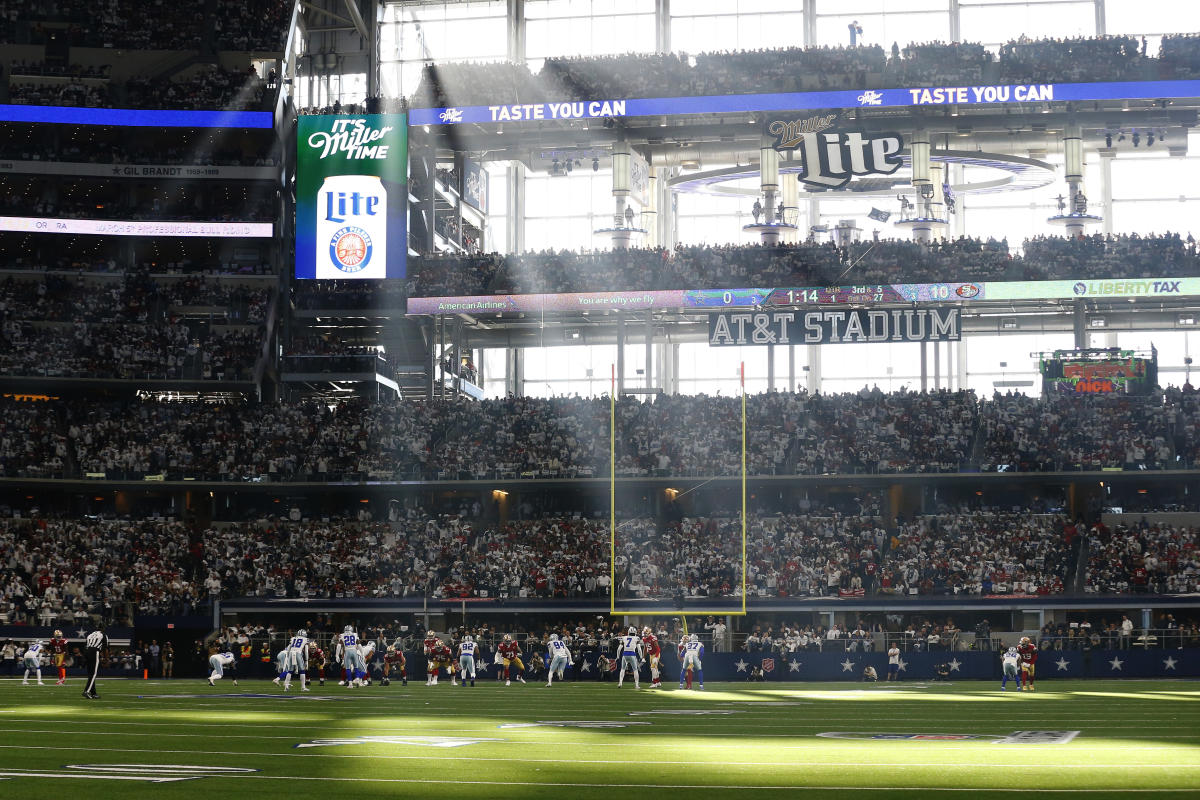 You don’t often hear a footballer say he lost a ball in the sun. But at the AT&T stadium, it’s understandable.

On Sunday, the Dallas Cowboys kicked off their home weekend game against the San Francisco 49ers in mid-afternoon. It’s not unusual. Here’s the thing: for anyone looking left to right, on your TV or device screen, they were battling blinding sunlight streaming through the windows.

There was a play late in the first half when Cowboys receiver Cedrick Wilson never even reacted to a pass from Dak Prescott, and that’s probably because he couldn’t see anything. This CBS camera shot read:

Cowboys or 49ers players looking west had to deal with this for most of the second quarter when the sun was out the window. Wilson admitted he couldn’t see the ball being thrown at him.

AT&T Stadium, often referred to as “JerryWorld” after Cowboys owner Jerry Jones, is one of the best stadiums in the world. It is luxurious and oversized, befitting the location of Texans. When designing the stadium, which cost over a billion dollars, did anyone think about this design flaw? Or maybe even hanging curtains?

On the way to the theater in Maine