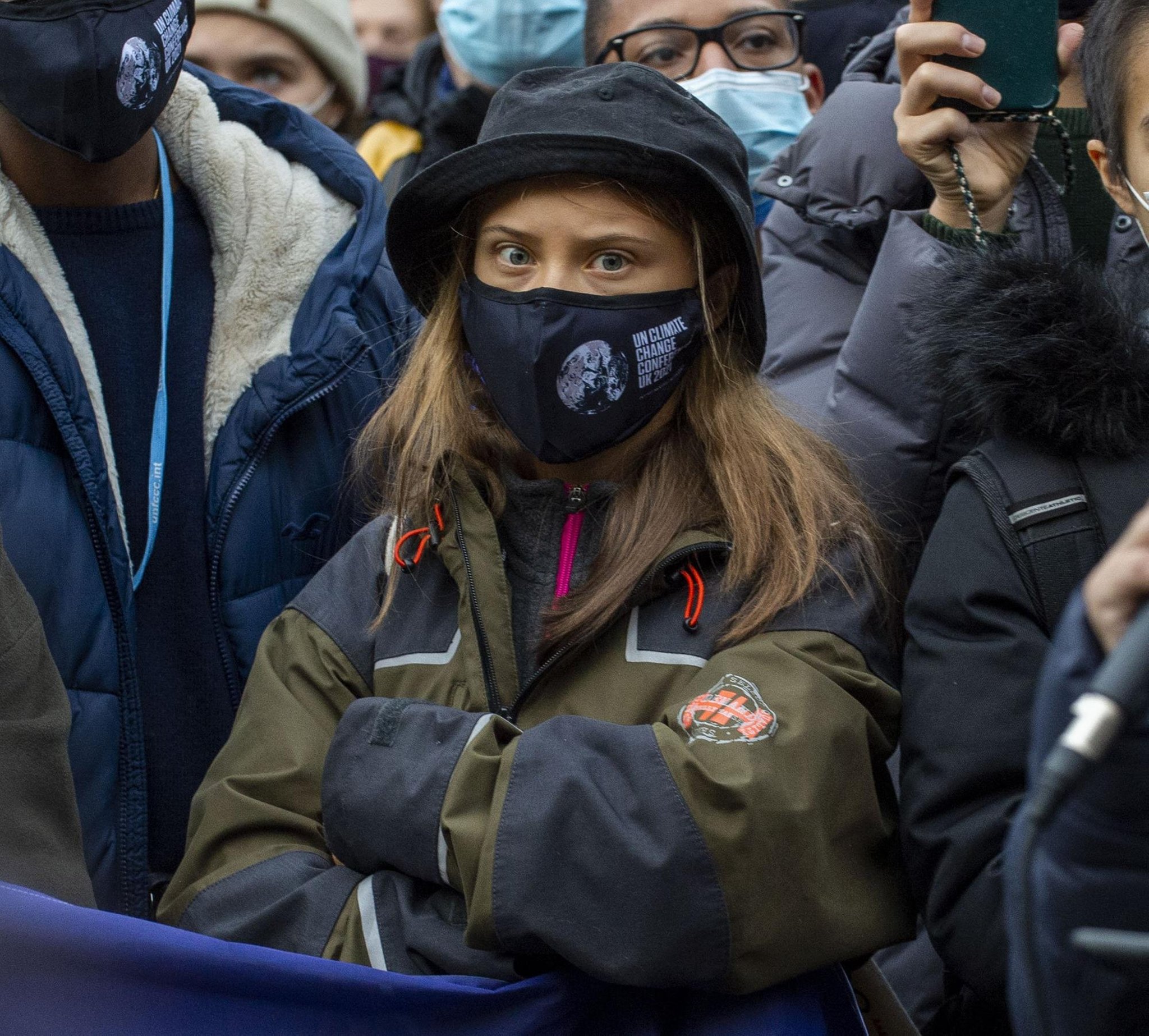 But on the opening day of COP26, the choices were clearly illustrated.

North of the river, in the summit’s blue zone, world leaders solemnly sat down as speaker after speaker addressed the opening ceremony, speaking about the need for change and recounting all too familiar stories of how the climate crisis is destroying lives and entire communities.

As a result, the room at the SEC venue that hosted the ceremony was renamed Cairn Gorm. No title better illustrates the scale of the challenge facing Boris Johnson and his team, who must play the role of broker and arbiter during the next fortnight of intense negotiations.

There is a mountain to overcome to strike a transformational deal that limits global warming to 1.5 Â° C and triggers long-term fundamental changes for the international financial system. The Prime Minister is in charge of a turning point for humanity. The question now is which way we turn.

If the first day of COP26 was a guide, Mr Johnson risked giving the impression that he viewed the trip as some sort of Wodehousian madness.

In an opening ceremony dominated by serious warnings and heartfelt appeals, he took his fellow leaders and a global television audience on a rhetorical detour, opening his speech with a reference to James Bond.

Greta Thunberg attends a rally of young climate activists this afternoon at Festival Park, Glasgow. Photo: Lisa Ferguson LEADERS FROM ALL OVER THE WORLD GATHER AT COP26 IN GLASGOW TO DISCUSS CLIMATE CHANGE

“The tragedy is that this is not a movie and the doomsday device is real,” Mr Johnson said, retreating further in a gnawing metaphor designed to focus on the time bomb that faces the planet.

The credibility of the famous spy has never been tarnished since the scene of the double pigeon taking in Moonraker.

If the muffled reaction inside the room was any guide, Mr Johnson’s efforts at humor and levity landed like a drunken punch.

Not because his material went unrecognized by international audiences – after all, James Bond jokes and cattle belching are as common as the common denominators have been – but simply because they don’t. were unable to recognize the atmosphere.

COP26: half of Scots believe that a major climate conference will not bring …

Many of those who spoke at the conference’s first flagship event at times seemed on the verge of tears as they urged world leaders to recognize the urgency of the climate crisis. It is not by chance that they were directly affected by it.

Elizabeth Wathuti, a climate activist from Kenya, recounted meeting three young children crying by a river after walking 12 miles with their mother in desperation for water.

The 26-year-old then asked the world’s most powerful people to be silent in memory of the billions who were not present in Glasgow, whose stories were not heard and whose suffering was not felt .

â€œPlease open your hearts,â€ she implored. “If you allow yourself to feel it, grief and injustice are hard to bear.”

Mia Amor Mottley, the Prime Minister of Barbados, has spoken passionately – and sometimes angrily – of the looming ‘death sentence’ facing her country and other island archipelagos as global temperatures – and sea level rise. from the sea – continue to increase. â€œPut simply,â€ she asked, â€œwhen will the leaders lead? “

Against such calls to action, Mr Johnson’s pop culture invocations seemed trite and trivial, although if his direct reference to 007 had the effect of focusing minds on the impending environmental disaster, it will be a setback that will be worth enduring, and the Prime Minister’s use of doomsday imagery has produced powerful lines. â€œIt is,â€ he told the audience, â€œa minute before midnight. “

He also struck a resounding note when he warned his fellow leaders that they would be judged by future generations with “bitterness and resentment” if they did not act.

Overall, however, his speech stumbled upon too many jarring chords to achieve any kind of harmony or power.

It just confirmed that our Prime Minister is a particularly low-spirited man, and cemented the idea that the best thing he could do to usher in progress would be to let his negotiating team do the hard work.

In contrast, the speaker who made the most impact during the seventy-minute ceremony was Sir David Attenborough.

Aided by a concise and elegant short film demonstrating the catastrophic consequences of rising carbon emissions, the 95-year-old addressed the crowd – and the world watching them – with energy and energy. indignation of a man a quarter of his age.

The veteran naturalist delivered a speech rich in detail and emotion, and the most captivating moments came as he expressed his disbelief in the face of humanity’s capacity for selfishness and ultimately self-destruction.

“Is this how our story should end?” ” He asked.

“A story of the smartest species doomed by this all too human characteristic of not seeing the big picture in pursuit of short-term goals?” “

Elsewhere, UN Secretary-General AntÃ³nio Guterres has impressed with a concise and, at times, necessarily austere speech.

He warned that humanity’s dependence on fossil fuels is pushing it to the brink, a situation with only a limited number of results. “Either we stop it or it stops us,” he explained.

Failure, Mr. Guterres said, was not an option, as failure was a death sentence.

He went on to list some of the specific actions required – especially with regard to climate finance – in a way Mr Johnson did not, and acknowledged the particular responsibility of developed countries to lead the effort.

He also expressed some long-standing issues in tackling climate change, such as the “credibility deficit” and “excess confusion” that exist around emission reductions and net zero targets.

His address ended with a manifesto-style rally which, as a happy accident, echoed a famous monologue from the history of Scottish cinema. â€œChoose ambition,â€ Mr. Guterres said. â€œChoose solidarity. Choose to save our future and save humanity.

The Duke of Rothesay’s speech was at times insightful and momentarily intriguing when he spoke of the need for a “broad military-style campaign” to mobilize the strength of the global private sector in the fight against climate change.

For the most part, however, it was an uninteresting oratory piece, weighed down by buzzwords and jargon.

There is a growing sense that the scale of the challenge demands nothing more than a revolution. A 72-year-old man referring to a â€œcomprehensive systems-level solutionâ€ and â€œleveraging the circular bioeconomyâ€ is far from it.

But then, even he must know that his peers have failed in their duty to fight the climate catastrophe. Now a new generation is getting all the more impatient with the same old games we’re playing.

The next two weeks will determine if there is any action to supplant oratory and bombast. It is easy to choose the right words. It’s even easier to pick the wrong ones.

A message from the editor:

Thank you for reading this article. We depend on your support more than ever, as the change in consumption habits caused by the coronavirus is having an impact on our advertisers. If you haven’t already, consider supporting our trusted and verified journalism by purchasing a digital subscription.

Plaza Theatricals The production of SOUTH PACIFIC by Rodgers and Hammerstein was “an enchanted evening!