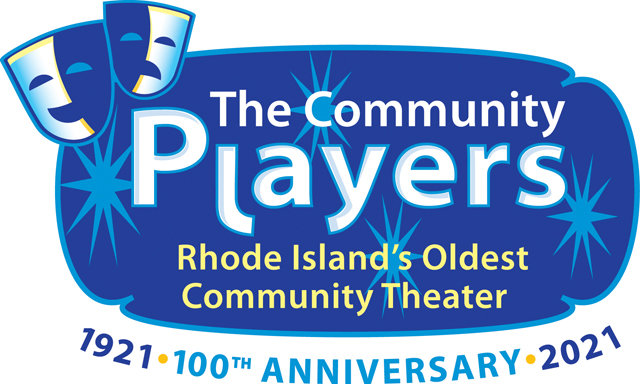 The community’s 100th anniversary season kicks off with a special presentation of AR Gurney’s â€œLove Lettersâ€.

Performed by three different actors, this unique, touching, funny and imaginative play is made up of letters exchanged during a lifetime between two people who grew up together and separated, but continued to share confidences. Their lifelong correspondence begins with birthday thank you notes and summer camp postcards and continues through boarding school, college years and married life.

Starring the talents of popular comedian Frank O’Donnell and beloved TV personality Kelly Bates Riley, directed by Patricia Hawkridge, who will take the stage on November 19, followed by longtime members of the theatrical scene local Lara Hakeem and Jeff St. Germain, directed by Marcia Zammarelli on November 20, and concluding with audience favorite and former Community Players president, Claire L. Beauregard, reunited with a very special guest artist, directed by Lynne Collinson on November 21 November, â€œLove Lettersâ€ is not to be missed!

“Love Letters” will be presented for one weekend only, November 19-21.

The season continues with the world premiere of “A Tree Falls in Brookline” by award-winning Rhode Island local playwright David Christner. Directed by Richard Griffin, this comedic play tells the story of Cormac “Mac” McIntyre, a largely unproduced and unrecognized playwright whose work begins to be recognized abroad, when a tree falls in Brookline, leaving him with a traumatic brain injury and only an obscure memory of his past. Could the key to his recovery lie in the characters he created in his plays? Does each character he created represent an aspect of his personality, which could help him piece together his fragmented memory? Mac’s roller coaster through his tumultuous past to find out who he is in the present is a journey you won’t soon forget.

In the spring, Terry Murray directs the worldwide hit musical “Mamma Mia!” Told through legendary ABBA music, the story takes place on a Greek island paradise where 20-year-old bride Sophie is looking for her father. On the eve of her wedding, Sophie’s quest to uncover her father’s identity brings three men from her mother’s past to the island they had visited 20 years earlier. With 22 ABBA hits, including “Dancing Queen”, “Super Trouper”, “Take A Chance on Me” and “The Winner Takes It All”, “Mamma Mia!” will make the audience dance in their seats!

The season ends with the comedy â€œPlay On! By Rick Abbot, directed by Greg Geer. A community theater desperately tries to produce a murder mystery despite the maddening interference of a haughty local author who keeps revising the script. Act I is a rehearsal of the dreadful spectacle, Act II is the almost disastrous dress rehearsal, and the final act is the actual performance, in which anything that can go wrong happens. When the author decides to give a talk about the state of modern theater during the rappels, the audience is treated to a crazy climax and completely hilarious acting. Even the sound effects get their fair share of laughter.

Community actors join with other Rotary and national arts organizations in their efforts to reduce the spread of COVID-19 and its variants and protect the health of our audience members, artists, volunteers and staff. Effective immediately, prior to entering the building, all customers attending performances will be required to provide full proof of vaccination for COVID-19 (at least 14 days since the final dose), as well as official identification. government issued ET will be required to wear a mask covering their nose and mouth for the duration of their stay in the building. There will be no exceptions to this policy. These protocols will remain in effect until CDC guidelines and school department requirements are revised.

Produced at the Jenks Auditorium located at 350 Division Street in Pawtucket (across from McCoy Stadium), performances are scheduled Friday and Saturday evenings at 7:30 p.m. and Sunday mornings at 2:00 p.m. Individual tickets cost $ 18 for adults and $ 12 for students (with valid ID) for non-musicals, and $ 23 for adults and $ 18 for students for musicals. Memberships for the 2021-22 season are currently available. Members enjoy substantial savings with two different membership options. A standard membership entitles the bearer to one ticket for each of the four shows. The second option, the Flex Pass, gives members four tickets to use as they see fit. For example, all four tickets can be used for one show, two tickets can be used for two different shows – be creative, the choice is yours! Reduced rates are also available for all performances for groups of 20 or more. Come live the live theater experience at its best!