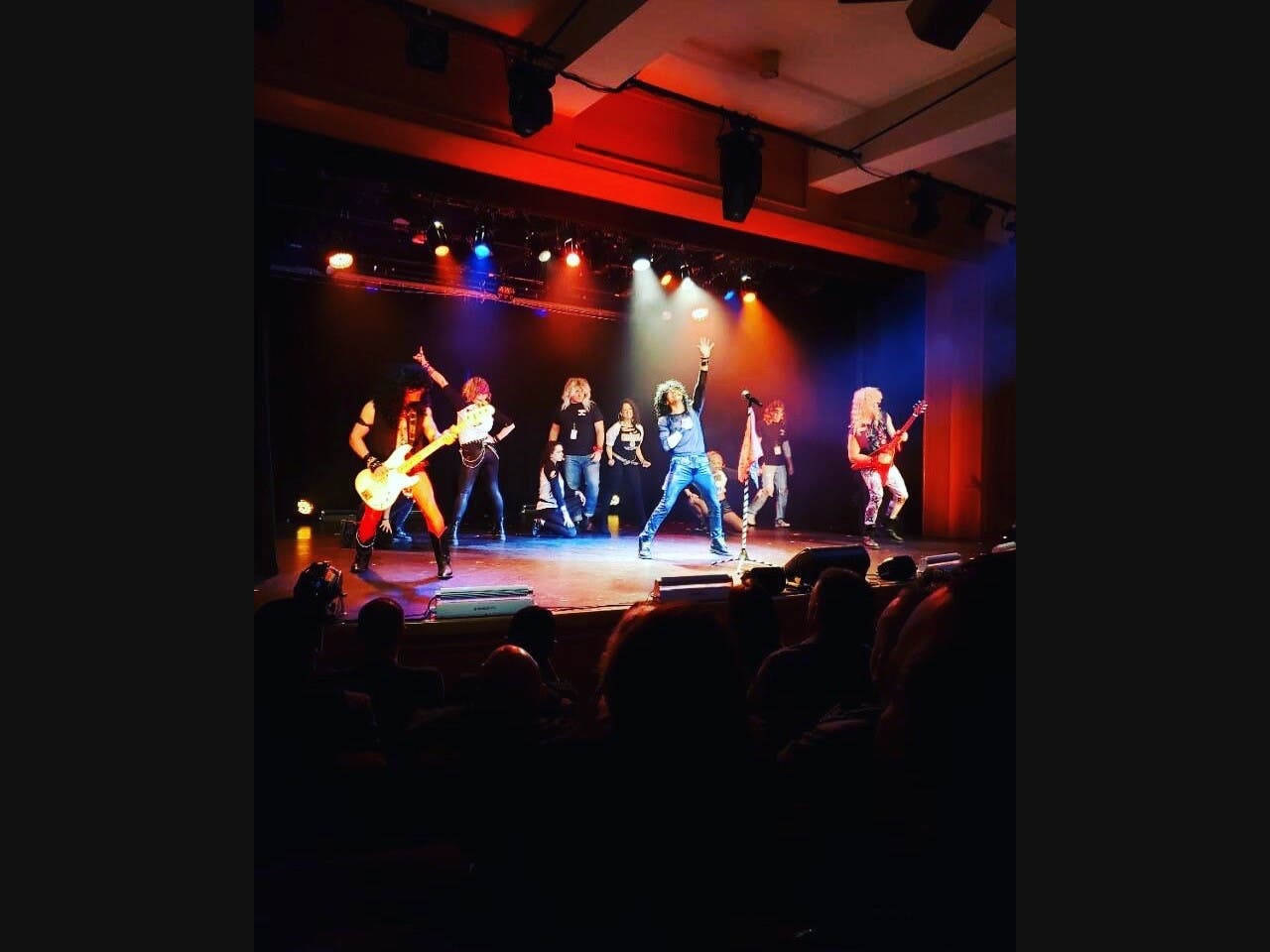 CHAPPAQUA, NY – When the curtain rises at the Chappaqua Performing Arts Center over Veterans Day weekend, two Horace Greeley graduates performing in front of a local crowd will take a step toward fulfilling the ambitions of a production emerging on Broadway, after the first performances created an immediate buzz.

Elana Cantor and Katie Weinstein told Patch that the circuitous trips, which brought the two former classmates together in front of the ramp where they grew up, make the debut hit “Choices: A Rock Opera” all the more enjoyable.

While Cantor found success honing her craft on the Left Coast, she was never on stage at the Chappaqua Performing Arts Center. She said the upcoming performances will not only allow her to fulfill a childhood dream, but will also give her a rare chance to perform for friends and family near her home.

“It feels good,” said Cantor, a recent UCLA graduate. “It feels like the circle is complete.”

Weinstein, who now lives in Manhattan, is no stranger to the Chappaqua Performing Arts Center stage. The recent Cornell graduate has worked in children’s theater productions, but her passion has always been dance. The serendipity of her mother, Dawn Levy Weinstein, who has lived in Chappaqua for 23 years, being involved in the project and the fact that the production was in the workshop in the Hudson Valley, led her to leave her zone of comfort.

“Honestly, I’ve always thought of myself as a dancer,” Weinstein explained. “If it wasn’t for ‘Choices,’ I don’t know if I would have considered musical theater, but it really feels like it was meant to be.”

As engaging as the tale is of two charismatic hometown performers pursuing careers in the arts and perhaps a shot at immortality on the Great White Way, this is the Faustian tale of a fictional rock idol. which will take center stage once the lights go down.

Broadway’s MiG Ayesa, famous for ‘Burn the Floor’ and ‘Rock of Ages,’ stars in ‘Choices: A Rock Opera,’ a new musical with an original score by John Krupa about a driven but naïve singer in a spandex 1980s- wear, hairspray Rock Band.

According to the producers, the lyrical melodies uniquely juxtaposed against the heavy metal guitars and screaming synthesizers help win “Choices” many fans. The Rock Opera follows the lead singer on a journey through roadblocks, dilemmas and moral ambiguities as a mysterious man promises superstardom, friends and fans, and a captivating woman shows him a world beyond. of his passion which made the success of the group, but which delayed his personal evolution. Torn between a life of domestic happiness and a life of celebrity, can he make the real choice?

Well, you’ll just have to see for yourself.

The musical is presented as an introspective and authentic representation of the thrilling and electrifying rock era of the 80s, while history is the music in this modern musical for all audiences.

Following the success of April’s sold-out workshop productions of “Choices,” three performances will now be presented over Veterans Day weekend at 8 p.m. on Friday, November 11 and Saturday, November 12, with a show at 2 p.m. on Sunday, November 13. , at the Chappaqua Performing Arts Center.

The Veterans Day show performance will be a fundraiser for the non-profit Wounded Warrior Project. In honor of their first performance on Veterans Day, “Choices: A Rock Opera” will donate a portion of ticket sales to directly support Wounded Warrior Project programs and services, including access mental and physical health care, employment assistance and education services.

“With six new songs and an improved storyline, we’re excited to continue exploring the characters and music for this all-new production,” Krupa said of the project’s progress. “Our talented cast of Broadway, off-Broadway and regional theater artists continue to bring this important story to life.”

Two of these talented performers are already stars in town, and maybe, just maybe, like the hero of the show, they’ll soon find themselves on the cusp of their big break. And we can all say we saw them perform long before “Choices: a Rock Opera” was a household name.

Tickets are $40 plus a $2.50 service charge. For tickets and additional information, visit the show’s website.