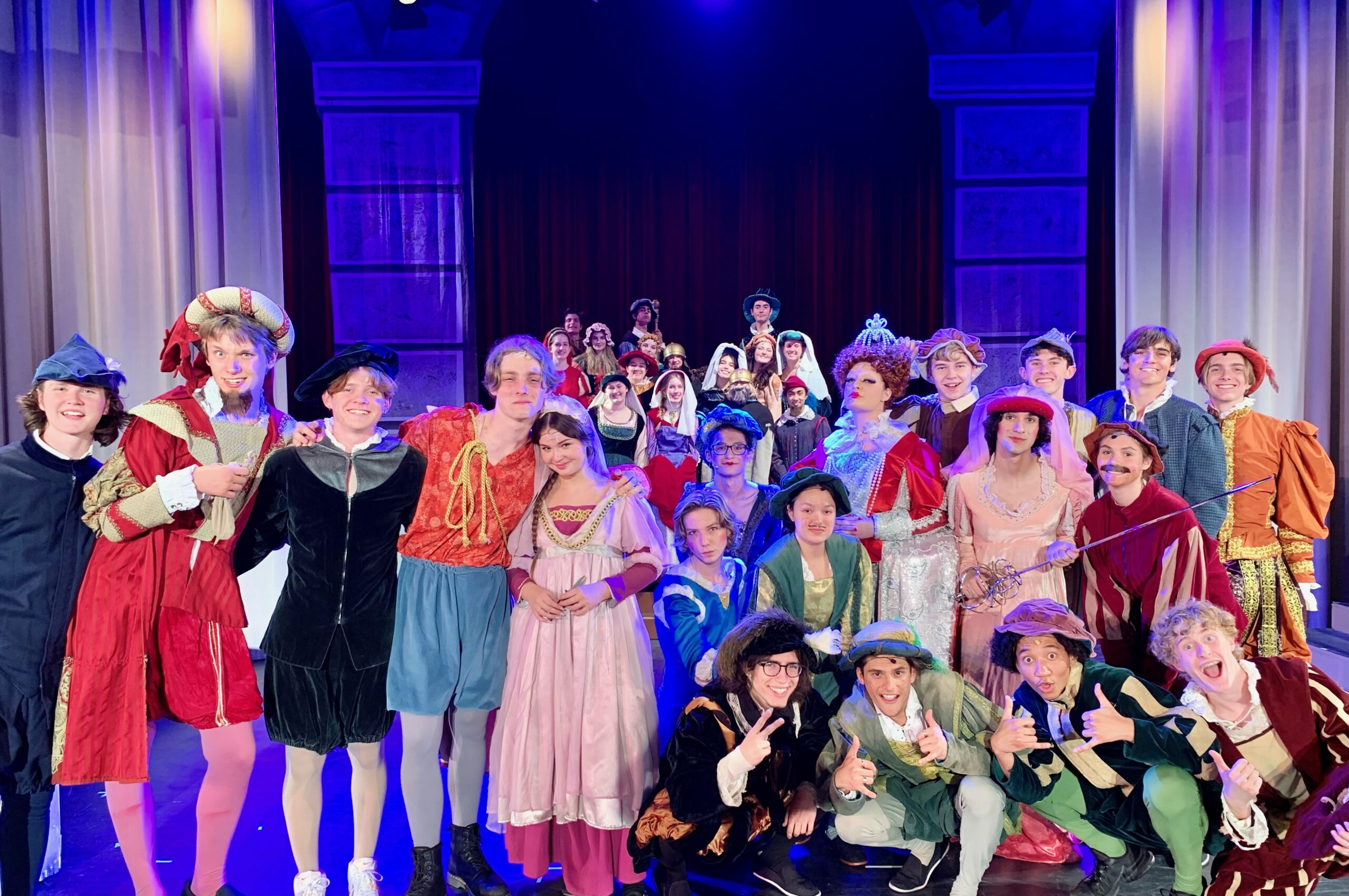 The John Burroughs High School Drama Department presents its final production of the 2021-22 season, Shakespeare in love, for three performances on Friday, Saturday and Sunday May 6-8.

Shakespeare in love tells the story of a young William Shakespeare in the throes of writer’s block with a deadline for his new play on the horizon. Will overcomes his writer’s block by drawing inspiration from his new muse, Viola, while Viola will do anything to be cast in Will’s next play, including breaking the law.

There’s a mistaken identity, theatrical behind-the-scenes scenes and constant storylines in this stage version of the 1999 Academy Award-winning Best Picture, written by Tom Stoppard, Lee Hall and Marc Norman. As young Will falls in love with Viola, the story is alternately romance, drama, tragedy, and comedy.

“In March 2020, when we were sent home and our school went virtual, my students and I were working on a production of Shakespeare in love, which unfortunately had to be cancelled,” commented theater teacher and director Guy Myers. “We are thrilled to finally be able to stage this romantic comedy! It celebrates the joy of the creative process and the art of theater!

“Putting a production together is never easy, and this adaptation of the Oscar-winning film underscores the ridiculousness of the rehearsal process and all the insurmountable odds a cast and crew must face to make it to opening night,” Myers continued. “Part comedy, part romance and part tragedy, this production has something for everyone and will leave audiences smiling.”

“I’m so proud of the dedication of the students this season, in a year that has been tougher than any other we’ve faced,” he added. “They remained enthusiastic, hardworking and always fun!”

“This role is an absolute dream as I’ve been a lifelong fan of the film,” commented junior Sophie Pollono who plays Viola. “This is my freshman year in the drama program as I transferred to Burroughs as a junior and had the best time!”

“This show is a business, but as someone who loves Shakespeare, it’s so much fun!” she said too. “I hope audiences enjoy all of our hard work and this incredible play which is a love letter to the creative process and to theatre.”

Performances are held at the John Burroughs High School Auditorium, located at 1920 W. Clark Avenue in Burbank. The curtain rises for Shakespeare in love Friday May 6 and Saturday May 7 at 7 p.m., with a Sunday morning at 2 p.m. on May 8.

The show lasts 2h15 with a 15 minute intermission. Tickets are $22 for adults, $17 for seniors, $12 for students, or $10 with an ASB card. Tickets are available in advance at jbhsdrama.com.