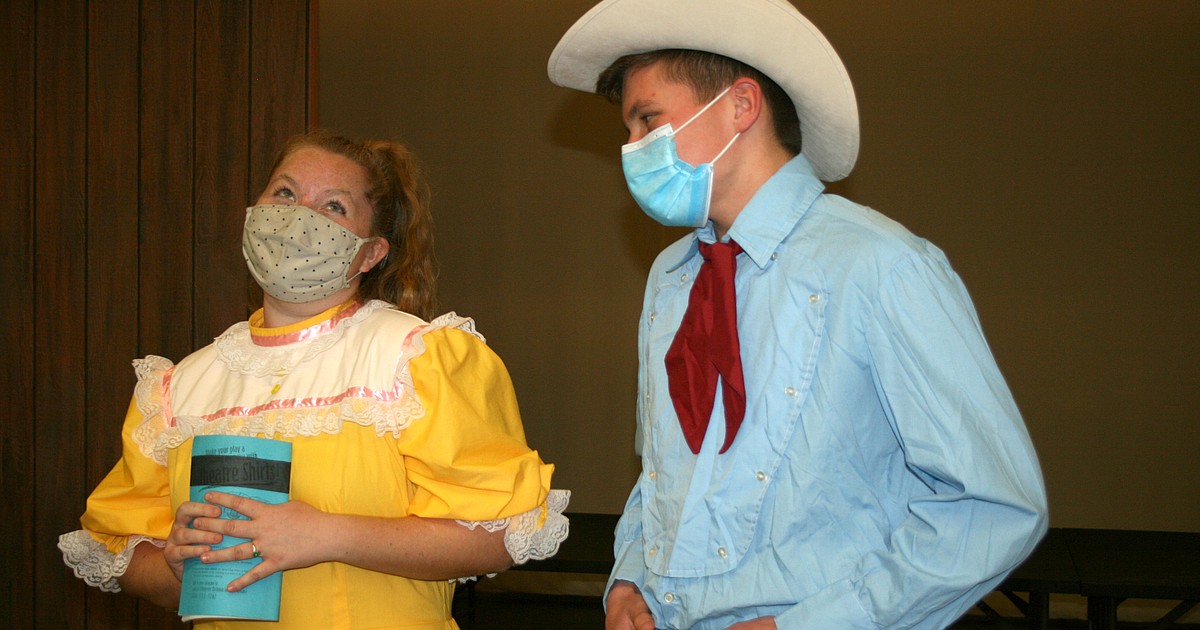 Back to the boards: heroes, villains and melodrama at Othello High School play

OTHELLO – The curtain rises Thursday on a story of deception, shocking twists and turns, true love, nefarious acts and their failure presented by the Othello High School Drama Club.

This is the first time in over a year that the theater club has performed live or not at all. Extracurricular activities have been one of the victims of the COVID-19 pandemic, which has closed schools across the state and forced them to drastically revise their schedules.

Drama club advisor and manager Tom Christensen said an old-fashioned melodrama seemed to be the ticket after a year off.

â€œAfter not being able to do a show last year, I wanted to do something that wasn’t going to be a lot of serious work,â€ Christensen said.

The play tells the story of a touring cast of actors, with lead actress Sunny Day (Madison Giles in the OHS production) committed to bringing culture to the Arizona Territory. But in a shocking twist, every town the troop spawns appears to have a spate of thefts.

Texas Ranger Johnny Lasso (Dallin Freeman) is on the trail of the mysterious thief known only as Gentleman Dan. Does the thief have any connection with Noble Heart (Adrian Mendoza), the leader of the theater group?

Or maybe there’s yet another shocking twist.

Christensen said he was happy to be back on stage.

â€œIn some ways it was kind of nice to have a gap year,â€ he said. “But it was above all a challenge”

Many of the kids at the theater club depend on it as a creative outlet and a social circle, he said.

â€œIt’s really a pretty tight-knit group and I think they missed each other,â€ said Christensen.

Getting back to the rhythm of production was a bit of a challenge for the director.

â€œThere was a bit of a learning curve, a memory curve,â€ he said. â€œThe things that had become a habit were not at the heart of my concerns. ”

The play has a cast of 24 between the townspeople – some with secrets to hide – the cast of actors and bickering villains, and six people on the backstage crew. Christensen said it was a good turnout, but not surprisingly, since the drama club put on some big and tough productions before the pandemic interrupted life.

The drama club’s last play, in 2019, was “Seussical”, the musical based on the works of legendary children’s author Theodor Seuss Geisel, known as Dr. Seuss.

â€œThere was a very large cast and the kids had a lot of fun. We had a lot of repeaters from this experience, â€he said.

The theater club has done rehearsals with masks, but they will be allowed to perform without them, Christensen said.

Tickets are available at the door and cost $ 8 for adults, $ 7 for seniors and Huskies membership card holders, $ 5 for children and students, and $ 4 for students in the School District. ‘Othello with an ASB card.