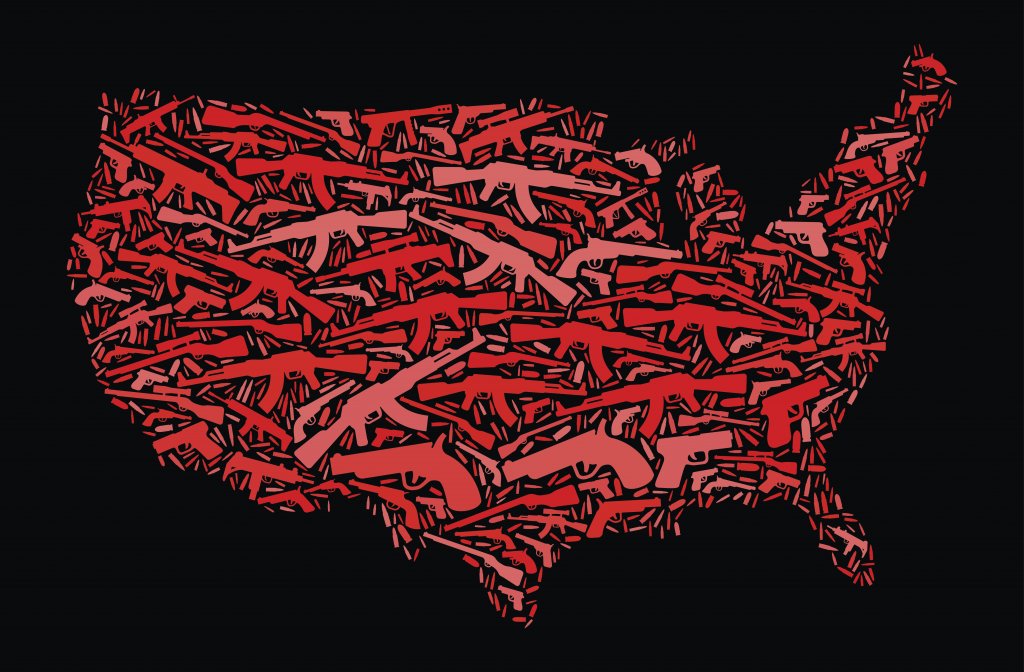 Astra audio: Kansas native and his messy roadmap to compromise on guns

Former arms industry insider on his battle with the NRA

Gunfight: my battle against the industry that radicalized America

Sometimes an insider from a secret corner of the world reveals the secrets of a tobacco company, a social media giant, or a corrupt corner of government. Hearing the stories of these repentant initiates, I sometimes wonder how they could be so aware now of the sins of their past lives, but previously so supportive of what they are now exposing and criticizing.

So it is with “Gunfight”, the new book by Ryan Busse, originally from Kansas.

The book, recently promoted on the NPR “Fresh Air” program, provides a scathing, hidden view of the gun industry that should set even the most pro-gun Americans back. The reality behind the scenes of the NRA and the gun companies is worse, Busse reveals, than we imagined.

Busse’s access takes us into the bowels of the arms industry. Office stories from his time at gunmaker Kimber America include Busse’s boss interviewing him for work at a strip club, where he frequently holds meetings. On another work day, a coworker accidentally unloads a gun, scaring another coworker so much that he escapes from the office through a window. The company’s accountant embezzled millions into a program that funded Hollywood film productions and supported Mistresses. In the ultimate irony, his company headquarters install bulletproof glass to protect some employees but not others.

However, the gun industry described by Busse also has a Machiavellian and efficient advantage. Weapons manufacturers are innovating in polymer-based pistols that generate greater profits. The NRA and gun advocates renamed the AR-15 from an assault rifle to “America’s Rifle”. And Busse’s own business thrives in a market that encourages the hidden carrying of pistols. The tactics add to a gun industry that has not only increased sales, it multiplies them and then multiplies them again.

In almost every chapter, Busse links the NRA’s pro-gun political tactics to President Donald Trump’s cultivation of his host of violent supporters. Busse writes about how the Republican Party has previously championed country club decency. Likewise, it traces the evolution of the NRA from a distinguished group of sportsmen dedicated to gun craft and safety to an ever-bustling religious group dedicated to openly carrying deadly assault rifles and intimidating his own son. The Trump ascendant owes his playbook to the NRA, he says.

Busse is proud of his small town Kansas values. He grew up as a “ranch boy” in western Kansas, near the Colorado and Nebraska borders. There, her father taught her the importance of gun safety as the family hunted for food. He remembers how a moment of unbridled gun violence in his family left its mark on those he loved.

Busse’s political journey also began in Kansas. In his youth he was reflexively okay with liberal bumper stickers. From there, he strengthened his allegiance to the NRA and conservative politics, swallowing racist jokes and threats against Democrats.

How does this man become a literary whistleblower against the gun industry?

First, Busse humbly blames himself, admitting that he could have done more and sooner to resist the dangerous lies and political tactics endorsed by the NRA. He even counts the years – breathtaking 16 years – that he stayed in a job he often found disgusting. He describes himself as flawed while also listing the flaws of the NRA, the gun industry, and his own business.

Indeed, the central tension of the book might be whether or not he should have come out sooner and how he could have quit the company. That kind of honesty is vital because it’s not much fun spending a few hundred pages with an unrepentant narrator dismantling old colleagues without thinking about your own sins.

In this way, the interview and audiobook are satisfying: Busse’s honesty makes him likable, while also revealing his past actions as flawed.

However, such a mercurial shift from the gun lobby to writing a book like this creates blind spots for Busse. The audiobook describes the work of the NRA and the gun industry to punish Smith and Wesson for the company’s willingness to negotiate with President Bill Clinton. Busse was instrumental in organizing a boycott that ultimately brought down the company’s CEO and hampered further reforms. Busse compares his allegiance and the loyalty of thousands of NRA members to soldiers called up.

In my opinion, the wartime comparison seems wrong, especially in the early years of his work. In times of war, soldiers have a duty to serve others. The NRA is selfish, from its CEO’s costly suits to its drive to continually increase gun sales.

The correct metaphor here seems less about war than bullying. The NRA has tipped the scales so much that our national gun debate is not a war. It’s too asymmetrical. Much like the Trump administration that would follow, intimidation has allowed the NRA to repeatedly defeat its opposition. Busse describes how the NRA’s guidelines in the 1990s were never sufficiently official or coordinated to prove antitrust in court.

This informal but authoritarian influence was another lesson the Trump White House learned from the gun industry as Trump threatened and eliminated people without official documents to prove wrongdoing.

The enduring legacy of the book should be an acknowledgment that the NRA has systematically and deeply programmed into us a reflex to demonize each other. Profits from their industry, Busse explains, are based on a country divided by race and conflicting views on the Second Amendment.

Listening to Busse, we come across a valuable guide to today’s culture. He explains how he fails to fit into America’s political binaries: To date, he defends the right to own guns, but wonders why the industry isn’t looking to design more. sure. He speaks out against drilling on public lands, but he acknowledges that he helped create a mad racist gun mob that elected President Trump. These contradictions defy the conventional red vs blue categories.

Busse’s non-binary political stance elevates the book and the interview as rare and valuable in America today.

What did we miss? E-mail [email protected] to tell us about a Kansas-based audio program that would be of interest to Audio Astra players.