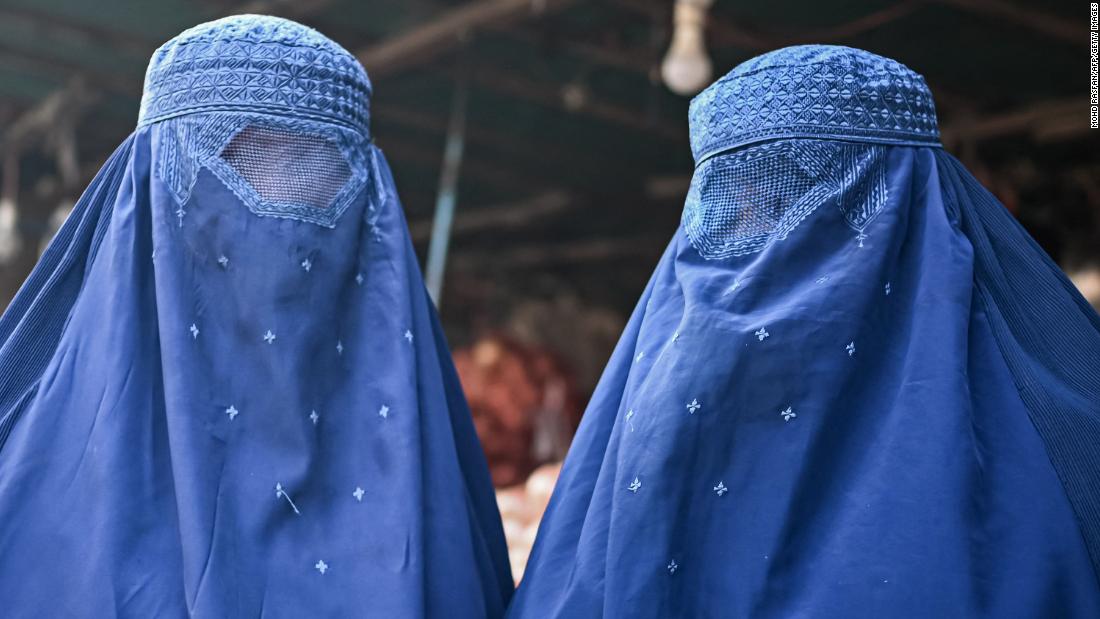 Mohammad Sadiq Hakif Mahajer, spokesperson for the Ministry for the Propagation of Virtue and the Prevention of Vice, told CNN that the new law – prohibiting women from long-distance solo travel – had been enacted. He said it was designed to prevent women from suffering any harm or “disruption”.

The new rules also call on drivers not to allow women without veils to sit in their cars, and say that drivers “should stop their cars in an appropriate place during prayer time to perform the prayer.”

The Taliban have also imposed new rules on music and alcohol; Drivers are prohibited from playing music in cars, and “the use or transfer of intoxicating objects in the car is strictly prohibited,” say the rules.

Since taking power in August, the Taliban have tried to present a moderate face on women’s rights as they attempt to restore frozen foreign aid.

But the presence of women and girls in public life has become precarious. Many across the country are not allowed to return to secondary schools. Those who have resumed university courses are separated by a curtain of their male peers.

Restrictive rules like a stay-at-home order, which was touted as temporary, dragged on. Most women still cannot return to work, having been excluded from a range of jobs, including government and entertainment television.

In November, the women were prevented from appearing in TV series, soap operas and entertainment shows under the Taliban’s new media restrictions. Among the guidelines, women news presenters must now wear the headscarf on screen. Likewise, men onscreen must wear â€œappropriate clothingâ€, although the guidelines do not specify what types of clothing are considered â€œappropriateâ€.
The Taliban also abolished the Ministry of the Status of Women, a key body in promoting women’s rights through Afghan laws. They also overturned the law on the elimination of violence against women, signed in 2009 to protect women from abuse, including forced marriage, leaving them without recourse to justice, according to the UN.

Eliza Mackintosh of CNN contributed to this report.