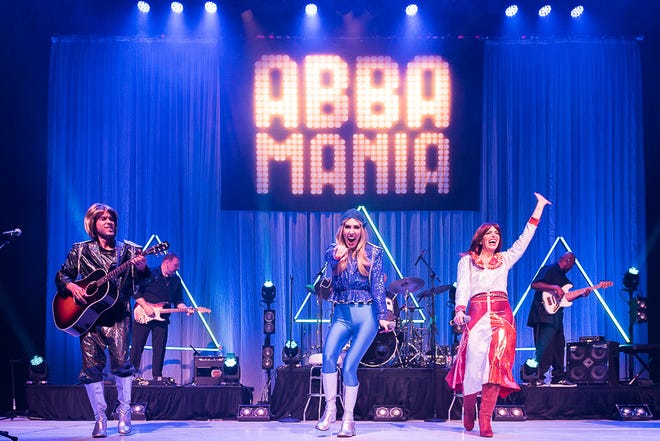 Between the cold winter temperatures and the omicron that keeps people isolated, cabin fever can run rampant. Fortunately, the possibility of mystery and mania is just around the corner, and it will be entertaining.

This Sunday, the ISU Center for the Performing Arts presents ‘ABBA Mania’, the world’s number one touring ABBA tribute band, which has entertained audiences around the world for over 20 years. On February 7, The Legacy Theater kicks off another “Mystery Movie Monday.”

ABBA’s music has pounded its way through the years and found its way into musicals like “Mamma Mia.” The music of the former Swedish supergroup continues to offer an upbeat opportunity to relive the memories of the band that conquered the world of disco. In this two-hour recreation of ABBA’s final concert, “ABBA Mania” will perform uplifting, danceable, and heartbreaking songs in 1970s flamboyance complete with costumes, staging, lighting, and effects.

Following:“Ladies and gentlemen: the weekend! » 5 things to do when traveling to Springfield

Audiences can expect to step back in time and get into the excitement. “It comes down to the fun and energetic music that defines the ABBA experience,” said Bryan Rives, director of performing arts services at ISU. “Audiences can look forward to an evening of their favorite ABBA hits performed by some of the finest ABBA tribute artists touring the world today.”

Rives encourages ticket purchasers to be sure to review the latest ISU COVID protocols in effect at UISpac.com. “We do not automatically provide empty seats between ticket holders, but strictly enforce other protocols such as requiring proof of a negative COVID test taken within the previous two days or proof of be fully vaccinated. Currently, proof of a booster shot is not required. Additionally, masks must be worn at all times and concession stands will remain closed for this event. »

Similar measures are in place at the Legacy Theatre. “Guests should follow COVID protocol as outlined on our website,” said Scott Richardson, executive director of the theater. “We aired the last two offerings of our 2020 series. We didn’t do the series in 2021. The 2022 series is back in person.

“Mystery Movie Mondays” has been an annual series since 2018, except for last year. The first Monday of every month until May is shrouded in mystery as to which film will be screened. When the curtain rises, guests are surprised by a movie that could be comedy, drama, suspense, musical, romance or western. But no horror movies. Films could span from the 1930s to current titles with film ratings of G, PG, PG-13 or R. Films created before 1968 are not rated, Richardson noted.

“Films are chosen by Andy Egizi, one of our volunteers,” said Richardson, “Nancy Buecker, and myself. Andy and Nancy know almost every movie ever made, and I’m the test dummy who n haven’t seen next to nothing. We get together a few weeks before each movie to decide what will be shown next. They quote dialogue from the movie and laugh their heads off while I watch it. It’s hilarious and we’re all having fun .

Egizi stays after the film to discuss the film with clients. After each film, guests join a discussion with Egizi, who teaches “Hollywood Heritage: The Studio Age” at ISU.

Although the series debuted in January, customers still have the option to purchase the season pass for the following Monday’s event at a discounted rate, but no discounts will be offered after the February viewing.

Or: ISU Center for the Performing Arts

When: 7 p.m. on Monday, February 7, continuing the first Monday of each month through May

Did the theater and the regional theater have their last curtain?