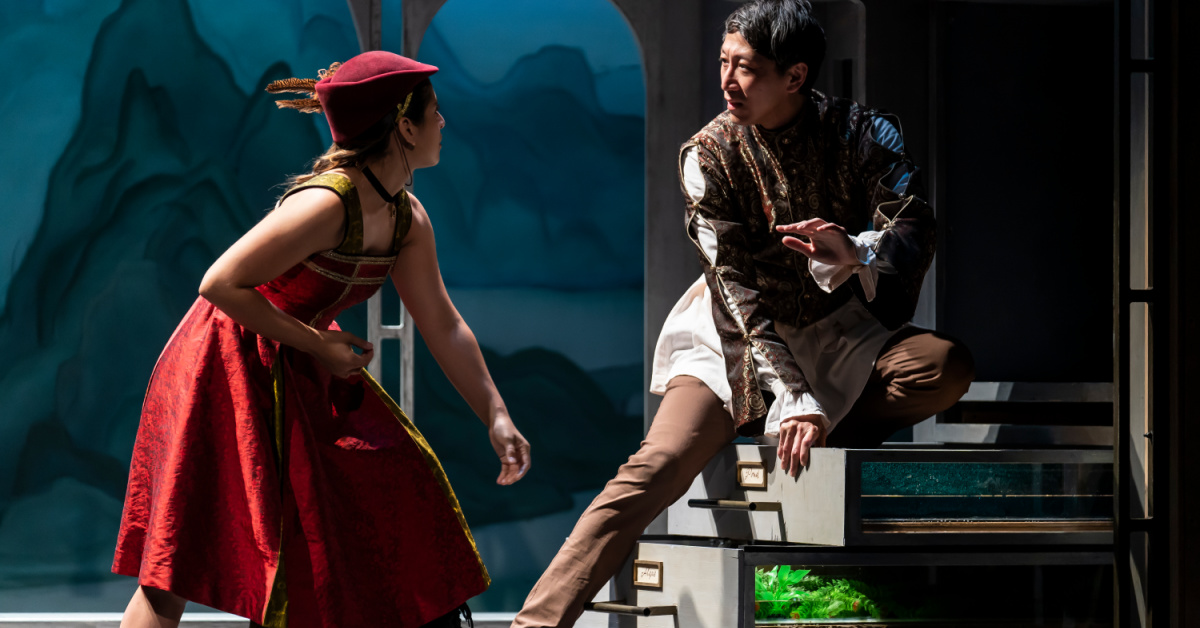 A captivating exploration of genius at the Klein Theater

WASHINGTON, DC – Honoring the genius of da Vinci, writer/director Marie Zimmerman takes us into the mind of the master through his observations. Presented in magical realism, she interweaves her observations on the science of the universe in an extraordinarily elegant way – casting actors accomplished in the art of kinetic movement and physical expression through mime, gesture and the speech. “Leonardo da Vinci’s Notebooks” is an elegant exploration of the thought-provoking revelations of Leonardo da Vinci. “Moments are the limits of time,” he explains to the audience.

Da Vinci’s thoughts and experiences were far from trivial. He studied and analyzed everything, from vanished perspective to the dynamics of movement, in order to achieve mathematical perfection through his painting. Through the conceptual drawing, “The Vitruvian Man”, he devised ways of thinking to explain how the physical body should be represented on the canvas through what he called “the harmony of proportions”. With this work, he concluded: “The body is a machine.

In performance, Acrobatic Consultant Sylvia Hernandez-DiStasiwith Motion Consultant Tracy Walsh, present these complicated intellectual concepts in lyrically (and often humorously) choreographed vignettes. They are designed to express the logic and conclusions of da Vinci as he endeavored to explain all earthly life.

Complex ideas are beautifully represented; however, the spirit of the artist’s reflections is always central. Expressed through an exceptional cast, practiced in balletic movement and speech, witnessing such art is sensuous, breathtaking and intellectually stimulating. None of their movements are superfluous. For example, it is used perfectly when da Vinci reflects on the flight of a bird. “A bird is an instrument that works according to a mathematical law,” he says.

Da Vinci was curious and examined everything from the folds of curtains to the intricacies of nature.

Very creative, extraordinarily elegant and utterly enchanting, I would give it five stars (if I gave stars).

Theater champion and educator Sheila Livingston, who touched thousands of lives, dies at 93