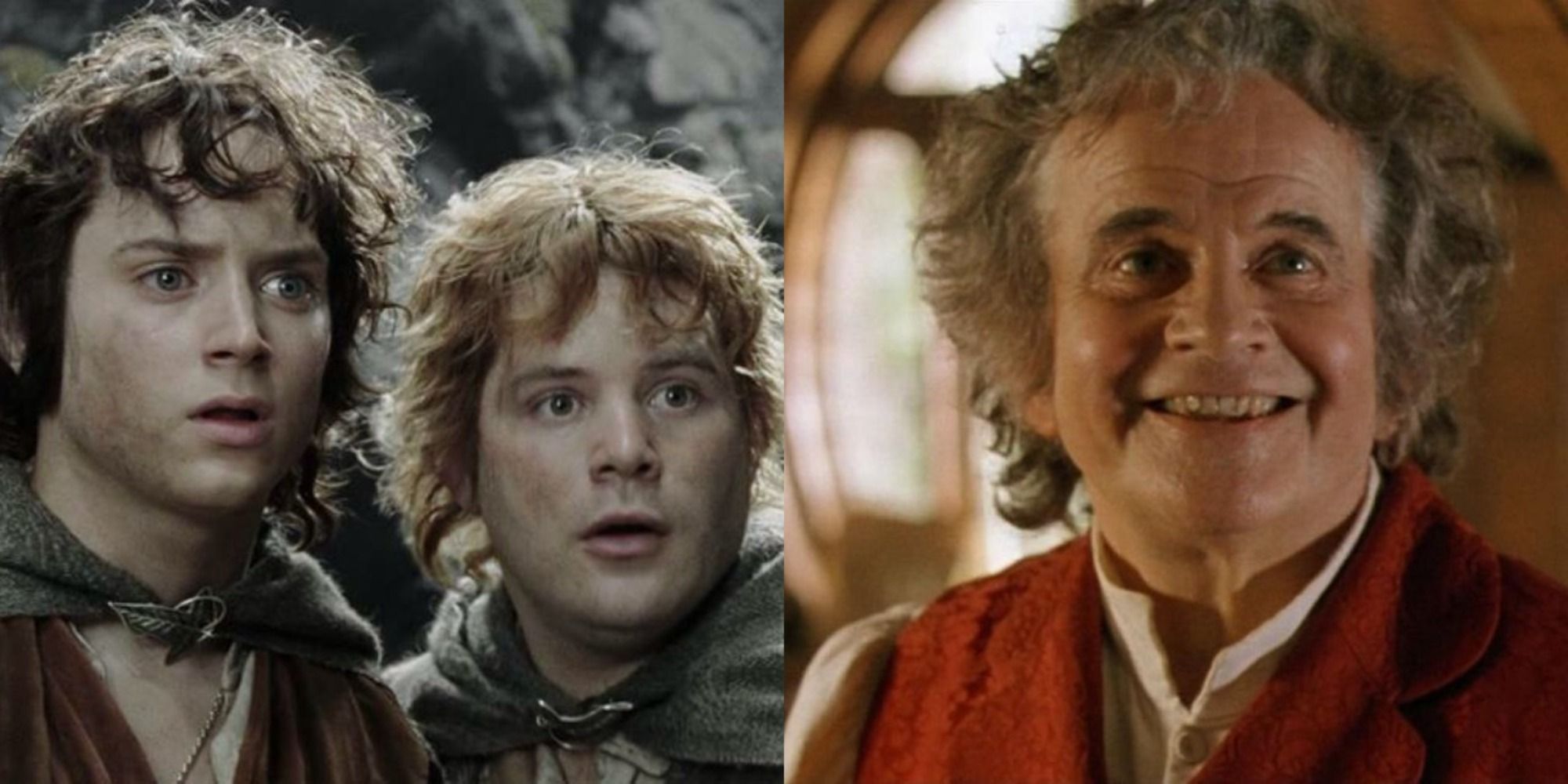 10 Best Quotes From The Lord Of The Rings Trilogy, According To Reddit

Fans have been waiting years for more the Lord of the Rings lore and, in September 2022, they will finally get it as a TV series on Amazon Prime. It is said to take place thousands of years before the original trilogy as well as The Hobbit trilogy, serving as a prequel.

Related: Each Main Character’s Happiest (And Saddest) Scene In The Lord Of The Rings

The Lord of the Rings the films are of course based on brilliant literature filled with timeless quotes that, while based on fantasy, are very much about life. One Reddit user may have put it best when saying, “We don’t just have one favorite LoTR quote,” but fans still weighed in on multiple threads to discuss some of the best from the trilogy.

“All we have to decide is what to do with the time given to us.”

Like much of what Gandalf has to say, this line is perhaps one of the heaviest in the trilogy. It seems like such a small thing but comes with a big responsibility involving crucial decision making regarding a person’s time on earth, or in this case, Middle-earth.

Reddit user thefrozenfoodsection says, “Tolkien has a way of distilling situations like this down to its raw elements and expressing it in beautiful and tragic ways.” He asks the audience to think about what they will do with their time. Wasting it or making the most of it?

“It’s a dangerous business, Frodo. Getting out of your house. You put your foot on the road, and if you don’t keep your feet, there’s no telling where you might be taken.”

At the start of the first film, as Sam and Frodo are about to leave, Sam understands the weight of their journey, that they are about to cross a threshold. Arguably one of Bilbo’s best quotes, Frodo remembers what Bilbo once told him and it’s plenty of leeway on their long journey to Mount Doom in Mordor.

Jay_Sarais says, “I just think that sums up the spirit of adventure that the books embody and the journey into the heart of the story.” Jay is right to explain that’s what it’s really about: seeking certain freedoms and liberties that have long since been lost in Middle-earth. Bilbo’s wisdom reminds the audience that life is meant to be lived. People have to get out of their homes and onto the road to do it.

“End? No, the journey doesn’t end there. Death is just another path… A path we must all take. The gray rain curtain of this world recedes and everything turns to silver glass… And then you see it…White shores…and beyond, a very green country under a rapid sunrise.”

Before the last battle Fellowship of the Ring, Pippin receives wisdom from Gandalf in a vulnerable moment. It’s the kind of encouragement Pippin needs to move forward. Soon after, audiences watch him dig deep and find a fight in him braver than most. One could argue that Gandalf saying this gives him the motivation to use that courage.

Related: 10 Things Everyone Completely Missed In The Lord Of The Rings Trilogy

Reddit user Protespojken says, “I almost can’t handle it.” It’s a moving line that somehow reminds fans that no matter how bad life is, the best is yet to come.

“There’s good in this world, Mr. Frodo. And it’s worth fighting for.”

This one comes after a great monologue delivered by Samwise Gamgee in The two towers when Frodo asks him what they care about. It’s a poignant moment in the film where the hero must decide whether to continue or not. Reddit user SaiMan said, “I get goosebumps when I hear this.”

It’s a point of no return and Sam says it exactly when Frodo needs to hear it the most. He also seems to hit Gollum in a way that surprises even him. Another Reddit user agrees, adding “it’s a big truth of life.”

“How about side by side with a friend?”

In Return of the King, when Gimli realizes he might not make it out of the final battle alive, he admits he never thought he would die fighting alongside an elf. However, in a moment of kindness, Legolas responds with this quote.

For Reddit user Rowan_As_Roxii, they really enjoyed this scene because it showed that “their friendship [was] healthy.” It’s a sweet moment that tells the audience that their nudges towards each other (Elves and Dwarves) may have started personally, but they loved each other. Who can’t relate to a quote about an unexpected friendship?

Fans claim that out of everyone, Sam was the one character who didn’t really have a reason to embark on this journey other than friendship. This line represents how deep his loyalty and friendship run. In other words, he can’t take away Frodo’s trauma caused by the Ring, but he can support Frodo no matter what – a truly selfless thing to do.

Bilbo To The Hobbits At The End Of Bag

As one of the trilogy’s lightest lines, it’s met with an uncomfortable but hilarious silence among the Hobbits in the crowd, as well as a smiling Gandalf. This goes hand in hand with the fact that just before he delivers this line, he calls them “so excellent and admirable” Hobbits.

Reddit user gerpaz thinks it’s so applicable to daily life and another named YohannaLPDJ jokes, saying, “My fiancé wants to use this in his wedding speech.” It’s easy to imagine he’s as hilarious as he is in the Shire.

“That still only counts as one!” »

Many fans would agree that Legolas’ strongest character traits are his quick and agile ability to take down enemies. In Return of the King, he and Gimli face off by adding up their number of kills. After Legolas impressively kills a number of orcs as well as the huge elephant they ride, Gimli tells him that all that effort only counts as one. Reddit user HeatherFeather11 says the line cracks her up every time.

The two have hilarious, friendly banter throughout, such as Legolas making fun of his height, or when Gimli finally gives in and asks Aragorn to dump him but also adds, “Don’t tell the elf.” It’s all fun and games with these two.

“It was pity that stopped Bilbo’s hand. Many who live deserve death and some who die deserve life.”

Towards the start of their journey The Fellowship of the Ring, Gandalf gives Frodo a short story about Gollum. Out of fear, Frodo says that Bilbo should have killed Gollum when he had the chance.

This is an example of how wisely Gandalf uses his power. Gandalf has the power to resolve many conflicts throughout the story, but his purpose is to help the characters choose a moral path. Reddit user hill1205 puts it well, saying, “Gandalf’s real power was his words.” This line could very well alter Frodo’s future decisions.

Aragorn to the Hobbits

“My friends, you bow down to no one.”

In the Return of the King, after Aragorn is finally crowned king, he thanks Frodo, Samwise, Merry, and Pippin with this touching line. Not only does this show his great gratitude, but it is proven by his salvation to them, as well as to the entire kingdom.

Reddit user eequalsmc2 reveals, “That was my first time screaming in a movie theater.” Several fans agree because they know exactly what Aragorn means right now. Hobbits may be the smallest, but their hearts are the biggest.

Next: The 10 Best Lord Of The Rings Warriors, Ranked

Miranda Campbell received her master’s degree in creative writing from Georgia College and State University. She publishes freelance for Triplicity Publishing. It’s a sucker for tacos, The Office, people who can quote The Office, and a good second-hand bookstore. Much of her inspiration comes from her favorite place – her home, Flagler Beach, FL. His work appears in The Laurel Review, Hippocampus Magazine, Santa Clara Review, littledeathlit, The Helix Magazine, Saw Palm, Dime Show Review, etc. My piece is related to the theme of Capsule in that it is an essay on a time when I almost drowned. How in that moment of panic I was able to see something more clearly and for what it was.